After another sound nights sleep in a real bed I made my way down stairs and had breakfast. It was the normal affair with one small difference; after about half an hour I noticed that I was sitting there in my boxer shorts. I’d remembered to put on my tee shirt and flip flops but had completely forgotten my shorts. I did my level best to look inconspicuous and going by the fact that there was no queue of ladies, and no police turned up, I think I got away with it.

After breakfast my plan was to ride to Calabaca to see the Meteora. The down side was that the temperatures inland were almost always significantly hotter than at the coast and today had been forecast to be a real furnace of a day; however, it fitted in with my schedule quite nicely so I was going. I dumped most of my luggage in my room, donned my leathers and made my way out to the bike. I left at nine in the morning with the thermometer reading 35 degrees.

The ride to Calabaca was on nice and fast roads, the exception being Larisa which was a bit of a traffic fest. Two hours later I arrived at Calabaca and after a short ride up to the monastery I was presented with the incredible spectacle that is the Meteora. Taking photographs was a reasonably quick affair as the moment I stopped, I cooked. I rode around to see it from all the various angles and took lots of photographs.

Before I rode back to my room in Agia I decided to visit the tourist shop to see if I could buy a sticker for the bike. They didn’t have a sticker but one of the chaps asked about the bike. It turned out that he studied Economics in London and rode his bike there from Greece. He had a very nice KTM which is far posher than mine. He gave me a Meteora fridge magnet as a souvenir, nice chap.

As the day grew hotter I really felt the need to get back. If I was in shorts and a tee shirt it would have been just about bearable but in those leathers it felt like I was ten minutes away from being dead. Luckily the ride home was easy with the traffic not being too bad in Larisa, the temperature in Larisa hit 46.

As I rode back into Paradies I was greeted by the grinning owner, Demetrius, holding a very welcome bottle of ice cold water for me. Even the locals are finding this intense heat hard work.

I’m now sitting here on the veranda tucking into a very nice souvlaki and a Greek salad.

The trip may well be about to change course for a bit as I’m thinking hard about finding a nice place in the Pelion and chilling for a while.

Anyway, if you managed to read down to this point then I congratulate you, not the most interesting blog today. Hope you enjoy the photographs. 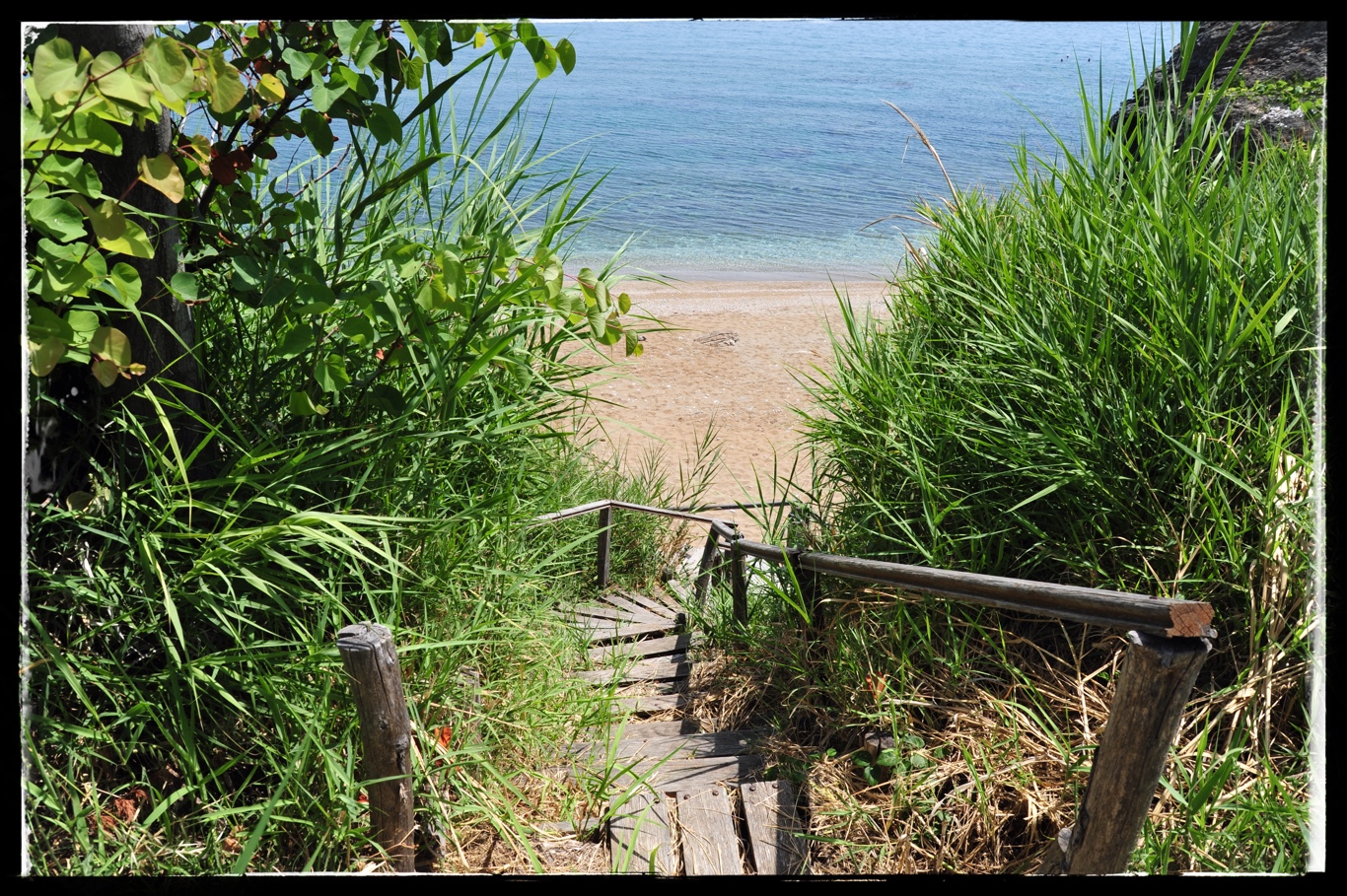 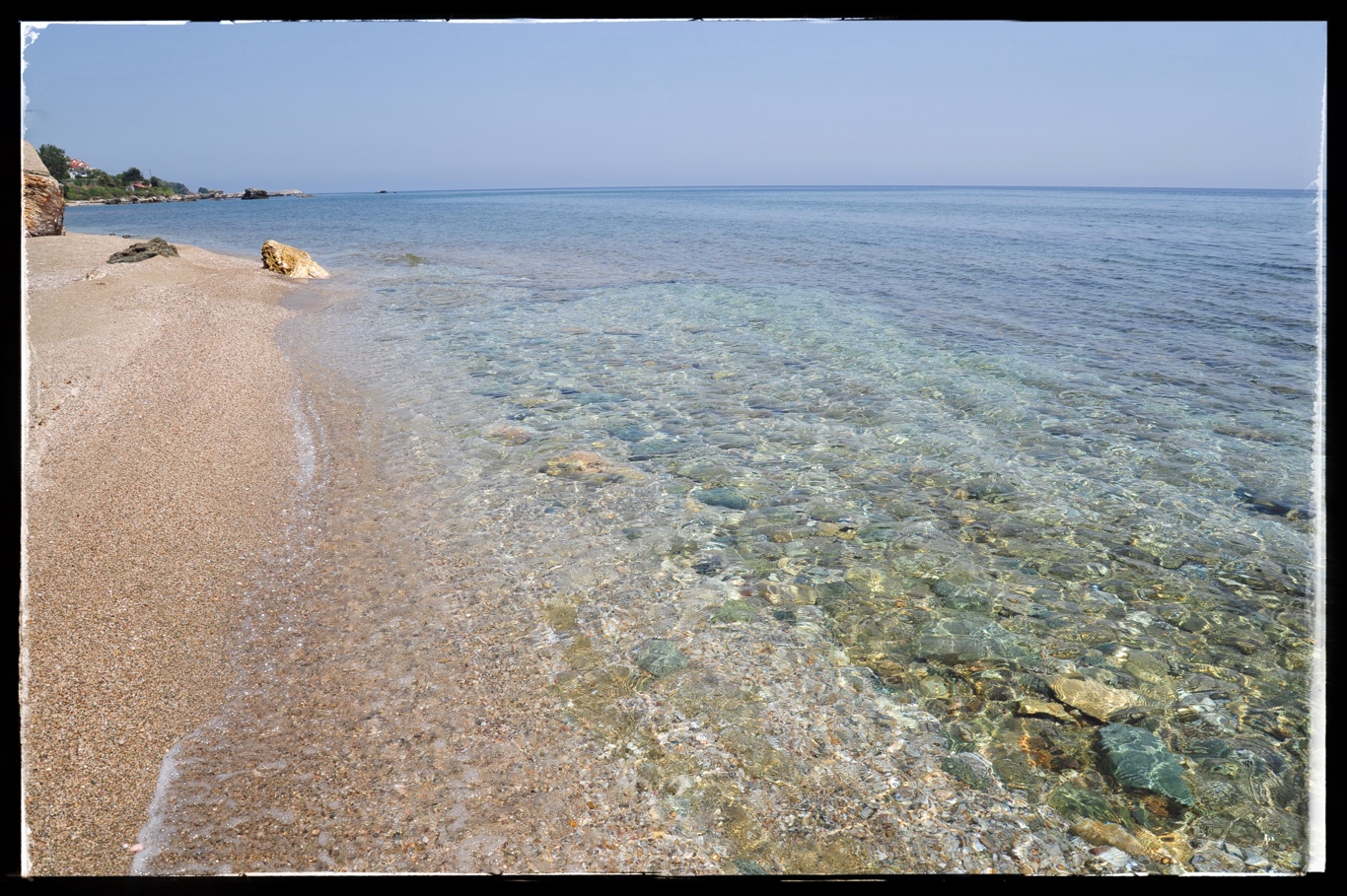 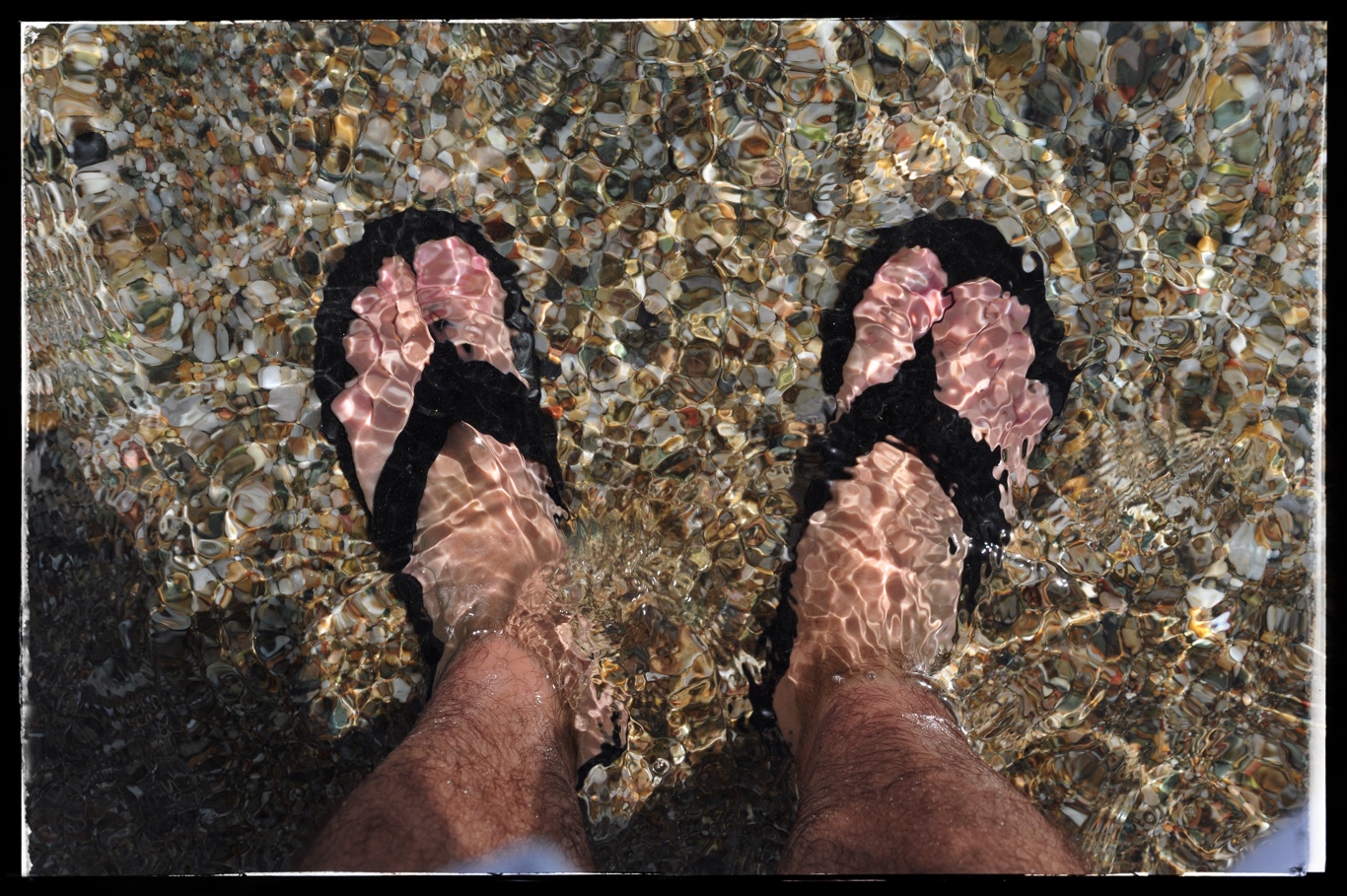 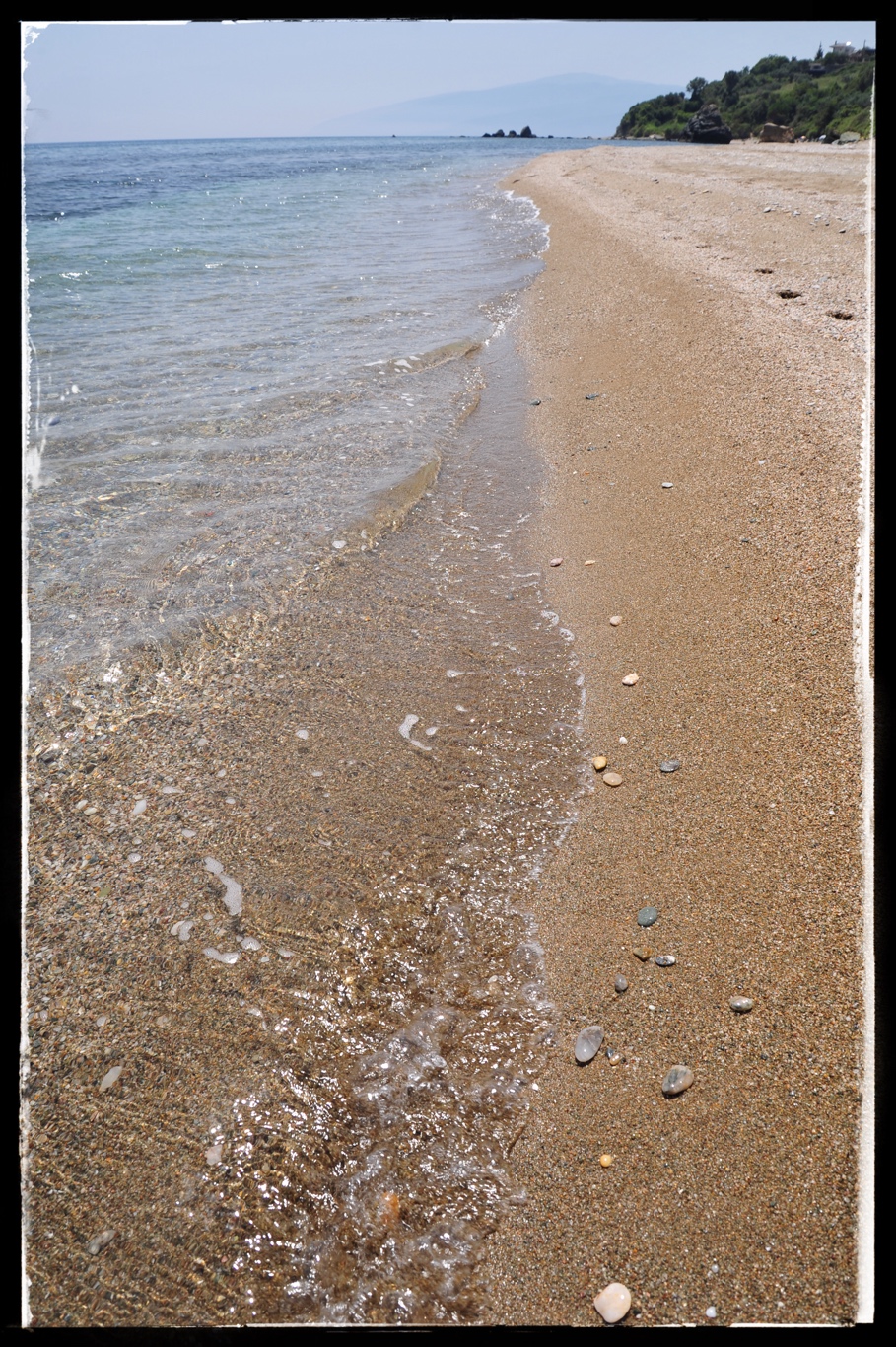 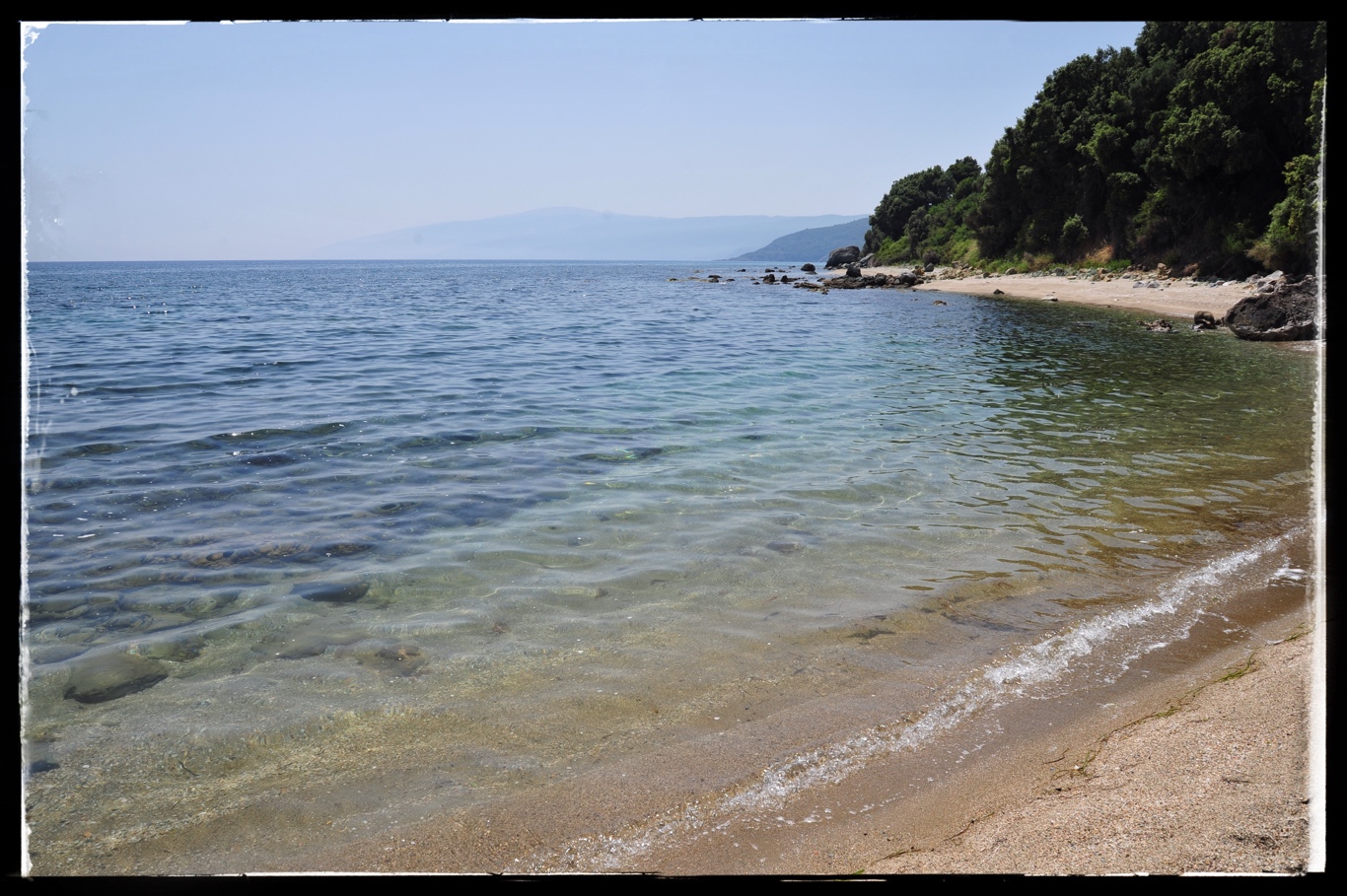 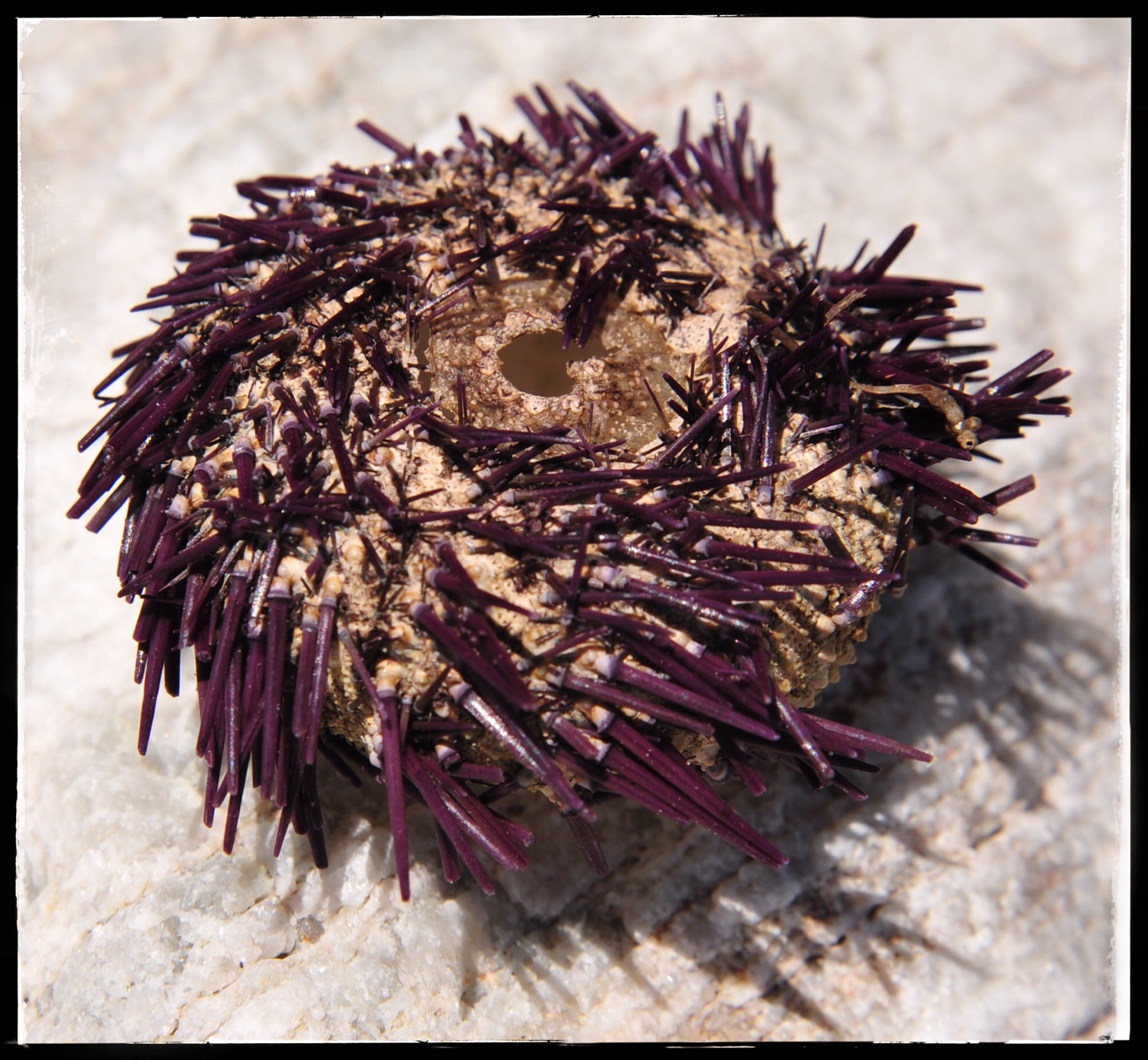 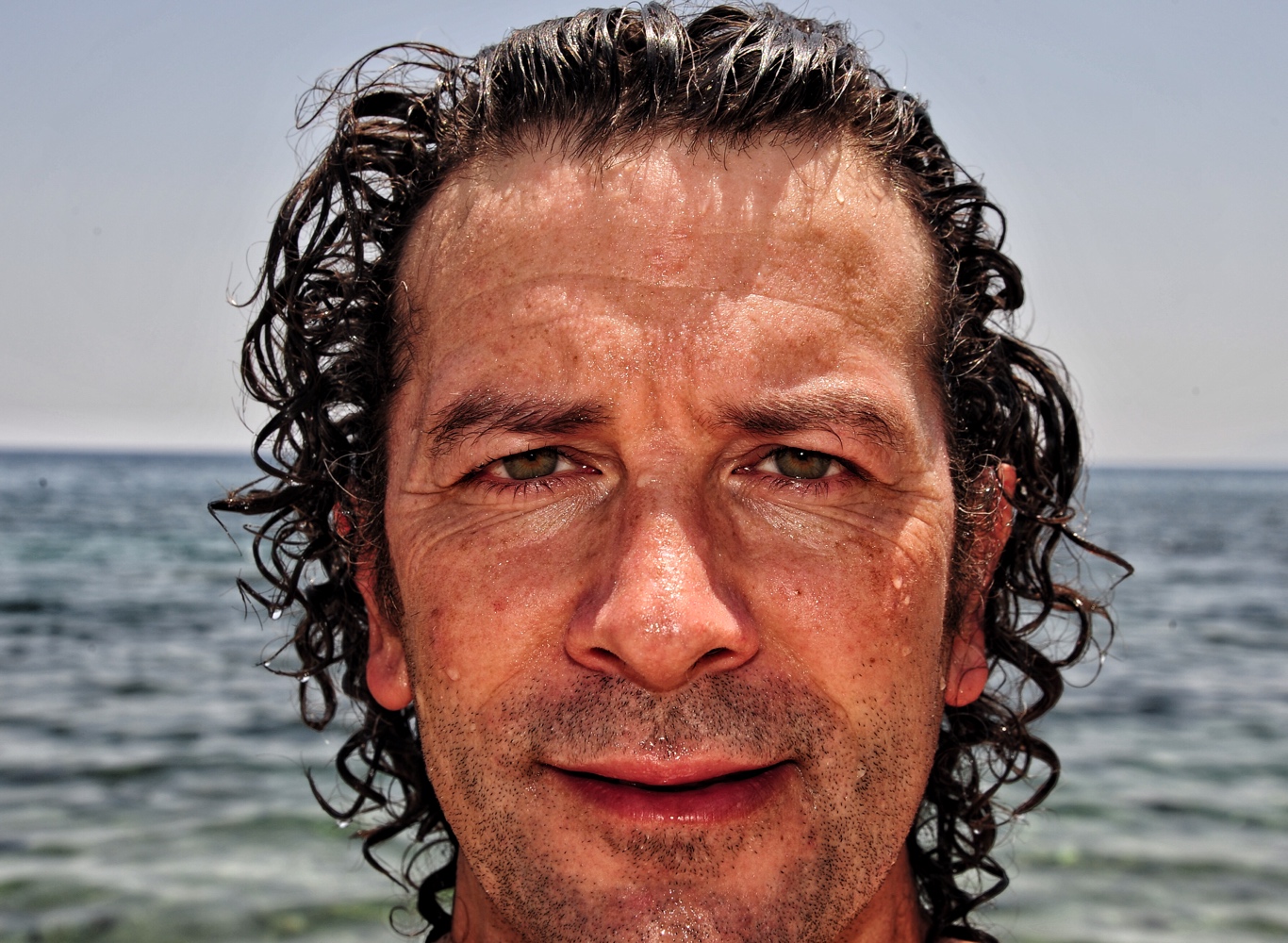 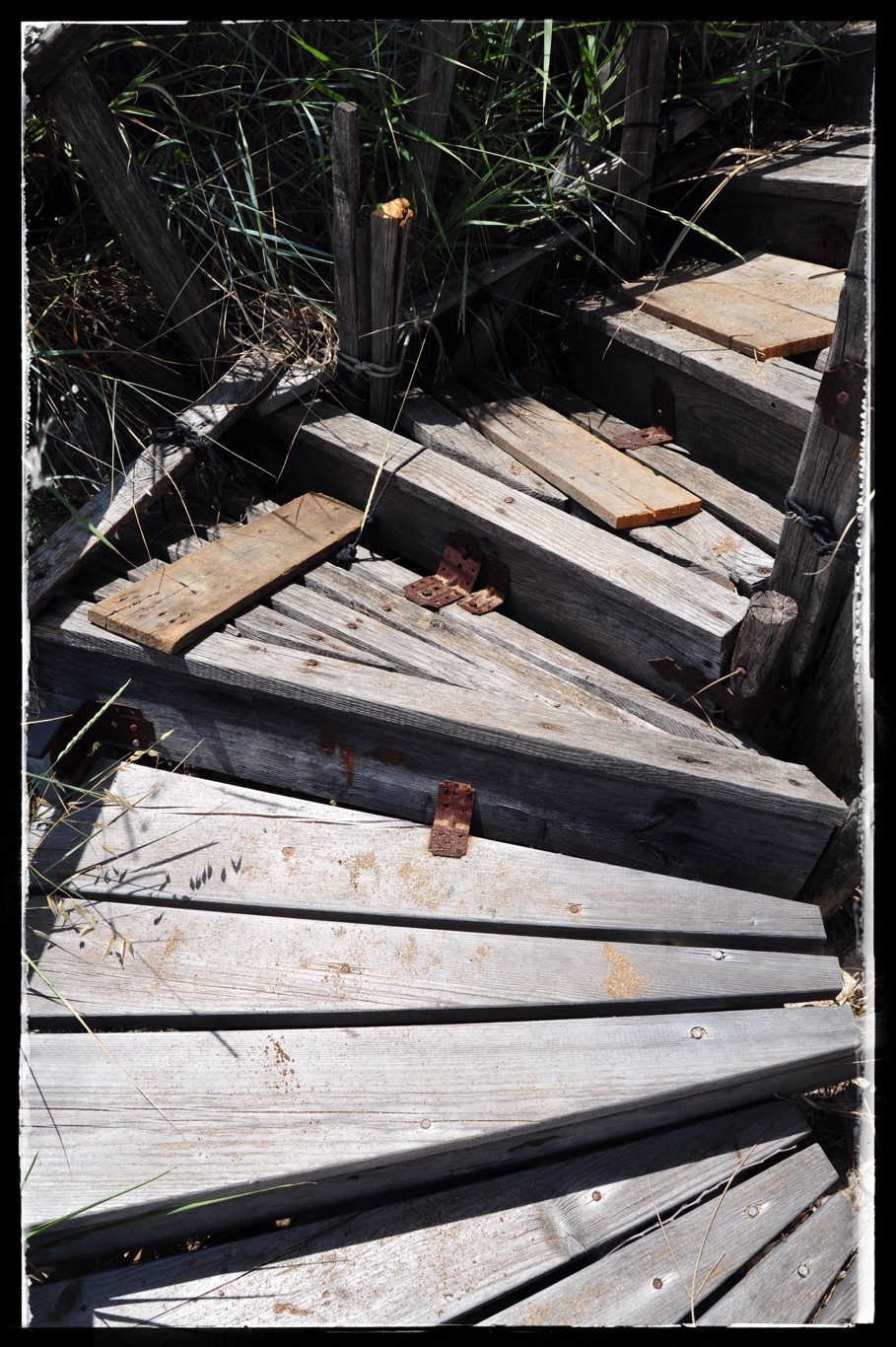 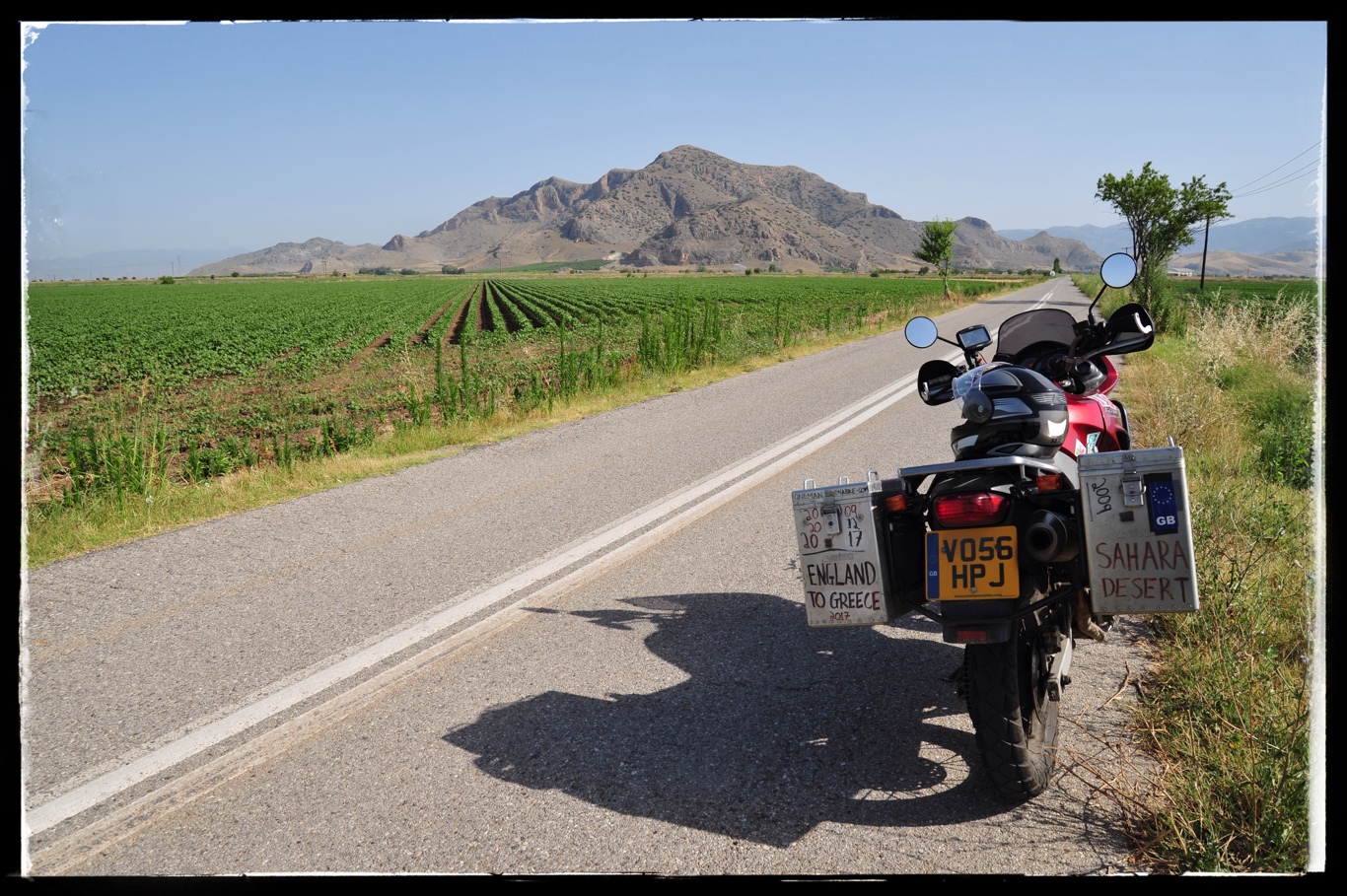 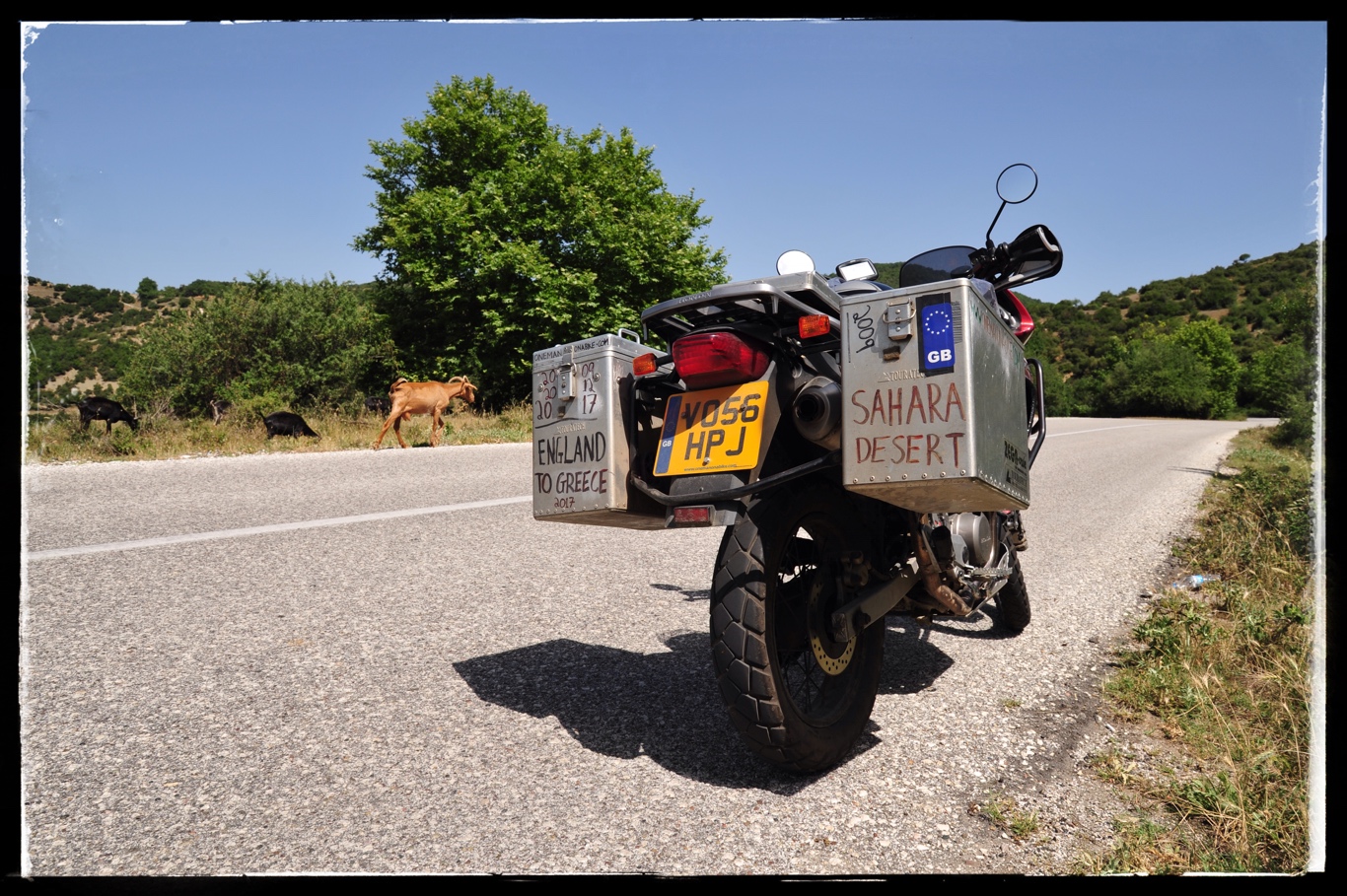 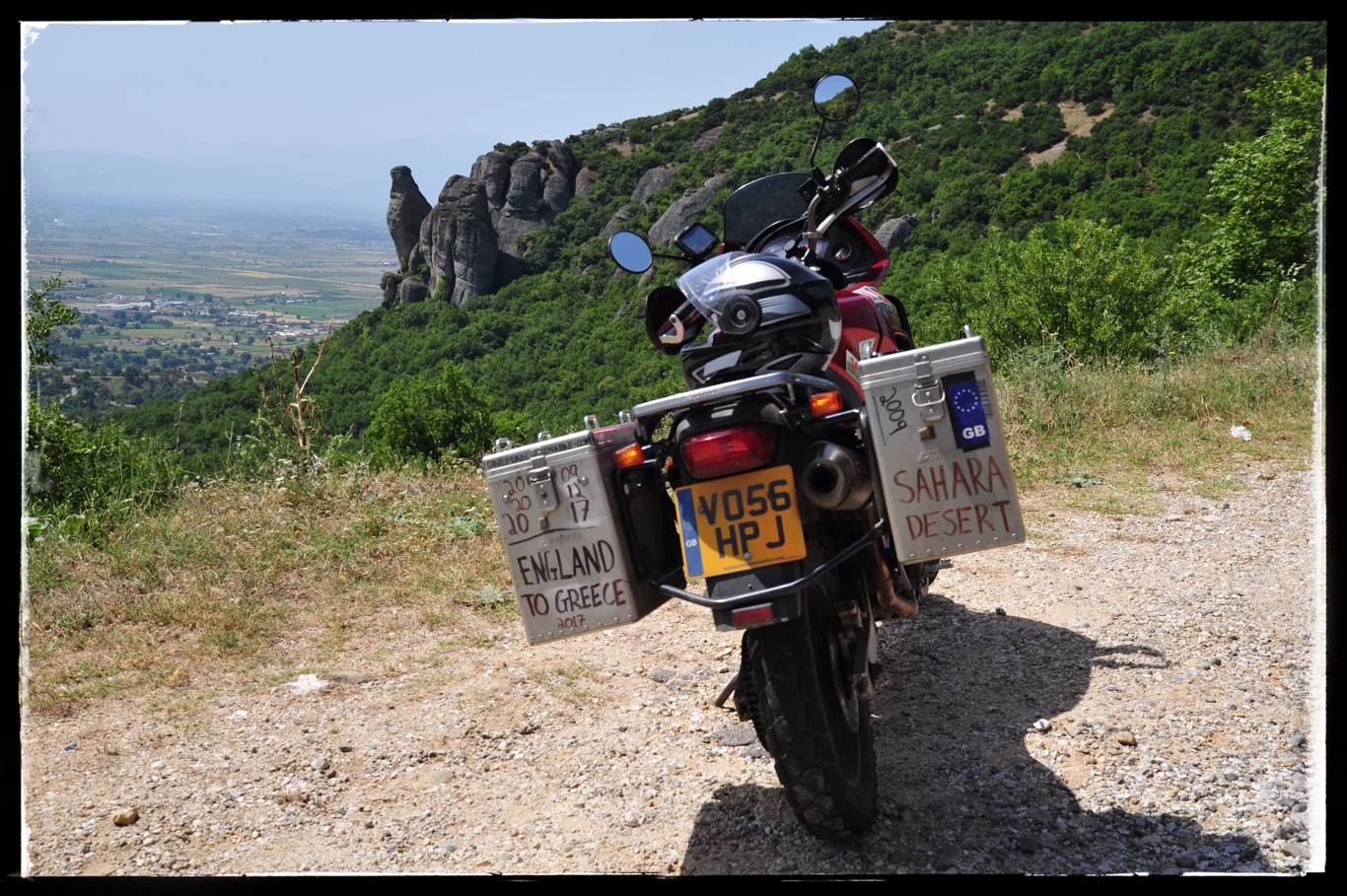 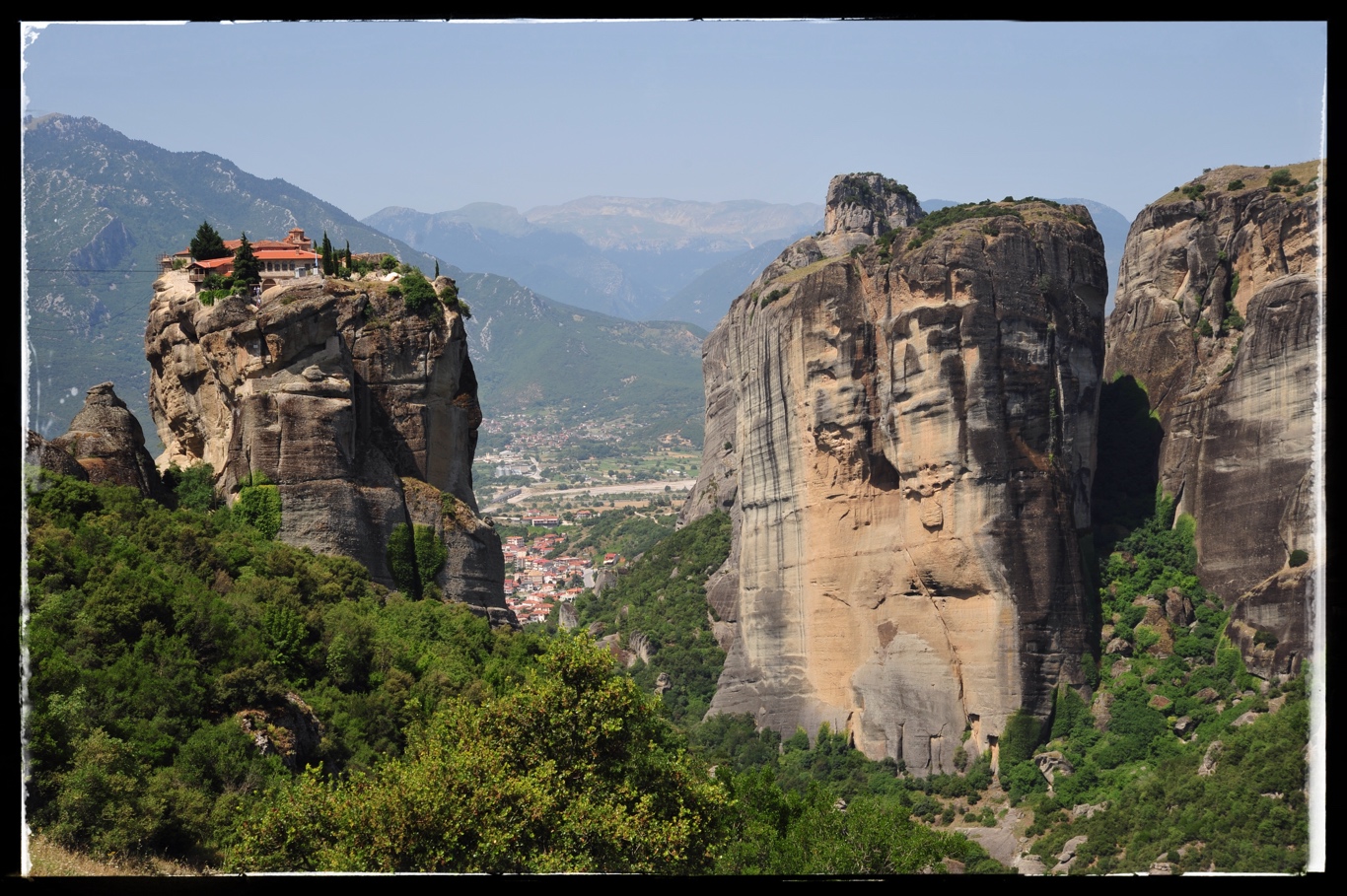 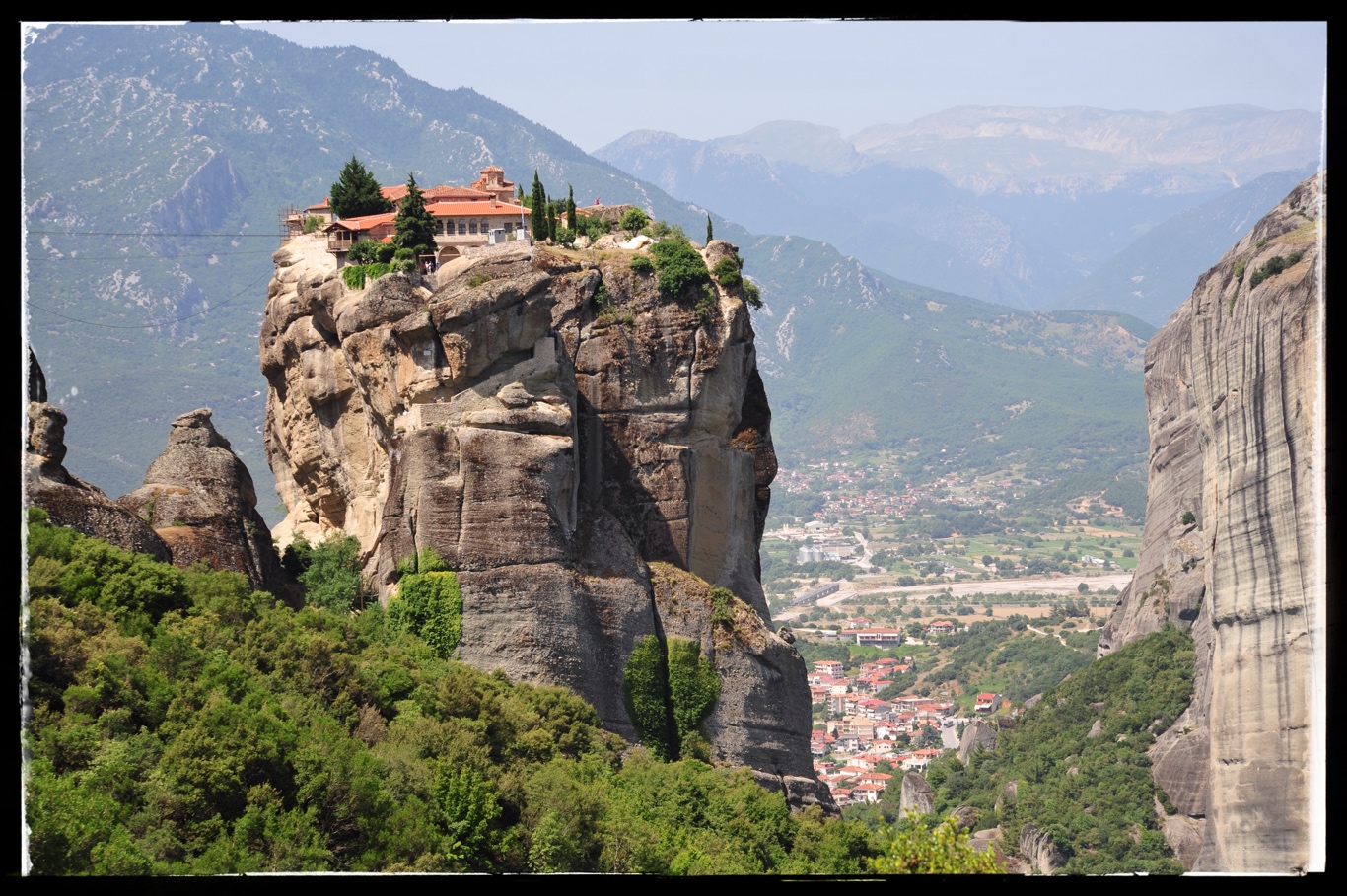 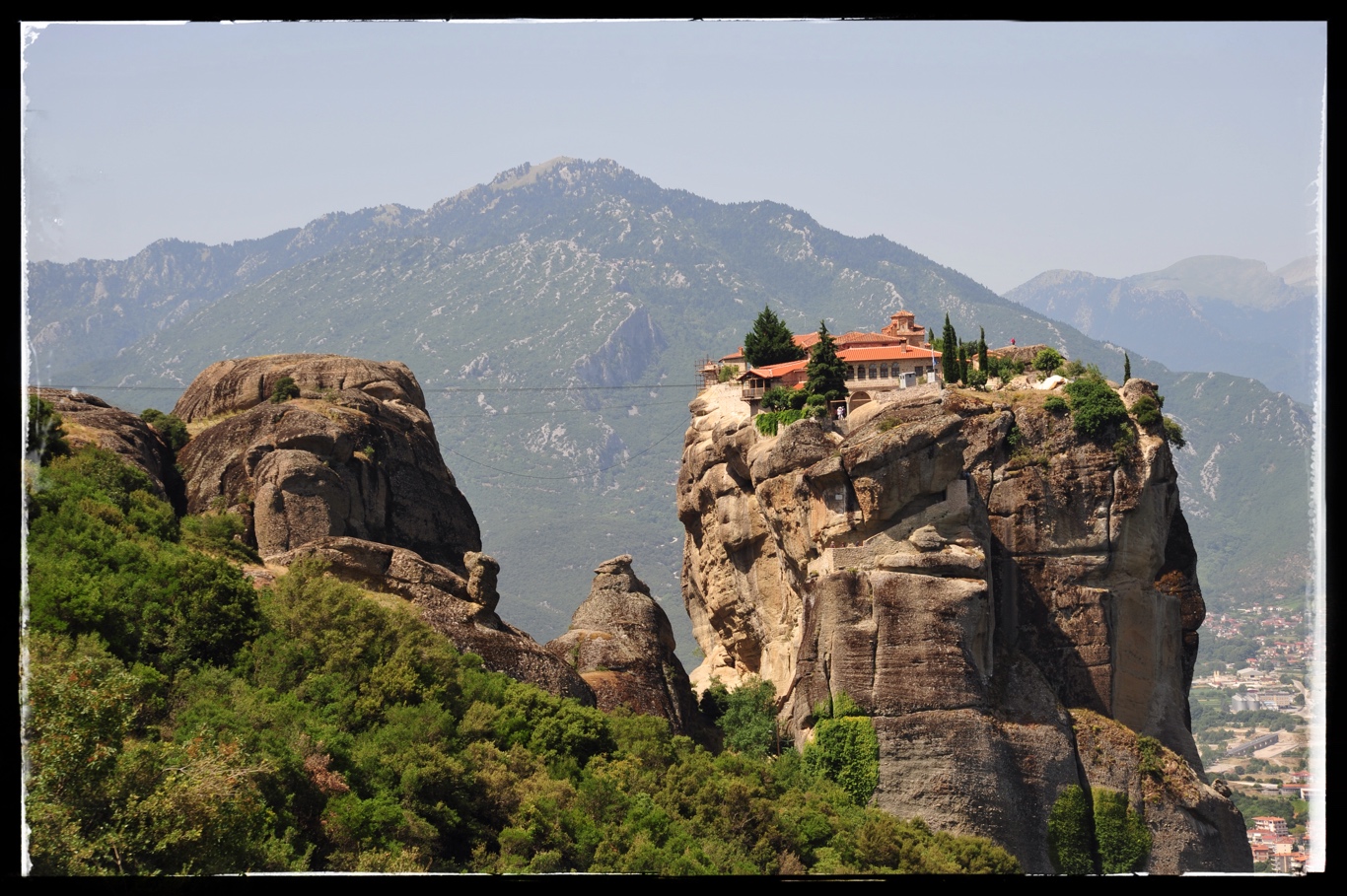 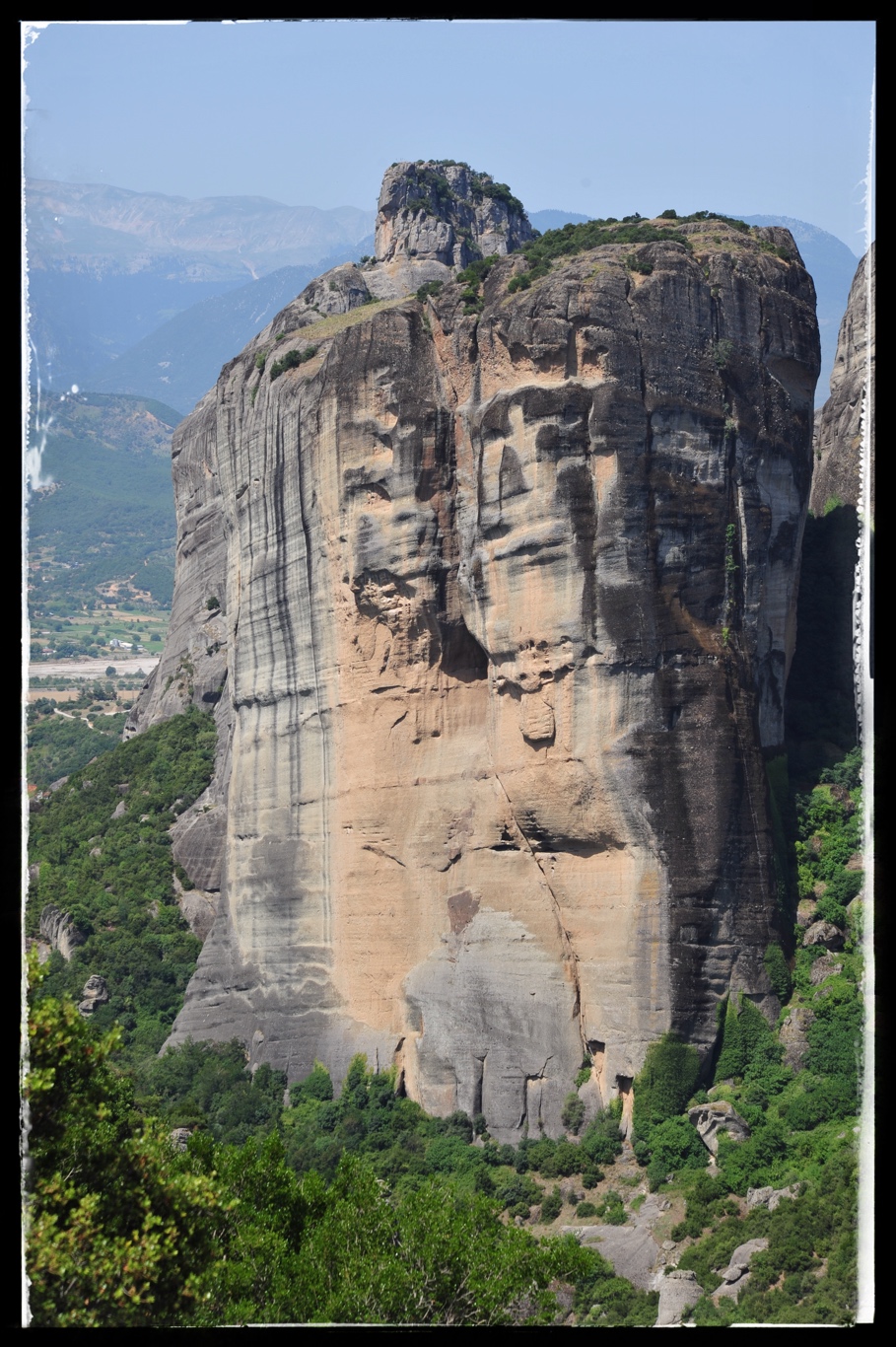 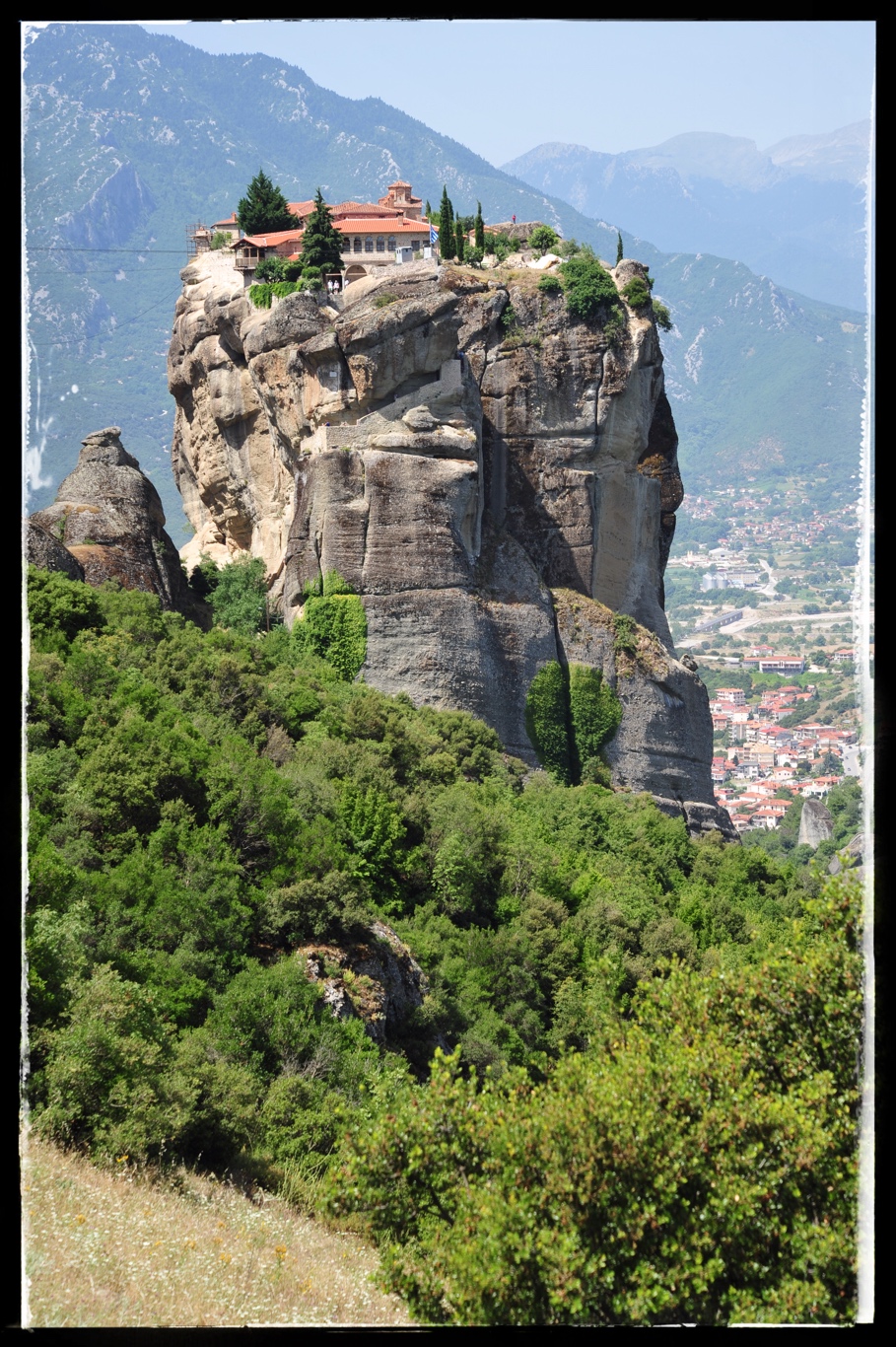 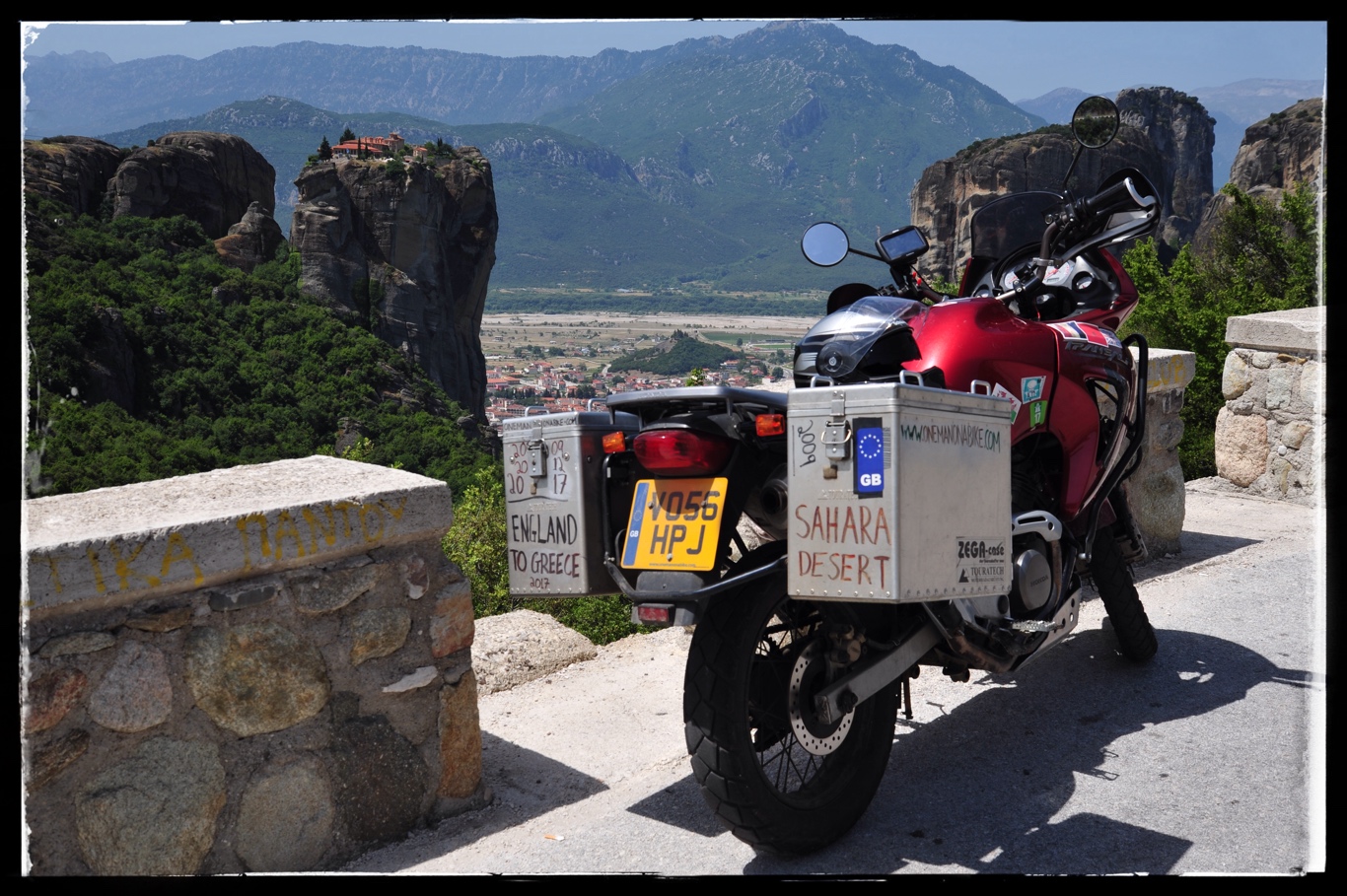 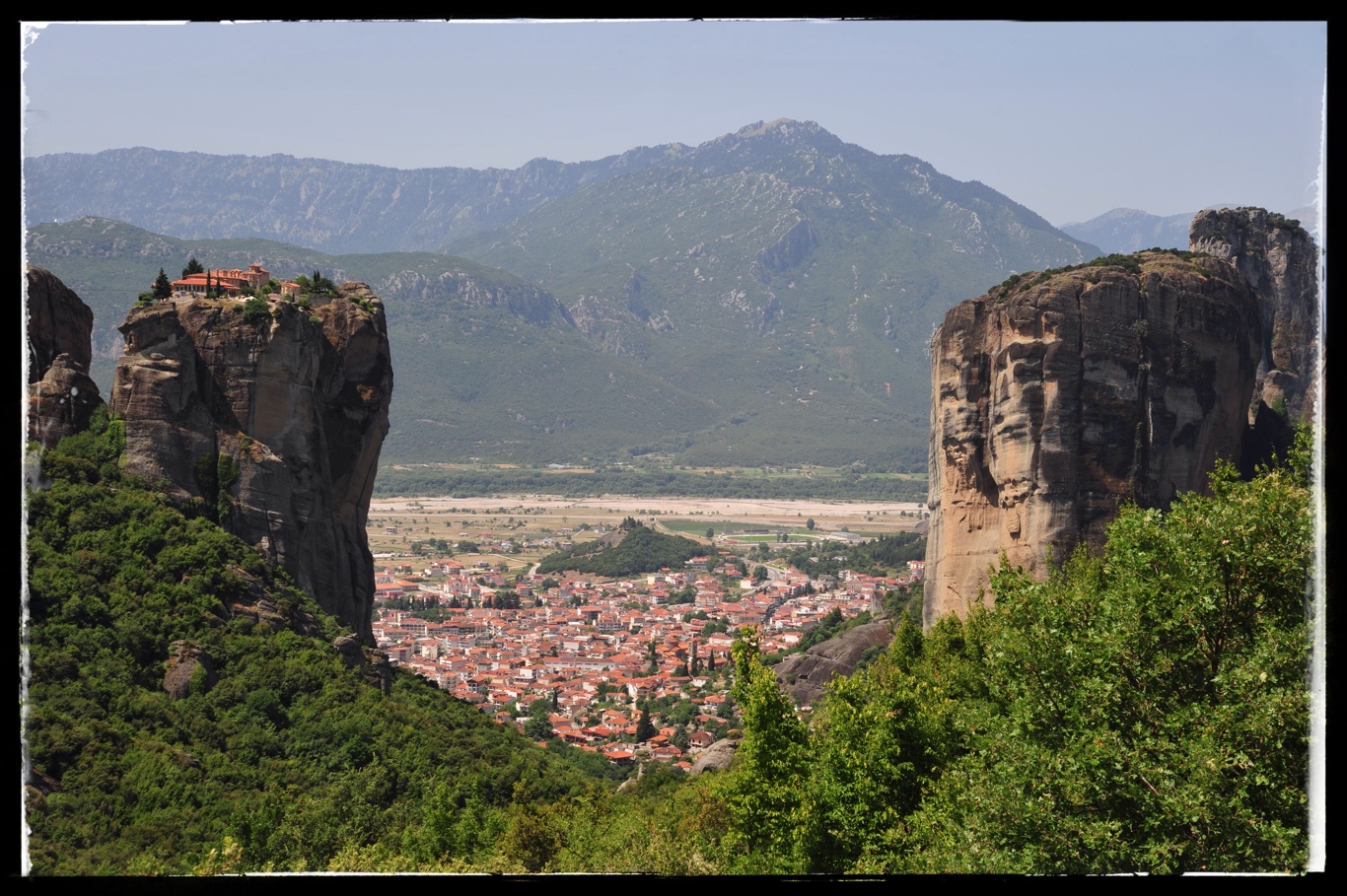 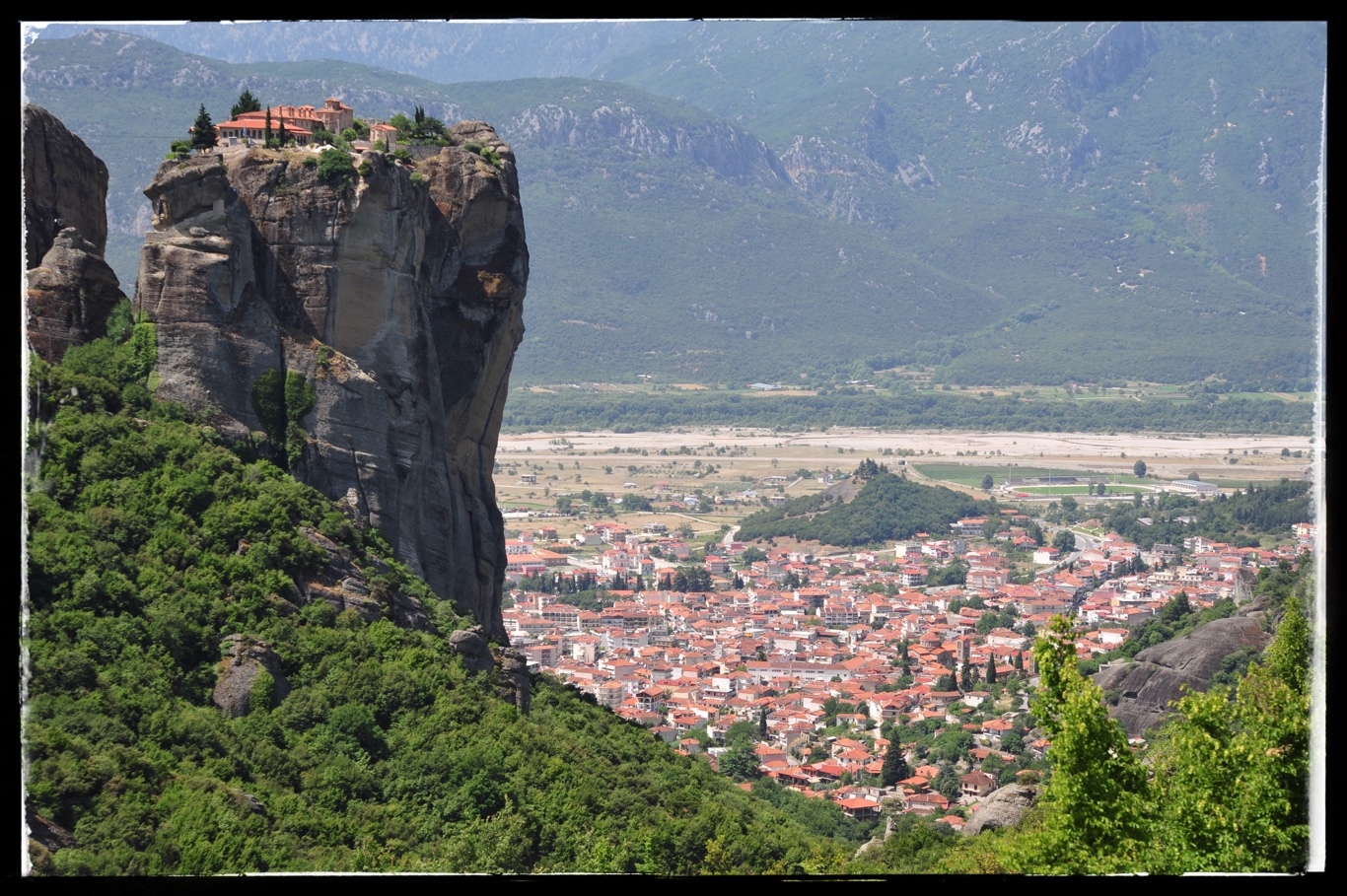 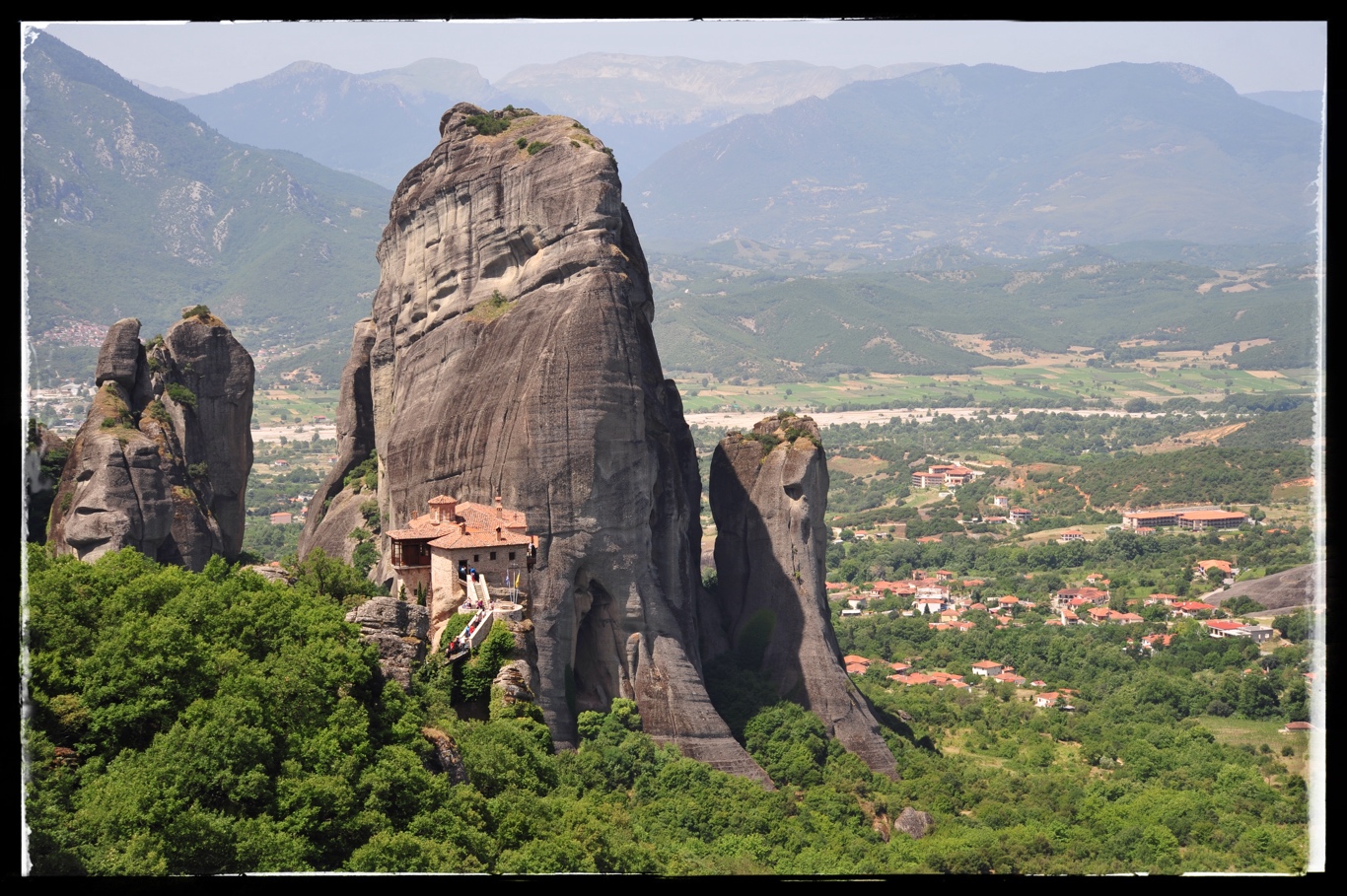 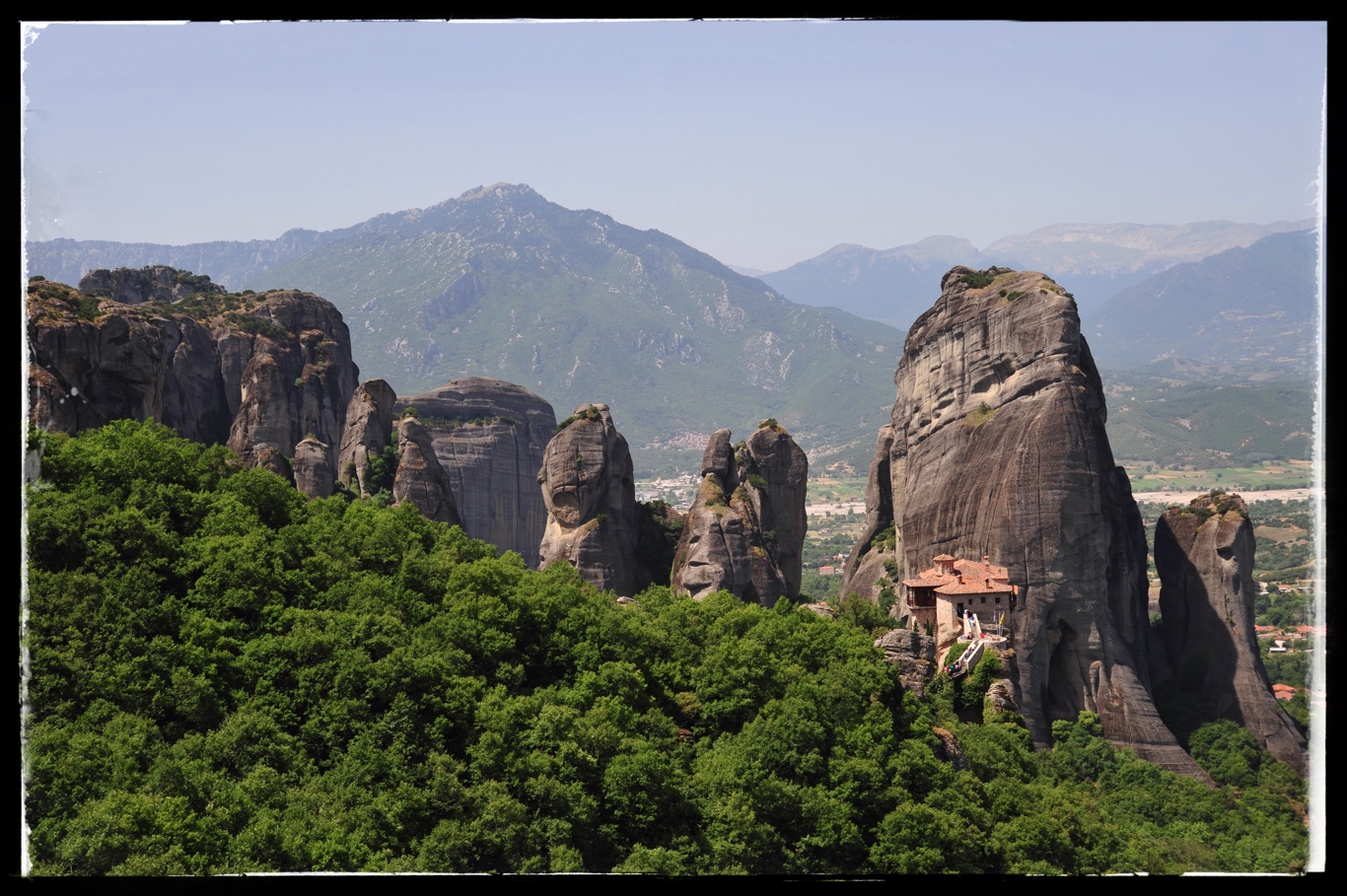 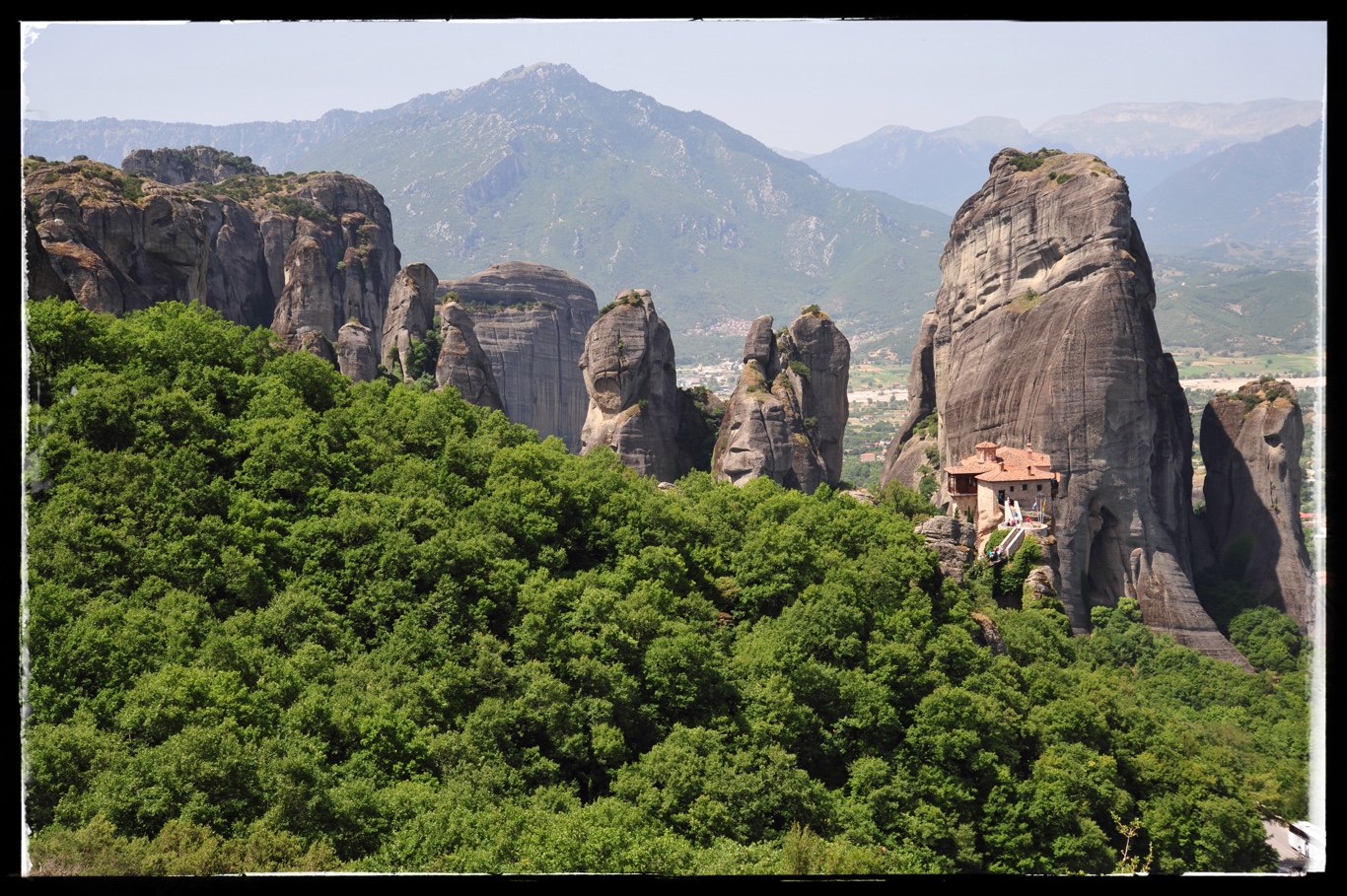