Yesterday I did bugger all so decided against one of my boring, super-lengthy blogs; however, today I’m going to meander my way down to the bottom of the Pelion so my blog is going to be both full and detailed. I’m going to try my hardest to avoid any of that stupid off roading stuff so hopefully I’ll live to tell the tale.

It all started with a hearty breakfast. A boiled egg, some cake and a cheese pastry all helped down with a nice Greek coffee. Then it was back to my room for dressing up. Nope, not the frillies today, the leathers. As I slipped into my heavy leather trousers the dark red patch of sunburn I’d received at dinner yesterday screamed merry hell. Ignoring the pain like a true super hero I zipped up, grabbed my tank bag and buggered off.

When I reached my bike I found that it had been moved into the corner and completely blocked in by cars. At this point I should explain that there are actually two Richard Georgiou’s; there’s the calm one, he’s patient, reasonably emotionally intelligent and a bit of a thinker, the calm one hates making a scene. Then there’s the angry one, he has zero patience, zero tolerance and doesn’t give a damn about making a scene, the messier the better. Cross the angry at your peril. Now, they are both completely necessary but they don’t care much for each other. The calm one is very nervous of the angry one but understands that he is sometimes necessary. The angry one completely detests the calm one and thinks he’s wimp.

So, as I stood there looking at my bike stuck in the corner, I felt myself move slightly towards Mr Angry but Mr Calm was still easily in control. I walked over to some of the gift shops near by to enquire if anyone knew who owned the cars that were blocking me in. The first three were closed. This pushed me one notch closer to Mr Angry. I kept my calm and took a walk into the square and politely asked if anyone knew who owned the cars. Nope. One step closer.

I made my way into the church but that was empty so visited the near by restaurant but they didn’t know. Another step closer. By this time Mr Calm was struggling to stay in control. I went back to my bike thinking that there must be a way but it was definitely out of the question. I checked to see if any of the the cars were unlocked so I could remove the handbrake and shove it out of the way but they were all locked. It was at this point that Mr Calm got over ruled as Mr Angry came storming in.

“Get out of the way you twat!” Mr Angry mounted the bike, started her up, revving it to get some attention, then placed his thumb on the horn and left it there. As you can imagine this caused somewhat of a scene. People came from all directions and when enough people had arrived he took his thumb off the horn.

“These cars have blocked me in and I need some help moving them.” With Mr Angry oozing both confidence and ability it wasn’t long before the place was a flurry of movement. One man came literally running over with some keys and moved the car that was right in front of my bike. Mr Angry accepted his apology and rode off towards the Pelion.

Whilst Mr Angry was in control everything felt fine but slowly Mr Calm returned and he felt terrible. What a scene, oh the humiliation. He was not happy, but it was in the past now. And it served its purpose, I was on the road after all.

My aim for today’s trip was to ride down to the very bottom of the Pelion. The route through Volos would be full of traffic and nastiness so the route was to be the high mountain route via Kissos on the 34. Once the 34 ended the name of the road weirdly became ‘Epar.Od.Milina-Trikeri’. Seems a bit of a mouthful but hey, it’s all Greek to me.

The ride was superb, the roads were stunning and the views were sublime as you’ll hopefully be able to see from my photographs. The only problem I had was the burning from my sunburnt leg. As time went on the day warmed up and my leg got hotter and hotter. Ignoring it was easy at first with the amazing scenery but after a while the balance between pleasure and pain changed. Still, there was absolutely nothing I could do about it so I decided to just let it hurt and shut up.

As the roads climbed to around twelve hundred metres it got cold, the clouds were at the same altitude as the road and were moving quite quickly. I pulled over and watched for a while but the temperature had dropped a lot and it didn’t take long until I felt the need to get going again.

I wasn’t planning on stopping but when I reached the little village of Chorto I was presented with a beautiful scene; water, a few boats and a cafe. I pulled in and stopped.

As I got off the bike a couple who were sitting close by glanced over. I did my best to place an order for a double Greek coffee without sugar but got into a right pickle, the waitress looked at me and rabbited away in Greek.

“You know, I haven’t got a bloody clue what you’re saying.” I said with a smile. She continued rabbiting on and the couple next to me started laughing. It turned out they were from Kent and a great couple. We chatted for half an hour or so about this and that. I hope I didn’t over do it, I can talk for England sometimes. Oh, Hello James and hello Barbara if you’re reading this, it was a pleasure.

I rode past the villa where my wife and mates will be staying soon and took some mental notes then made my way south on the ‘Epar.Od.Milina-Trikeri’. Every hundred or so yards there was a photo opportunity. I rode past most of them and just enjoyed riding such a wonderful motorcycle in such a wonderful place. The motorcycle seems to have come into its own since its terrifying flight the other day. The sound from its engine is pure mechanical perfection and the note from the exhaust has changed slightly. It seems to have a little more raspiness on acceleration and has become more grumbly and poppy on overrun. It’s truly a pleasure to ride.

With that said, my arse was not so enamoured, it was killing me, my leg was on fire, my right knee wanted to be straight and my left calf was cramping. I got off and walked around for a bit which made it okay.

I made it all the way to the very end of the Pelion. Then, when I realised that it was not actually a ring road, I turned around and rode back. The last few days of disasters had given me a bit of a negative view of bikes and I’m happy to say that today has been such a pleasure that the humble motorcycle has redeemed itself.

When I got back I had a long, cold shower, checked I had my shorts on and went out for dinner. It was ‘pan fried chicken’ which was super tasty and a great big, heart attack sized, piece of chocolate cake with melted badness on top. Followed by a complimentary jug of Greek coffee. They getting to know me know.

I hope you enjoy the photographs. 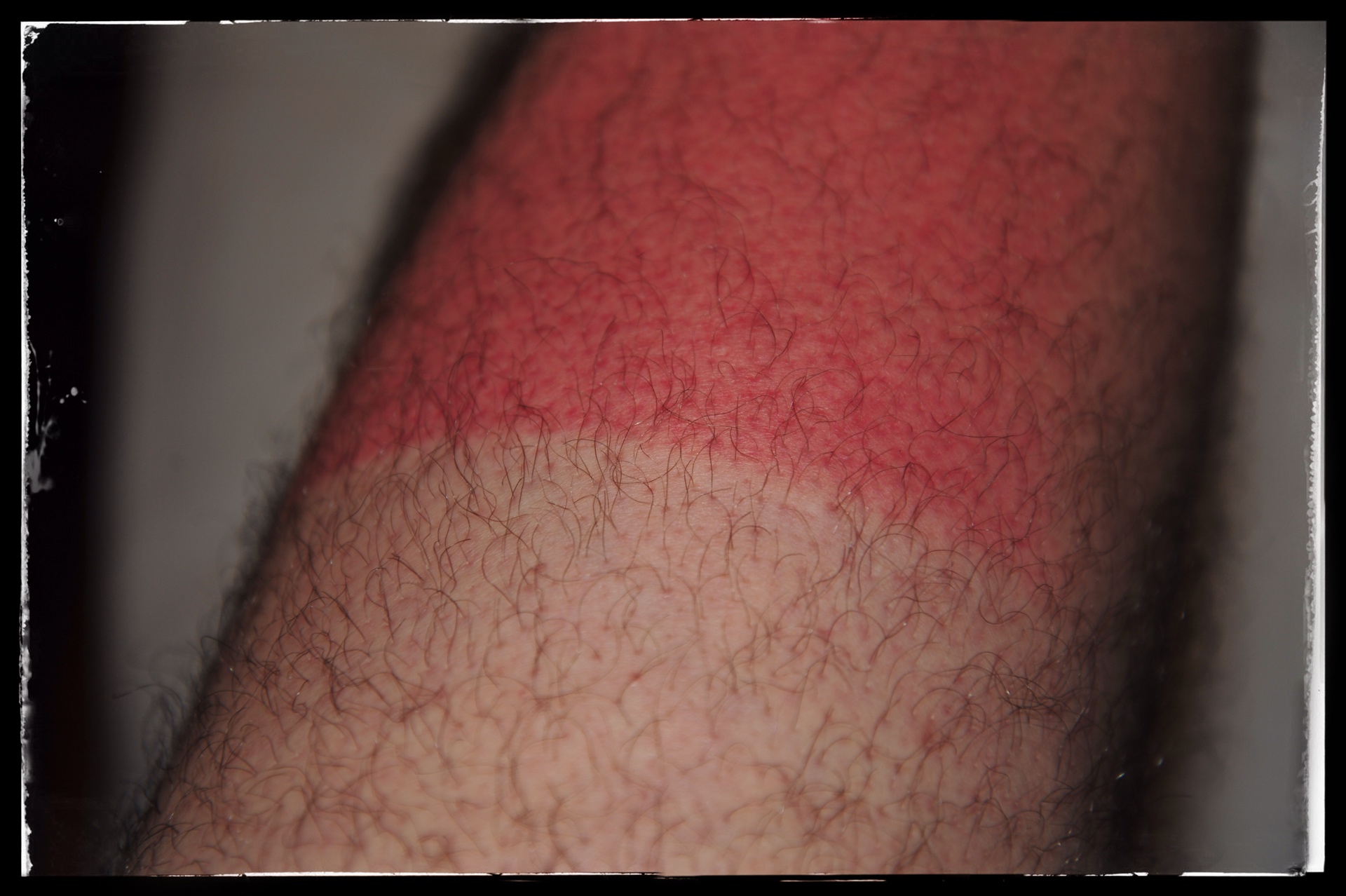 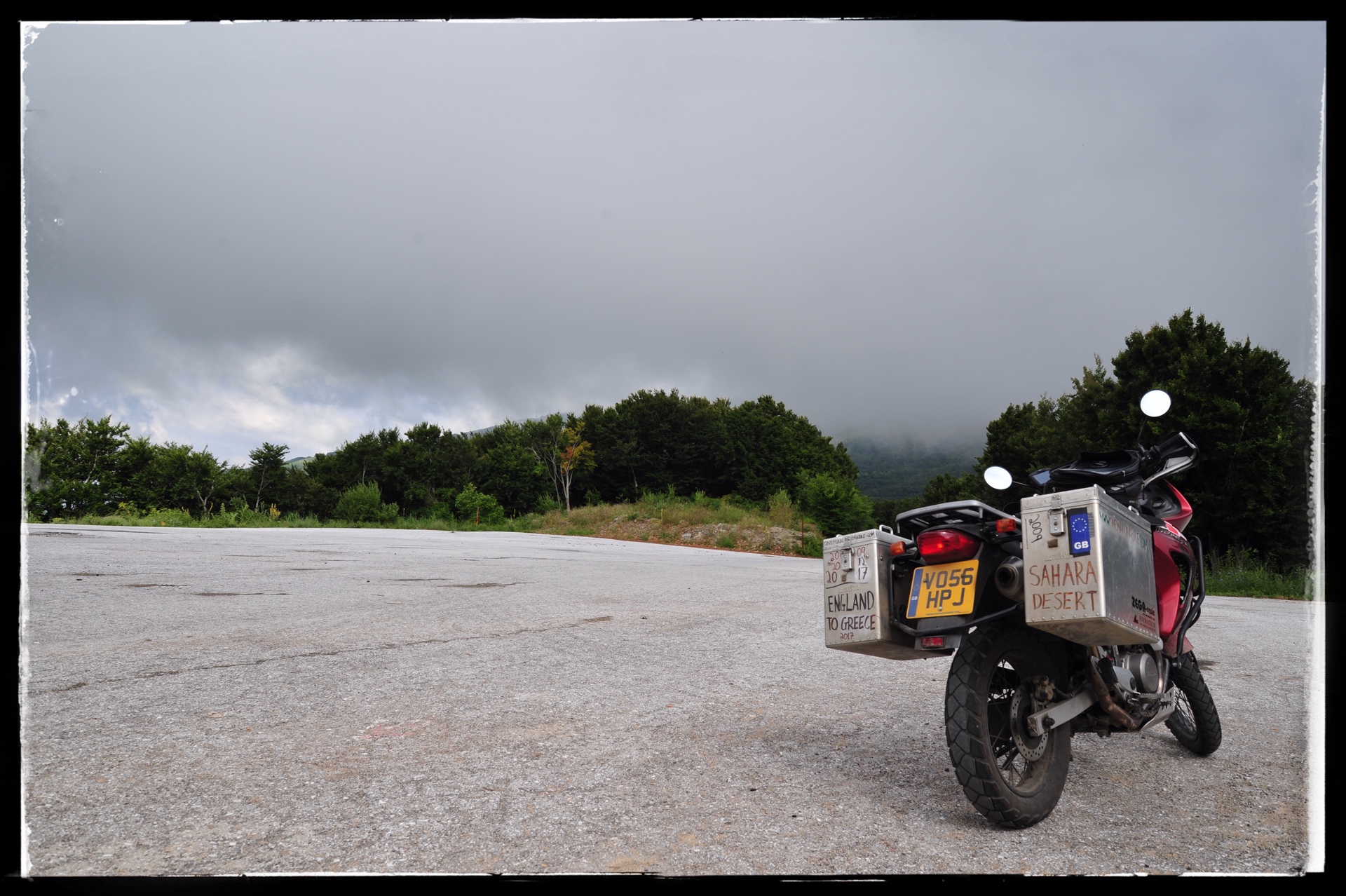 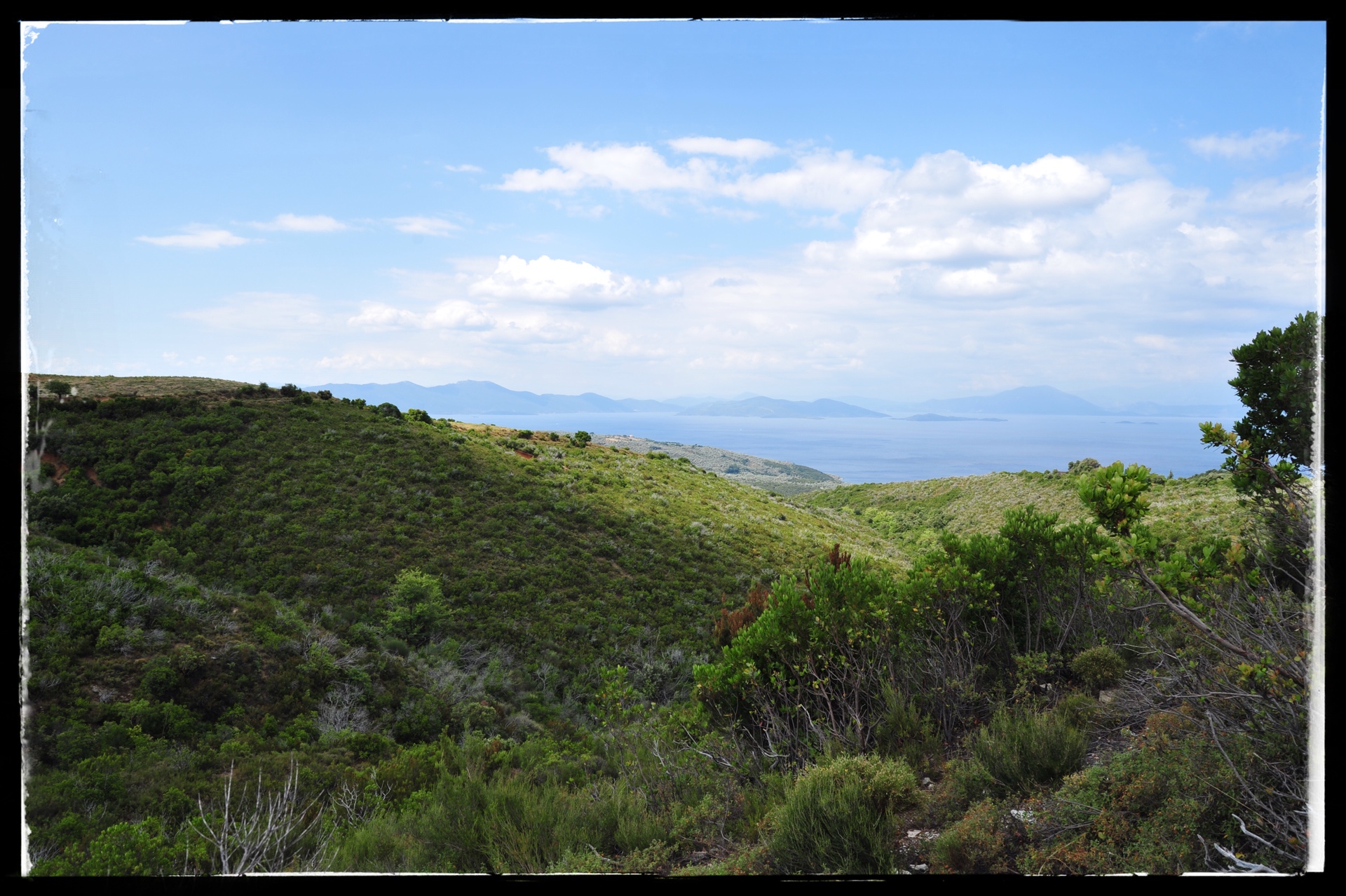 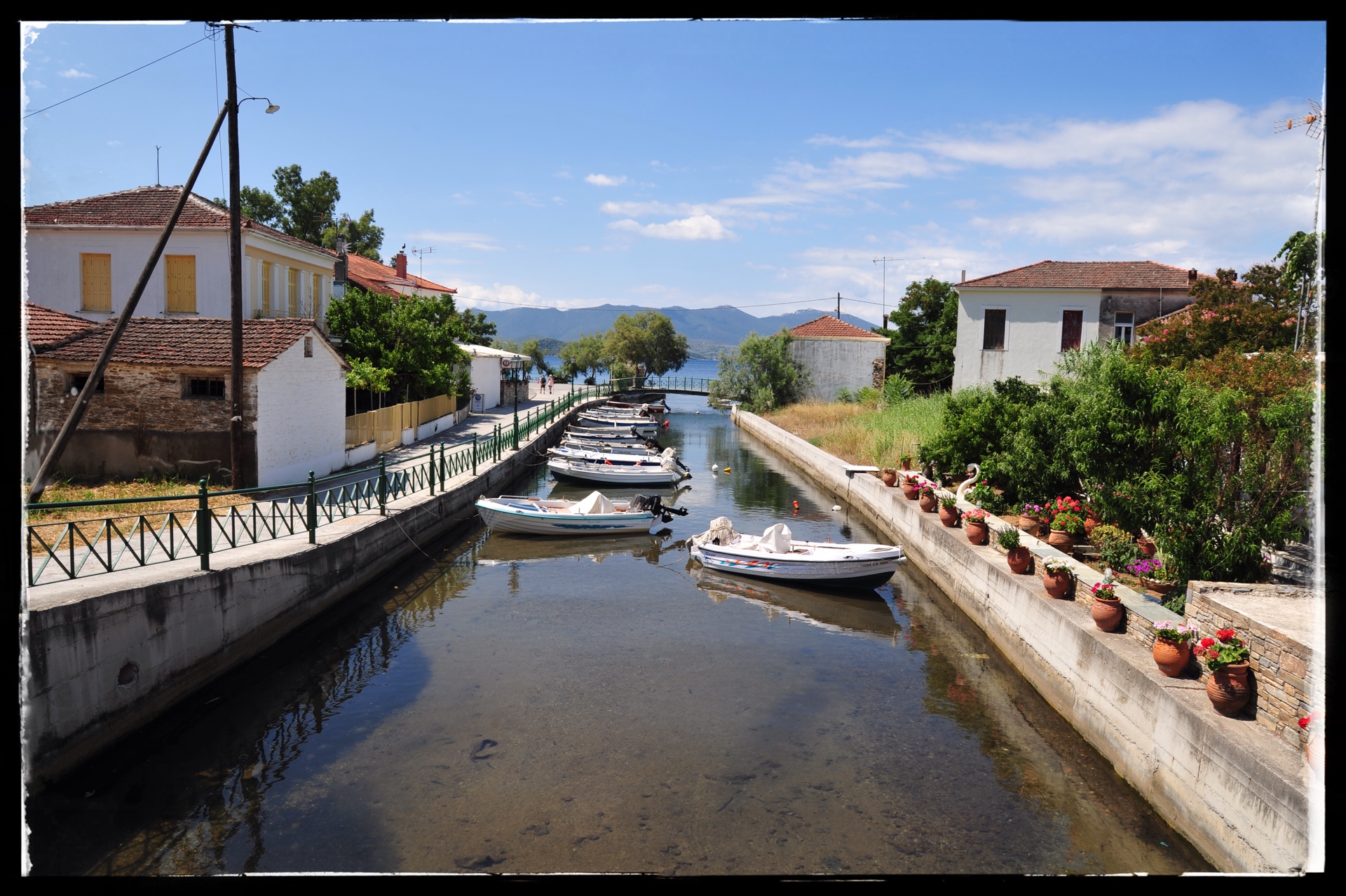 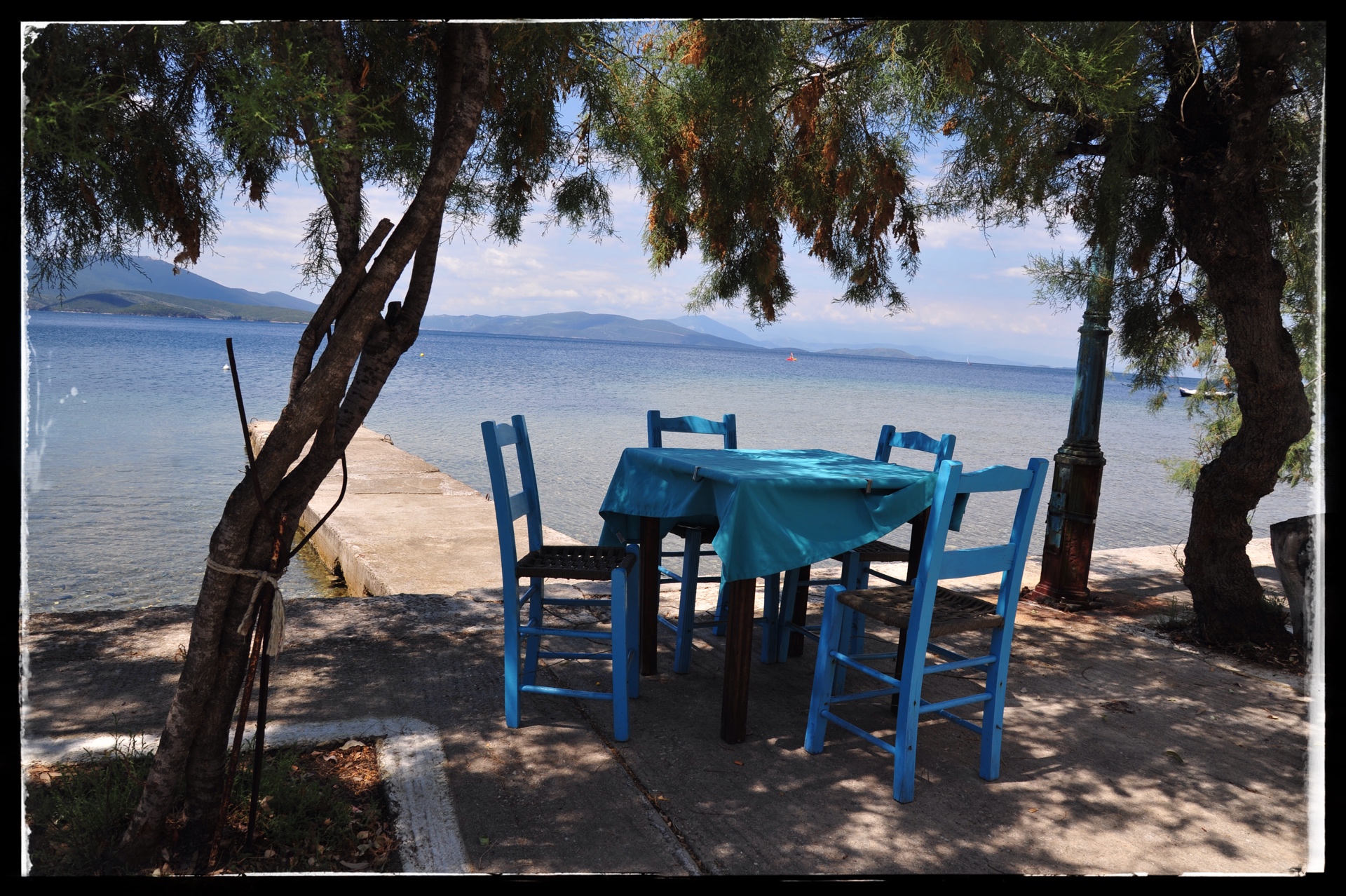 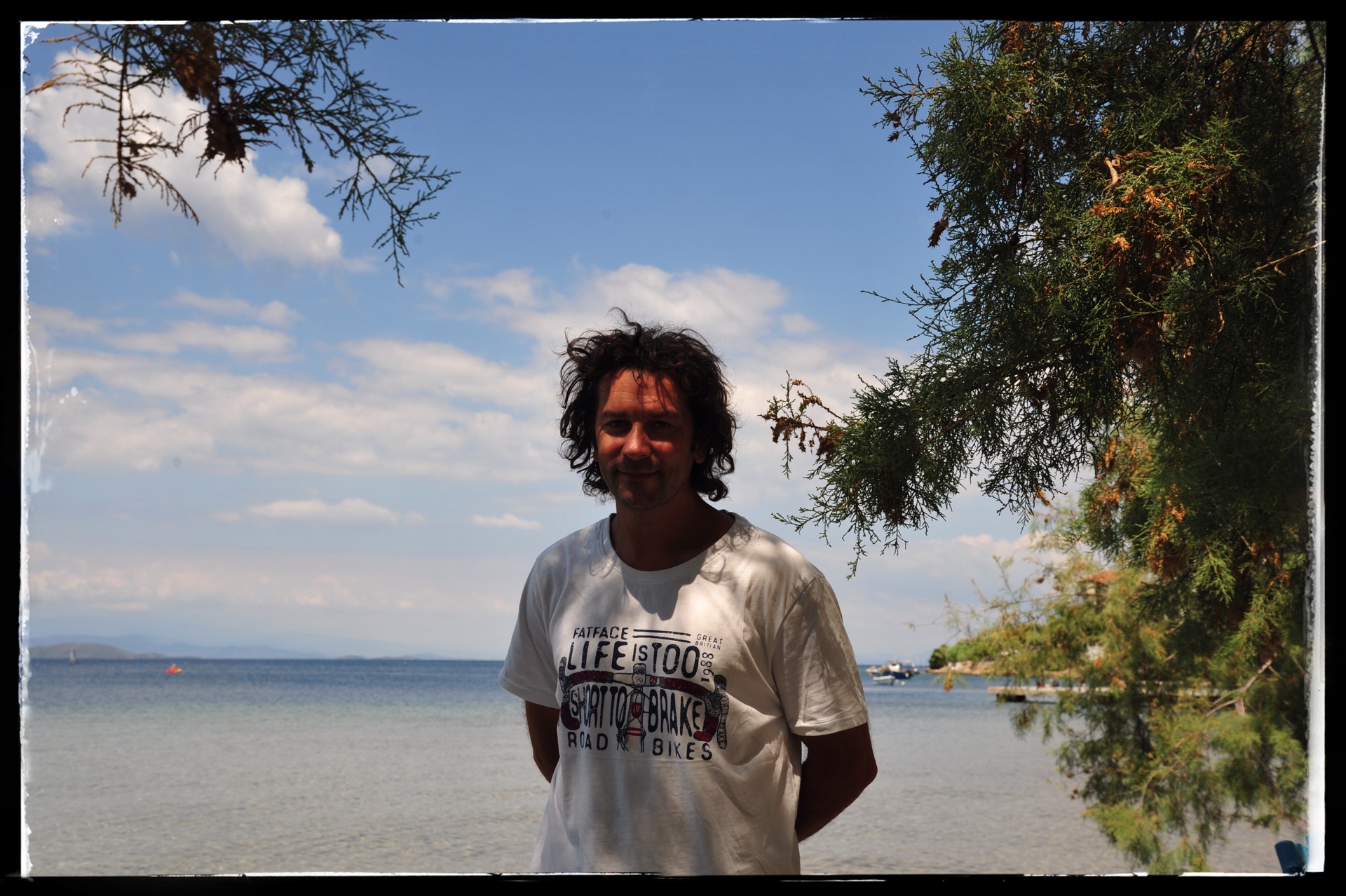 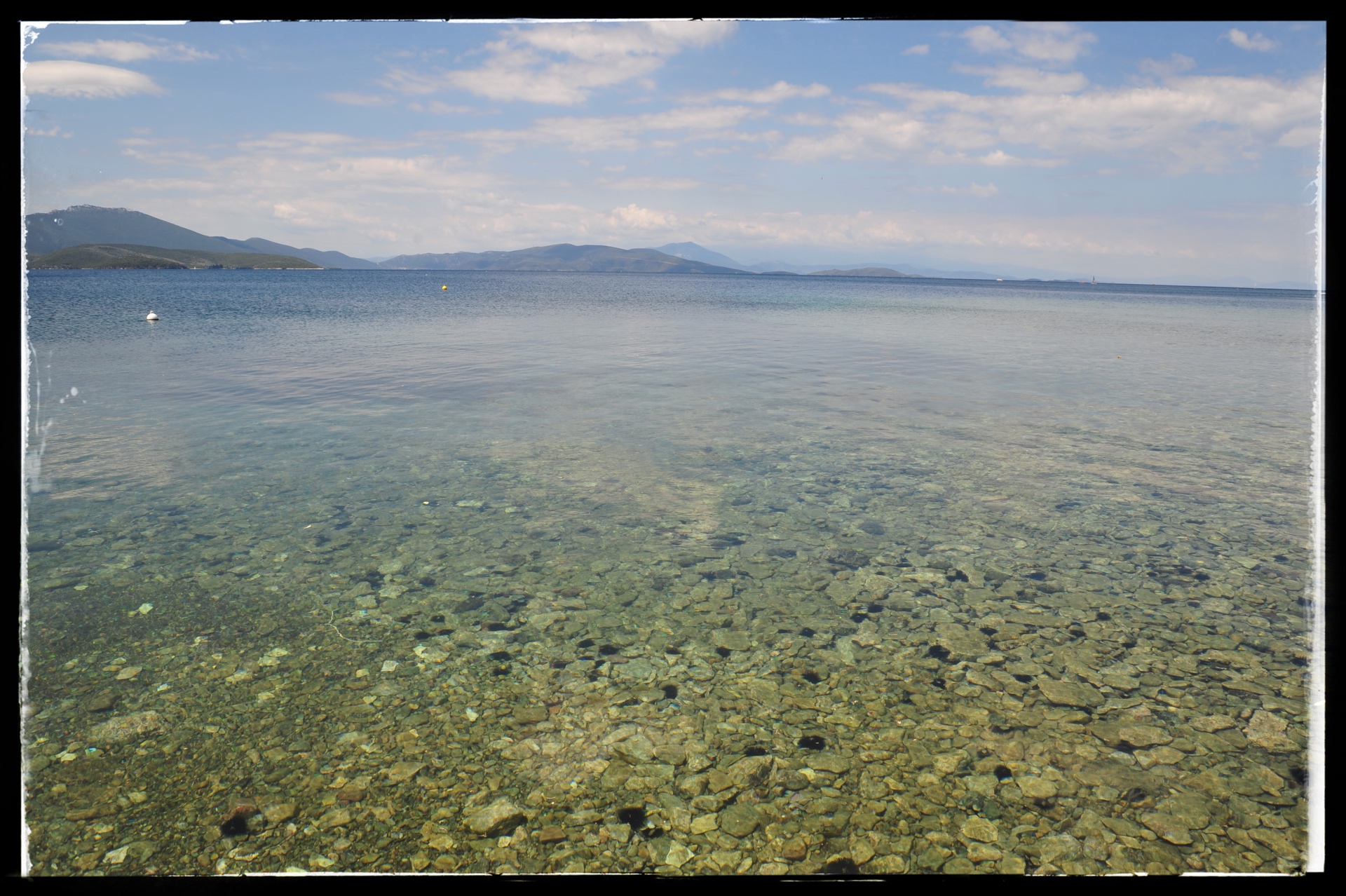 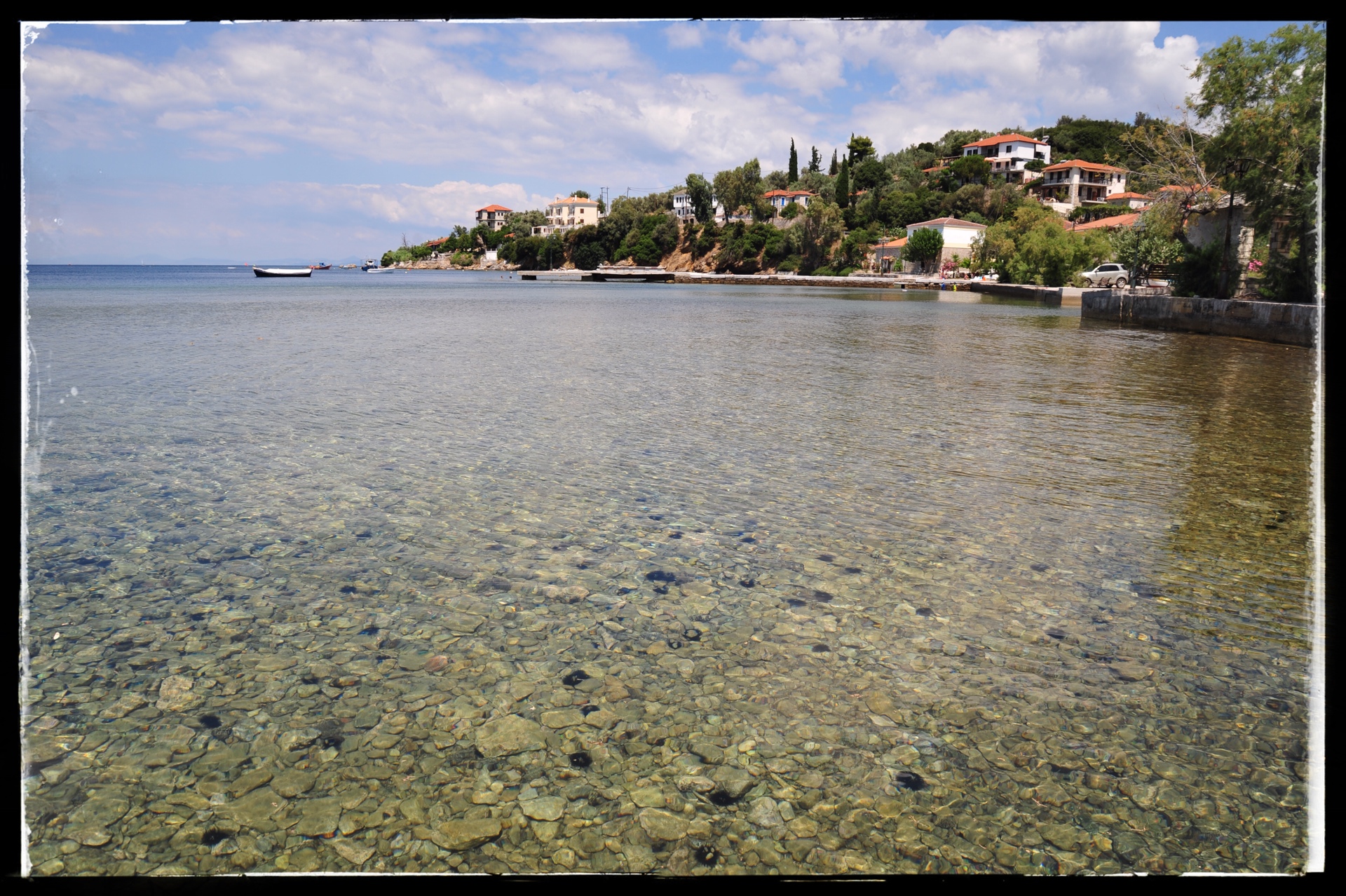 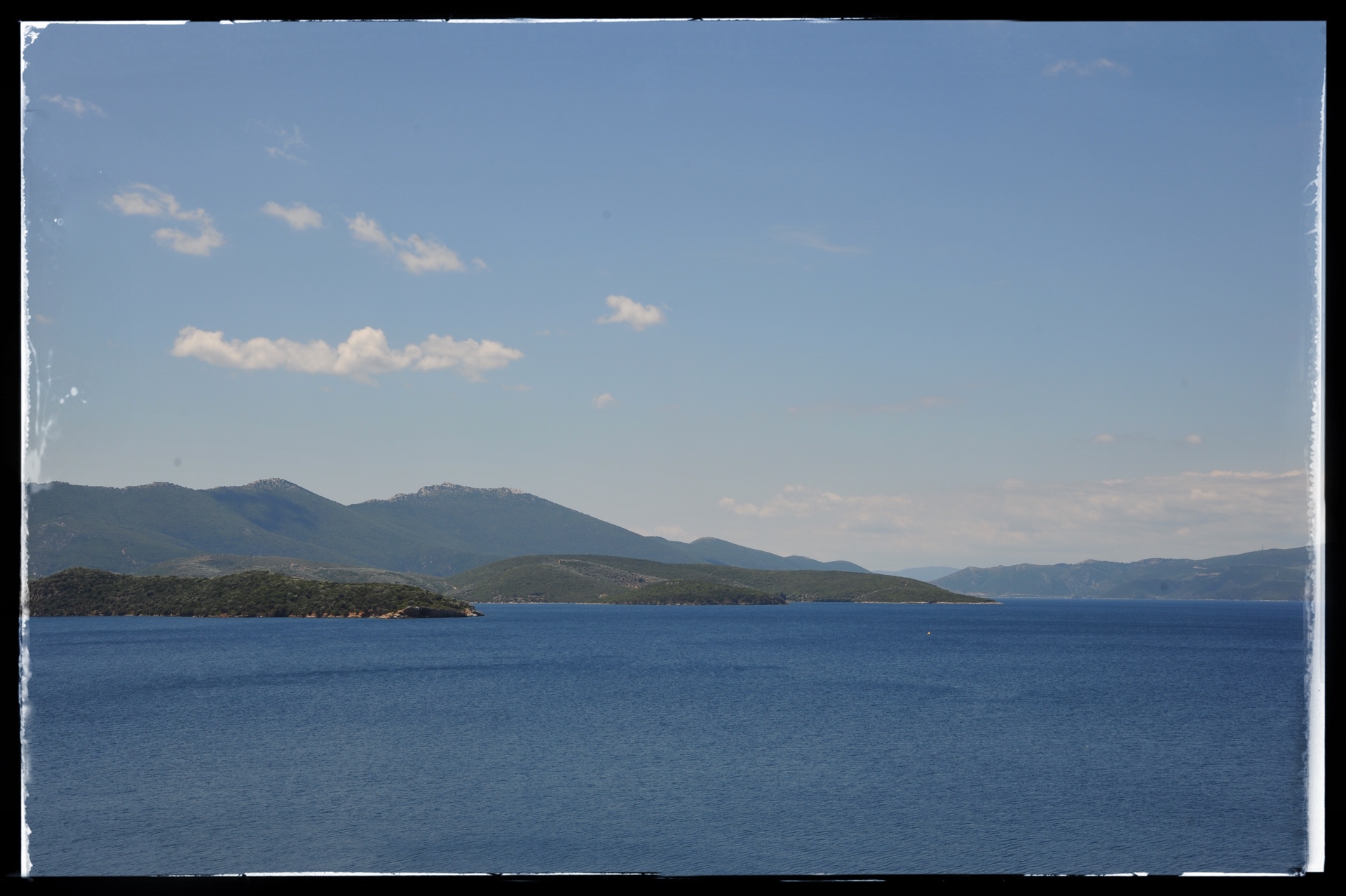 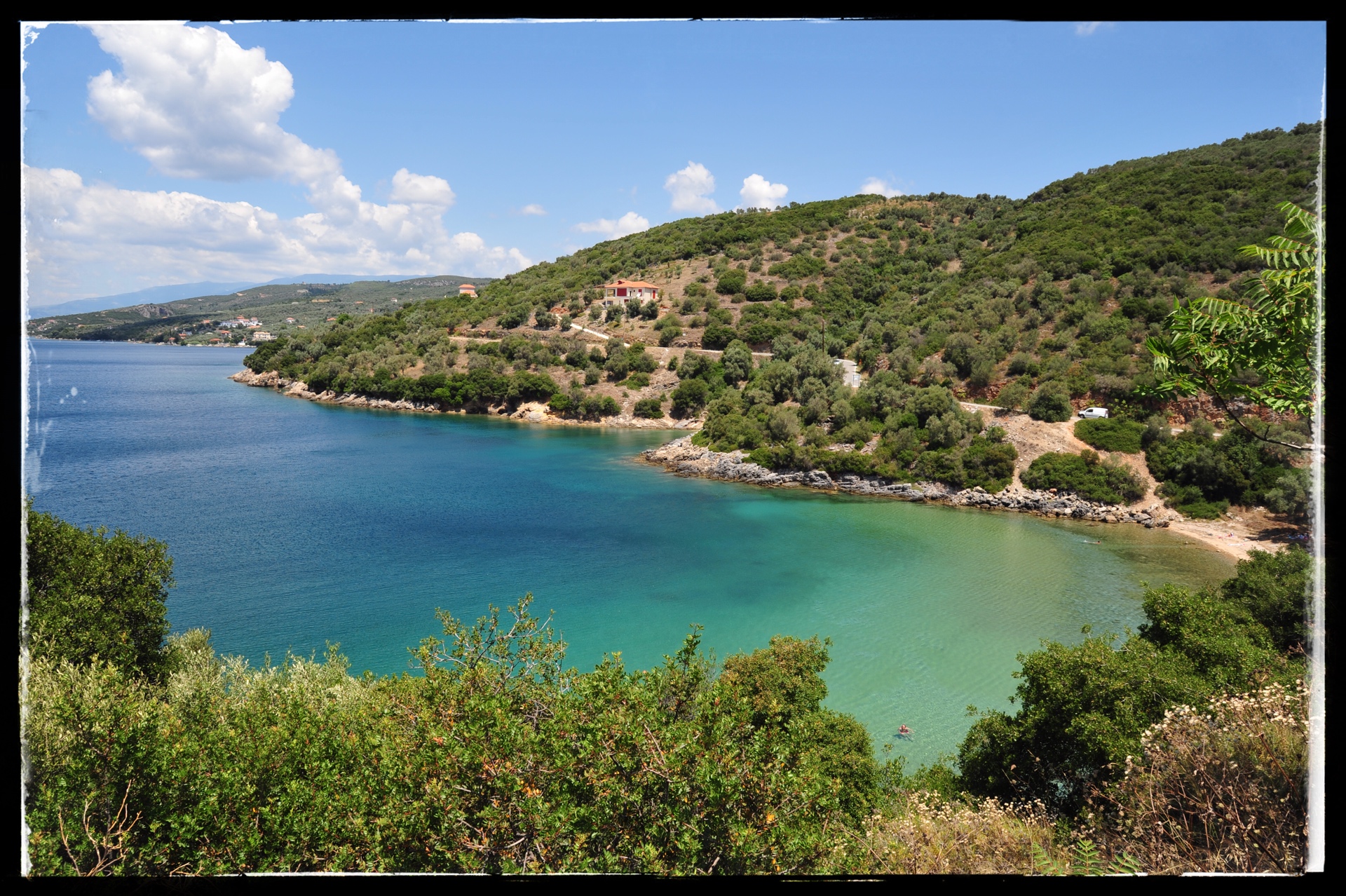 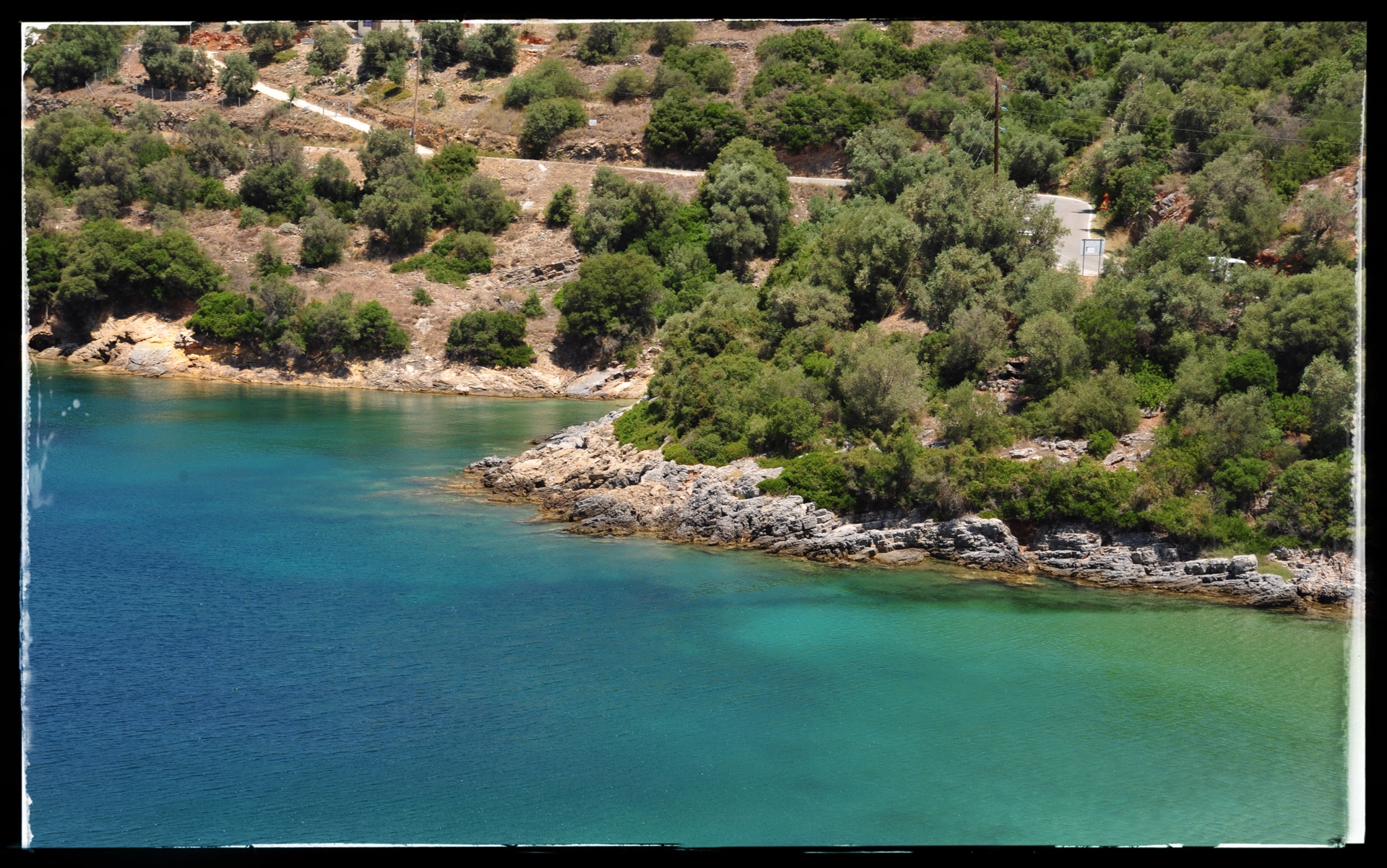 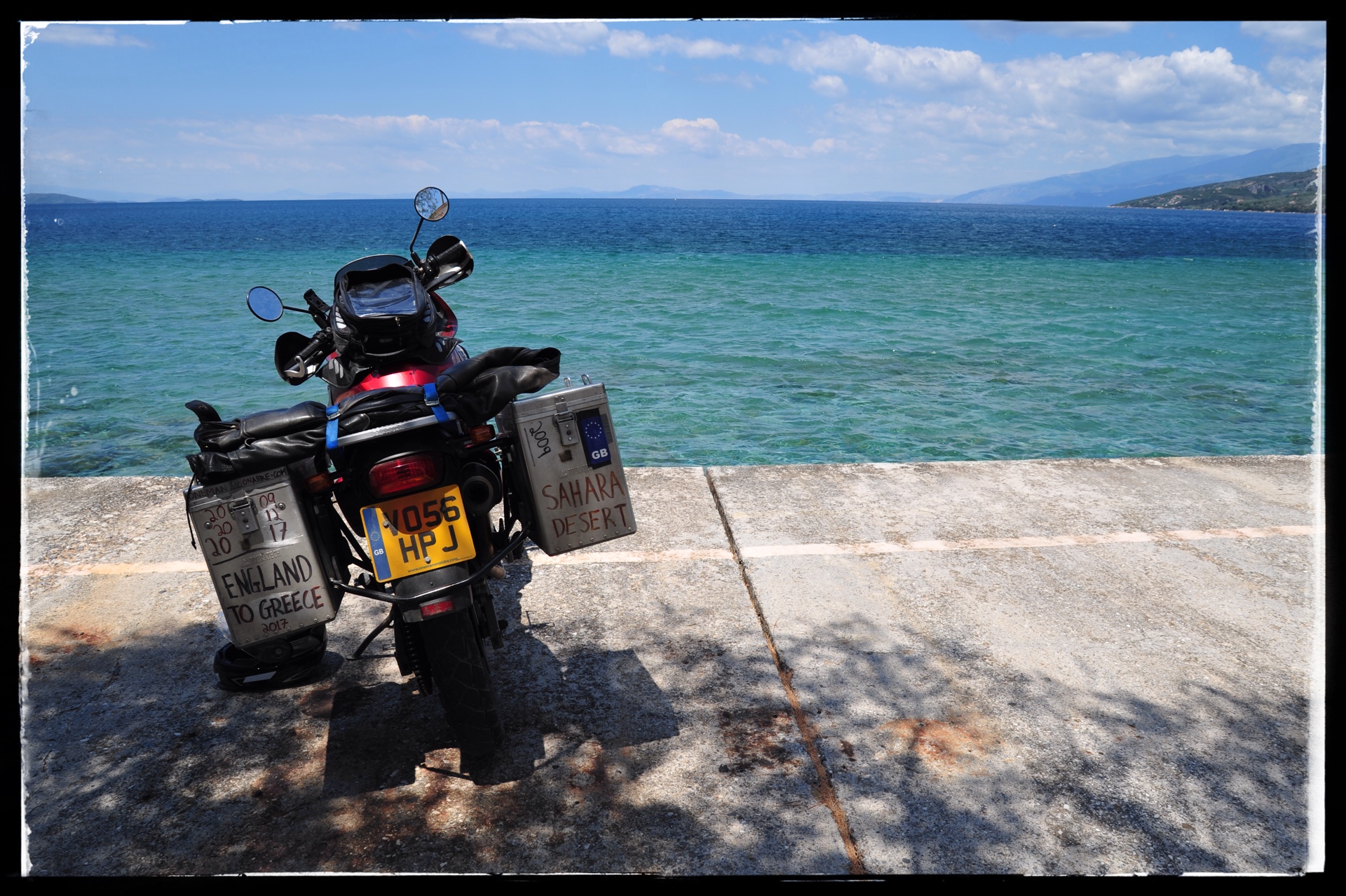 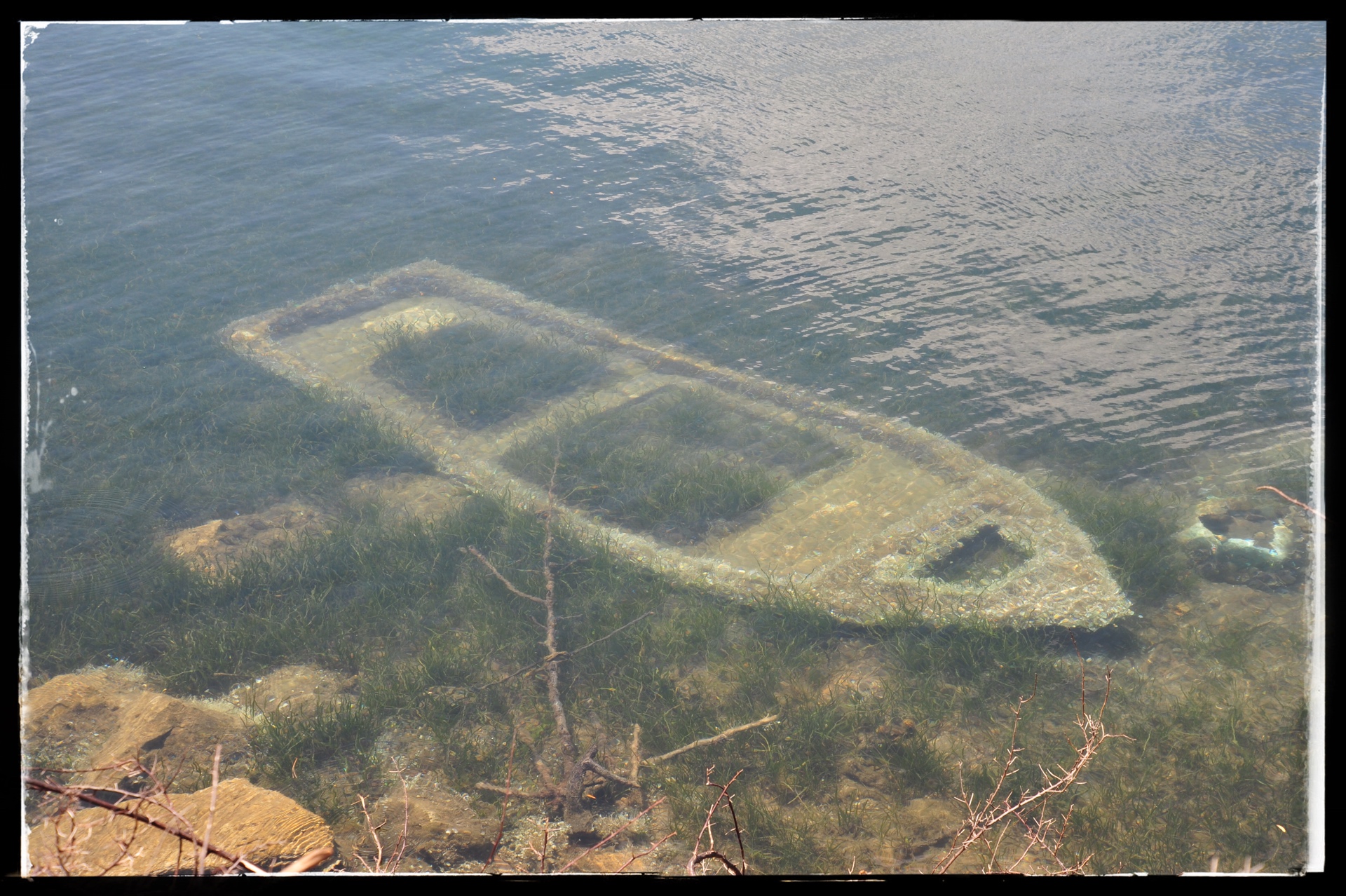 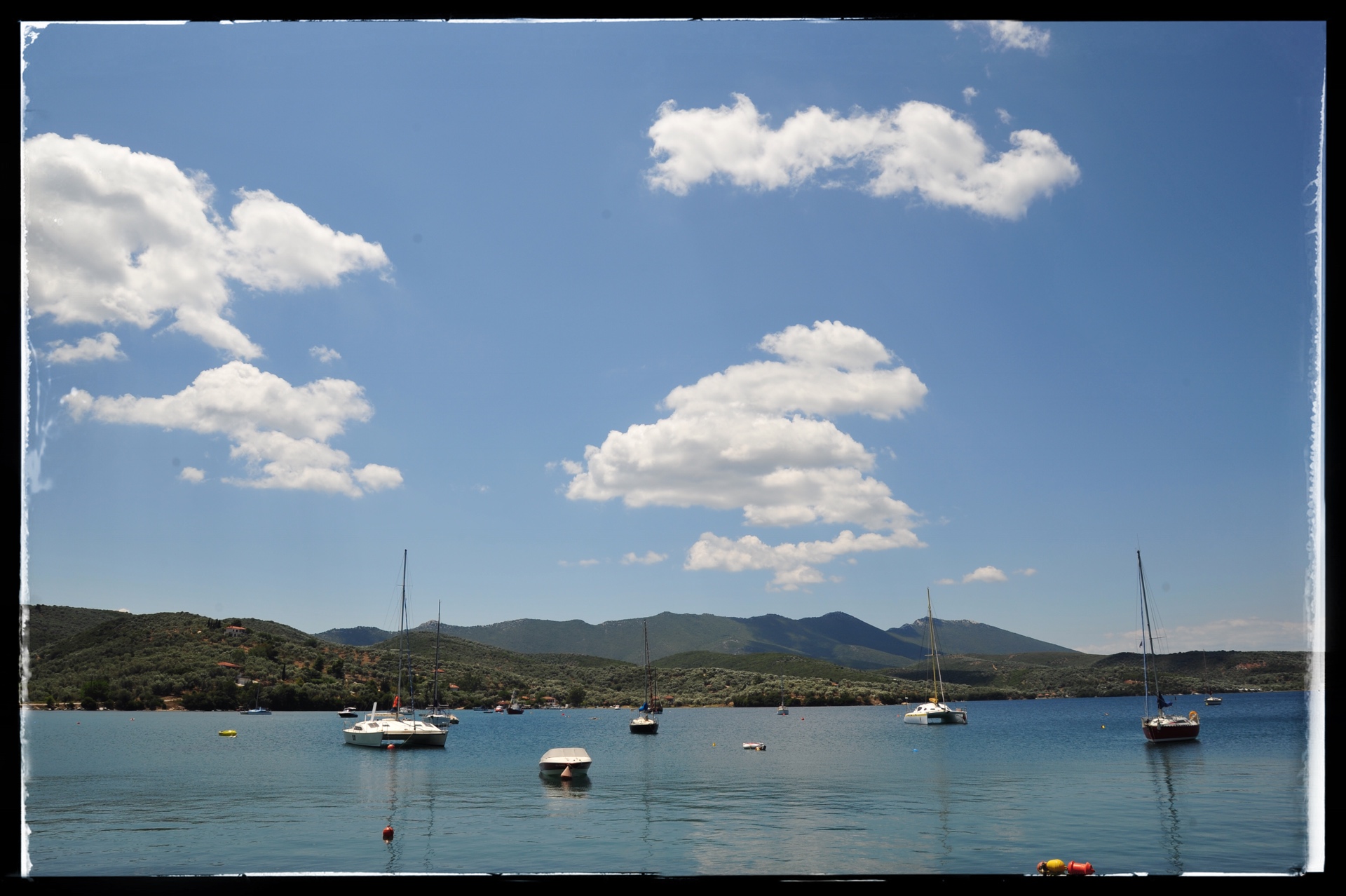 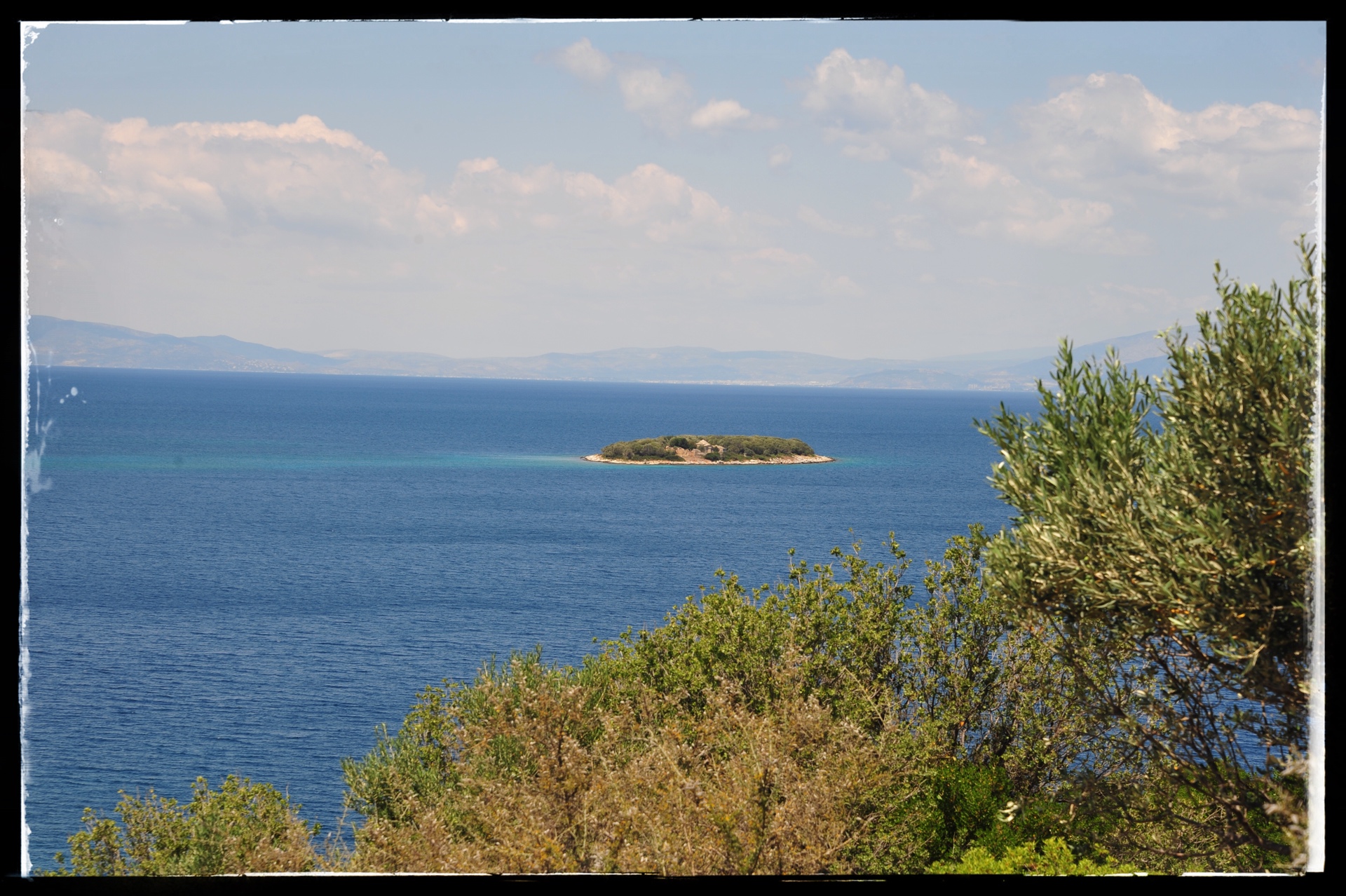 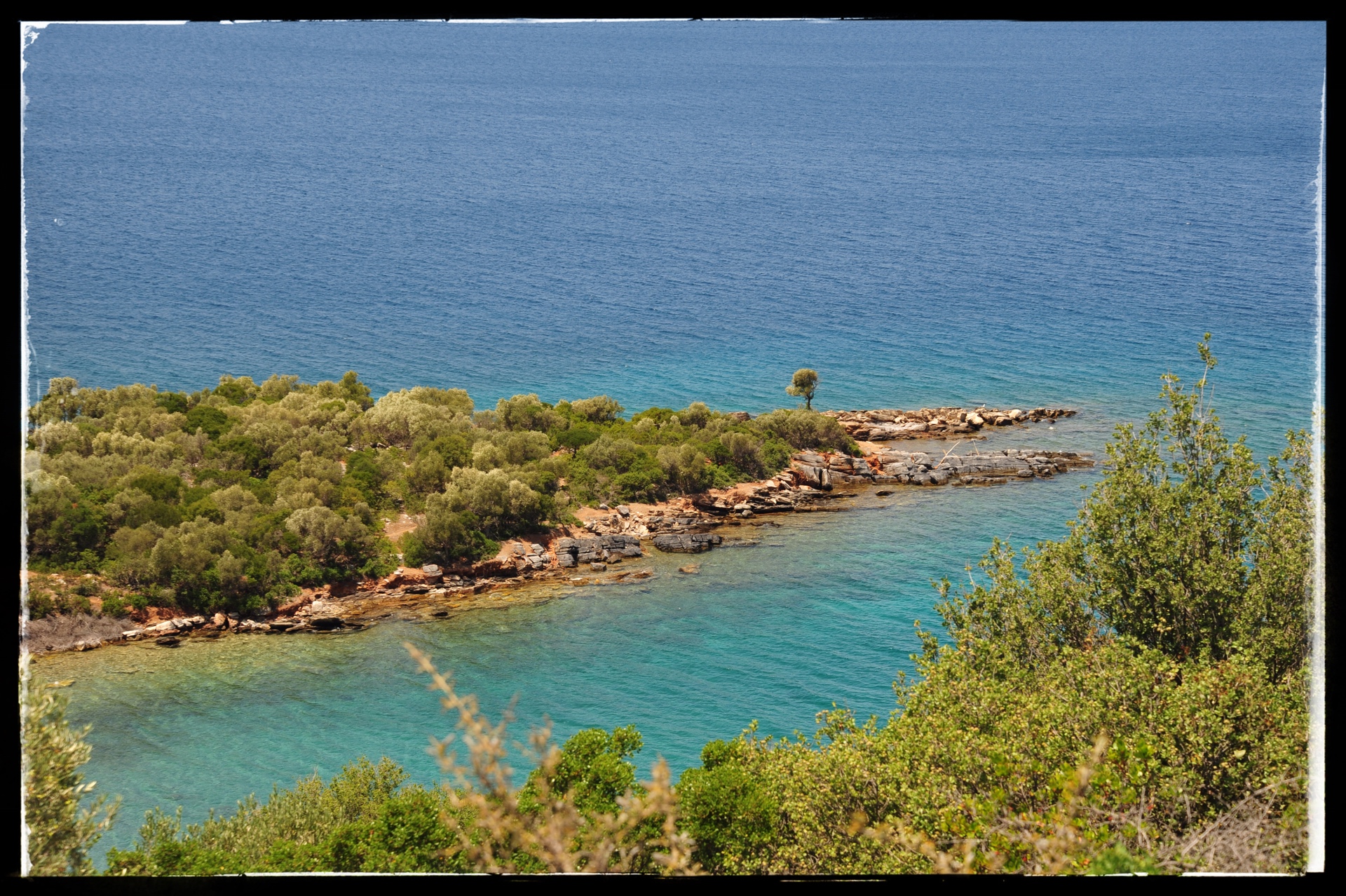 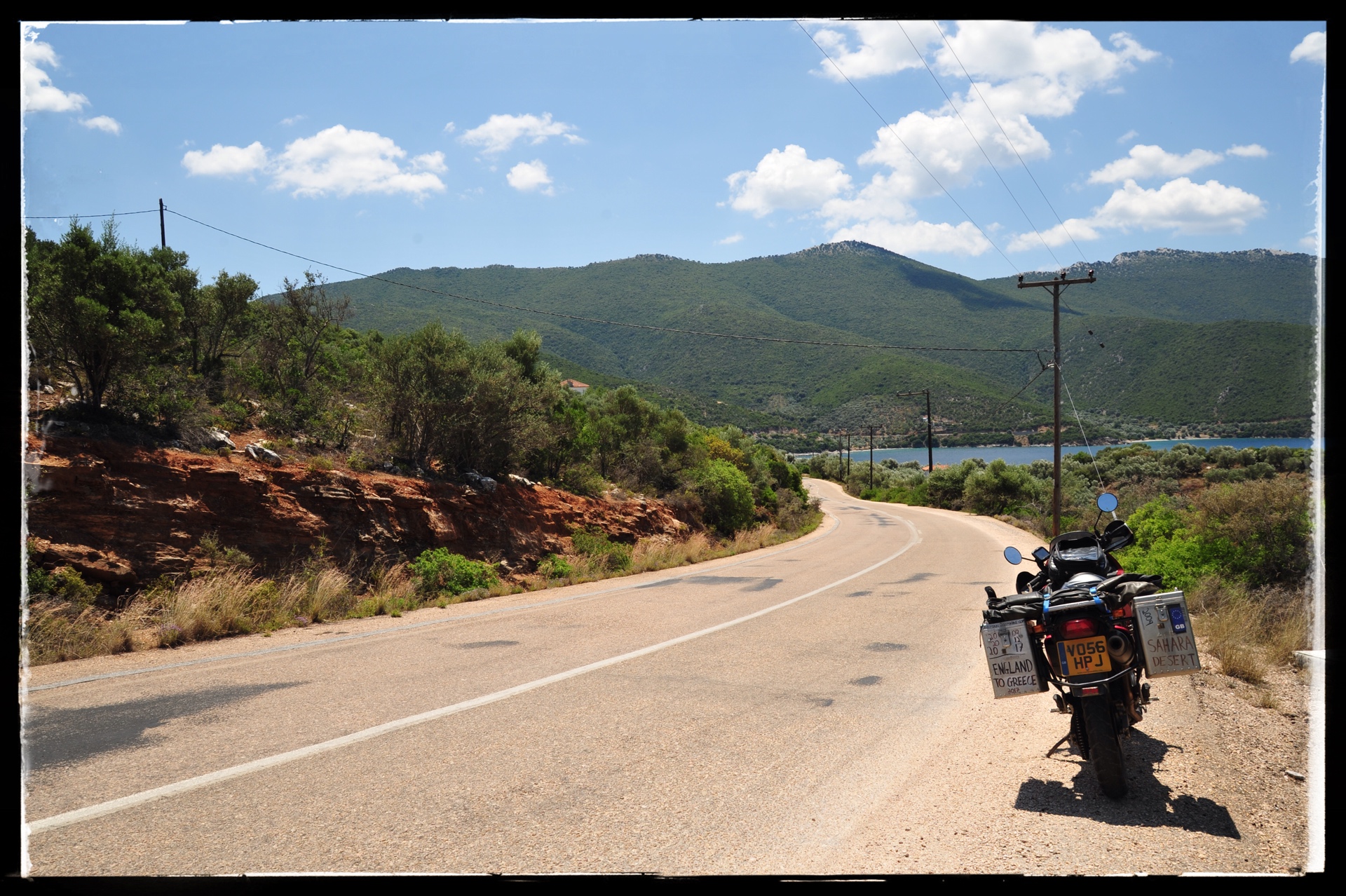 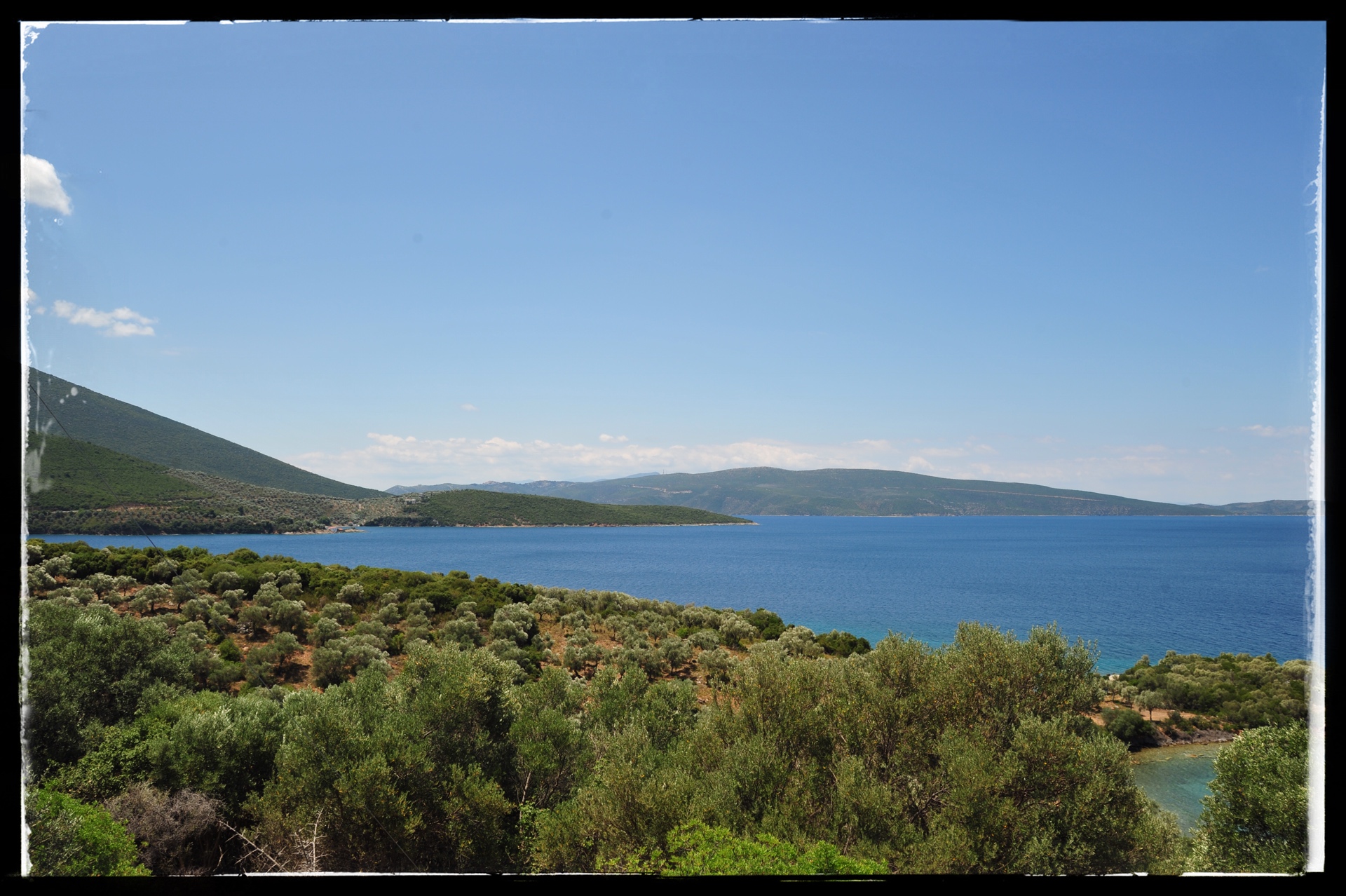 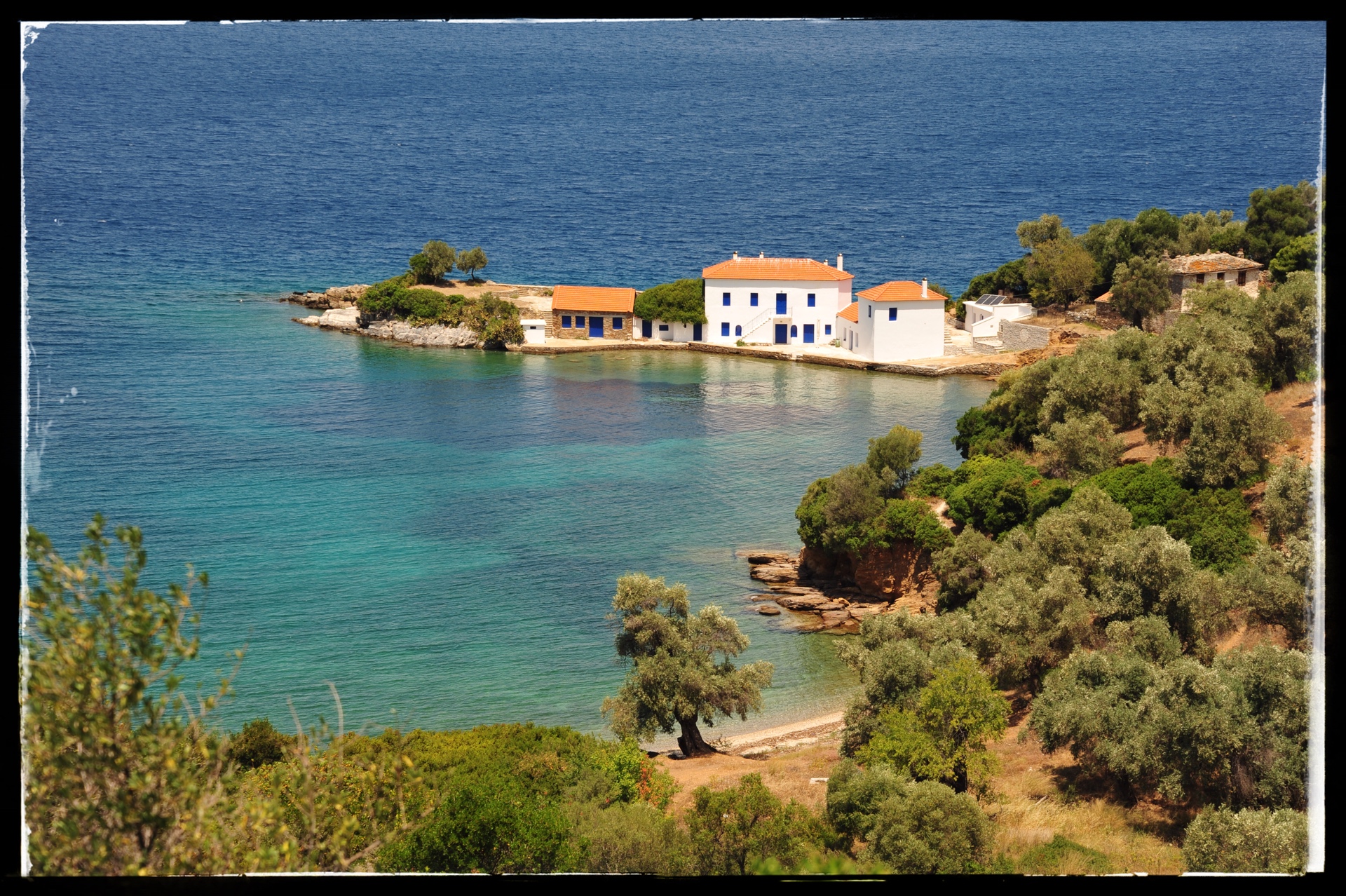 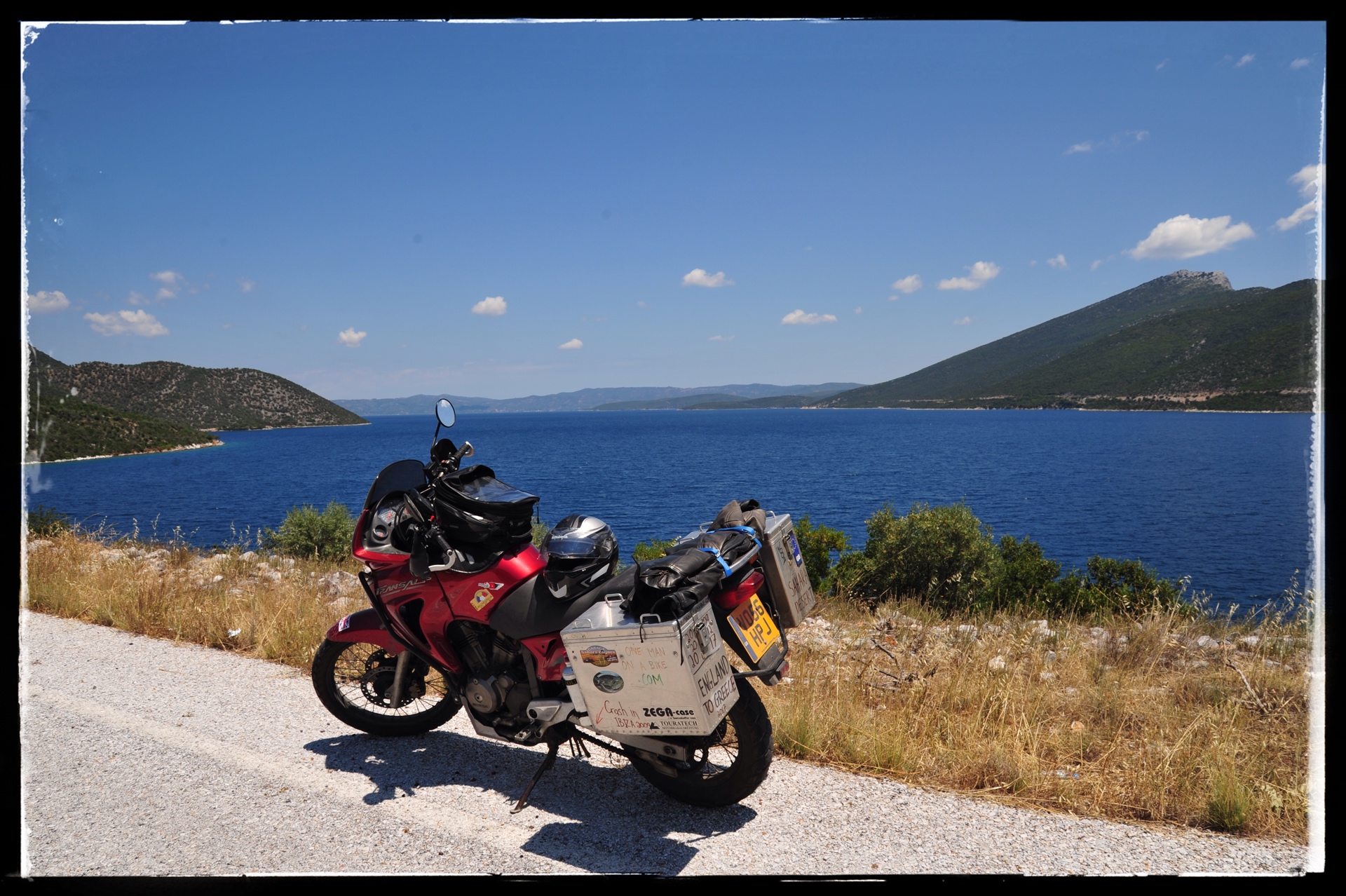 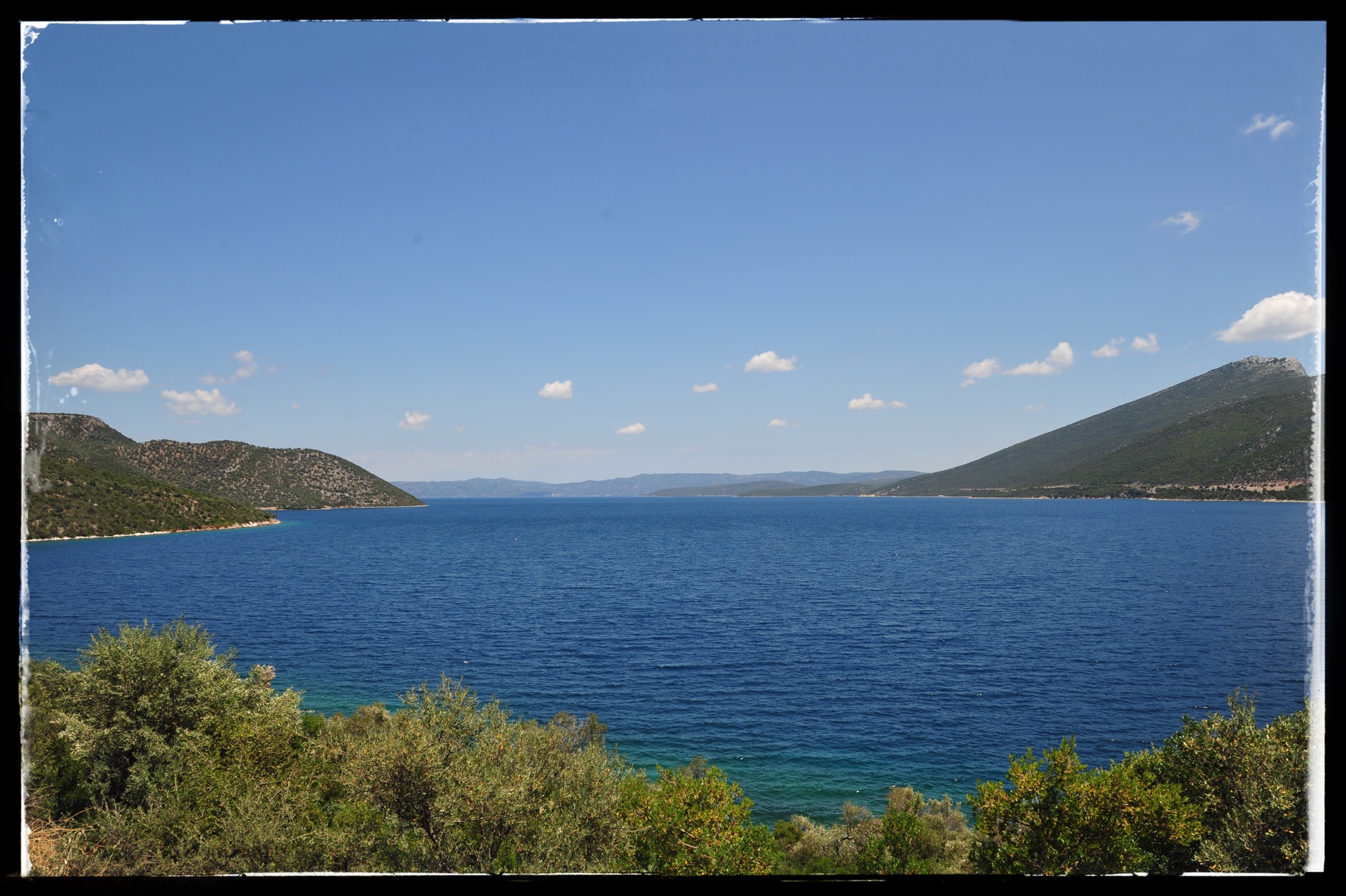 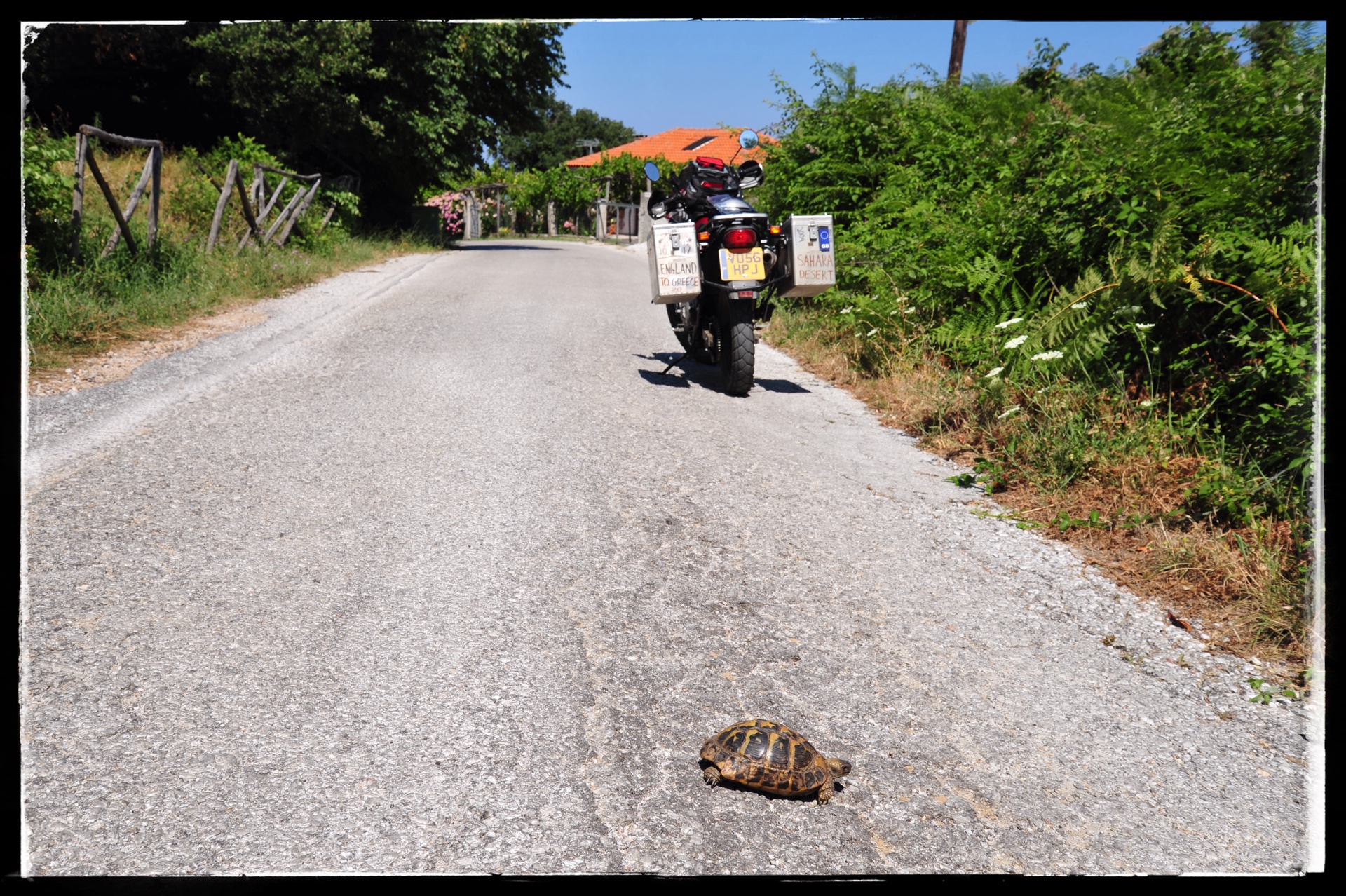