(how not to do) A Lap of Ireland

Going to Ireland in August of 2008 was my first motorcycle adventure and, as such, nothing went according to plan. The story starts about eight months earlier when I watched an episode of Long Way Down with Charley Boorman and Ewan McGregor. Within an hour I was smitten and the moment the episode had finished was I on the Internet looking for a place to do an intensive Direct Access course.

Getting my license wasn’t as simple as I’d hoped, my idiotic tendencies, low intelligence and lack of ability put paid to my first test but I redeemed myself and got full marks on my second. Game on! After a few days researching motorcycles on the Internet I’d decided that the Honda Transalp was the bike for me. I found one, bought it and have never looked back.

After a few months of riding around on Sunday mornings a mate of mine asked if I wanted to join him on a trip to Ireland. He was going on a business trip so I’d have the freedom to ride around for a couple of days and have fun, that was the plan anyway. I did ride around and I did have fun, in a ‘does it ever stop raining here’ kind of way. My trip included lots of mud, camping, saturated fields full of cow shit, a couple of full blown flip outs, a fine selection of English and French cheeses and some nice wine.

The book takes the reader from the moment my imagination was sparked by watching an episode of Long Way Down, through getting my motorbike license, buying a bike and some kit to doing a lap of Ireland and everything else along the way. It’s an interesting book that shows that you don’t have to be a big strapping chap full of confidence with lots of money and a top of the range motorcycle to have an adventure, I’m just an average idiot with not much money and even less intelligence, yet I easily compete when it comes to adventures and fun! 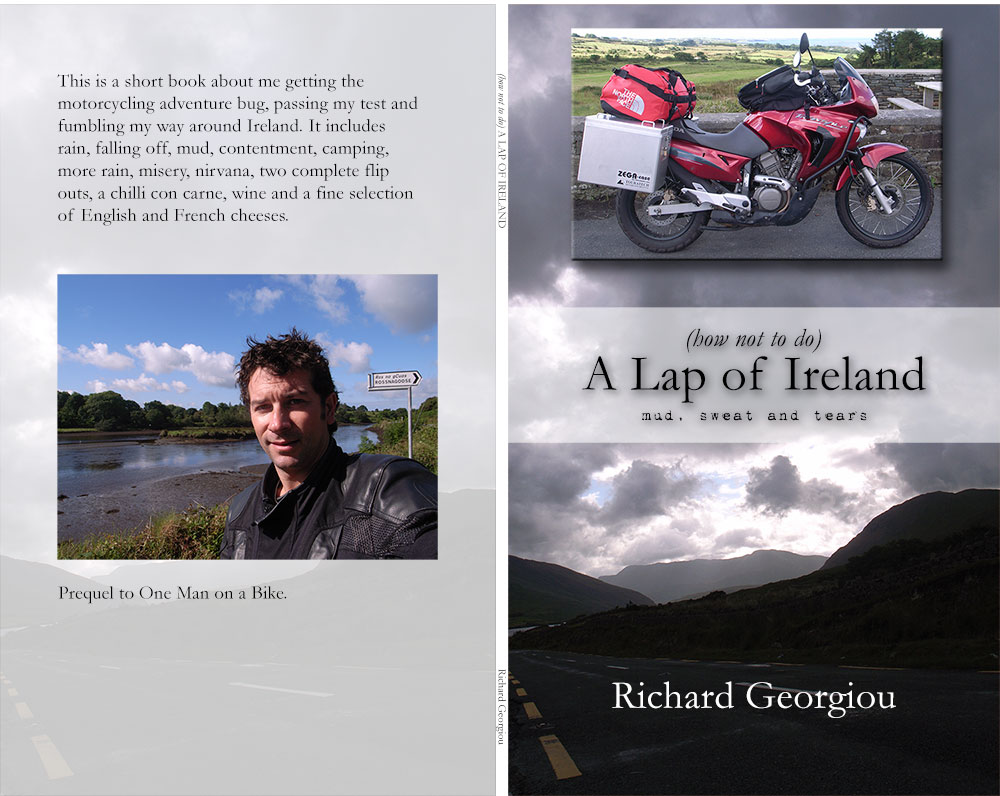