I woke up at 4am to the sound of a toddler throwing a complete wobbler in the tent next to mine. The parents did a fine job of demonstrating some of the most extreme volume whispering that I’d ever heard. Just when I thought it couldn’t get any worse another child started crying in a tent across the way, I swear they were playing one up man ship the little bastards. So, there I was, tired, miserable, and in my tent wishing I was deaf when something magic happened; the toddler that started it all shouted

“Fuck!”, obviously this changed everything. I sat up in my tent and listened hard. The mothers whispering went into overdrive which only egged on the little hero. “Fuck, fuck, fuck!”

At this point the father started laughing as did I. The mother then whisper-bollocked the father all whilst the terrible toddler demonstrated his fine grasp of Anglo Saxon. It was brilliant.

I left the camp site at 9, my destination for the day was a place called Saint-Jean-en-Royans which is the beginning of a wonderful mountainous road creatively called the D76 which sits on the edge of the French Alps. With the help of both a map and my GPS I wiggled my way through the roads and lanes absorbing a feeling that only France has. As the day got hotter and hotter I found myself longing for rain. With nothing but blue sky above me the chance was slim to nonexistent; however, up ahead I spotted a large sprinkler watering the corner of a field of corn. Every once in a while the jet of water would go over the road, I timed it to perfection and rode through just at its peek. With my coat unzipped and my visor fully open I rode into the fine spray to find out that it was actually more like a fireman’s hose. The shock of it gave me a bit of a wobble on but my expert riding ability and manly demeanour got me through.

After half an hour of riding through the beautiful French countryside, with its fields of corn edged with wild poppies and lavender, everything was dry and it was time to stop for a coffee. Unfortunately I’d finished my thermos flask the previous day so decided to stop at a McDonalds to fill it up as their coffee is surprisingly good. I pulled in and queued up being very careful to keep my tank bag away from everyone. When I got to the front I said

“Cat grand cafe noir sivooplay” please excuse the spelling! The girl looked at me and repeated “Cat cafe?” Unfortunately my French doesn’t stretch to “Yes please, I need to fill up my thermos flask and your coffee is nice and reasonably priced” so instead I just said “Oui.” Everything seemed to be going well until my coffee turned up, yes, coffee, singular. I struggled through but in the end was getting nowhere so went outside and got my thermos. The girl laughed and filled it up for the price of two coffees even though it took seven coffees to fill it. Nice girl. For some reason I can’t seem to go anywhere and deal with one person, by the time I left with my coffee I’d spoken with the whole team. As I rode past the McDonalds window I waived and everyone waved back. 🙂

It wasn’t long before the land started rising. The edge of the Alps is a special place for me, the first sight of those incredible mountains does it to me every time. And, I’ve always felt that the villages change slightly showing a modest hint of Swiss chalet. I rode through one tiny village and spotted a delightful old lady getting into her immaculate, red and cream striped Citroen 2CV. The picture was perfect; mountains in the background, fields with bales of hay all rolled up to the left and to the right the most picturesque little high street you can possibly imagine (she probably had a dozen eggs on the passenger seat too). I decided I just had to stop. I pulled up on the other side of the road, removed my helmet, grabbed my camera and pointed it at the old lady. This is when the shouting started. I have no idea what she was saying but it certainly wasn’t “I’m a lovely old lady, please go ahead”. I stood there for a moment too shocked to move. Then when she took a few steps towards me I decided to stick my tail firmly between my legs and run away. Crikey.

The beginning of the Alps really is a bikers paradise and, as such, there were bikes everywhere. Almost all of them went zooming past me at quite a pace as I plodded on. I’ve never really experienced bike envy before but after a few hours riding around the edge of the Alps it had firmly set in. Half of me envied the little sports bikes for their agility and fun nature but the other half saw how uncomfortable they looked. One bike stood out above the rest. It was an Aprilia RSV1000R, a bike I’ve owned myself, the chap riding it was in front of me and was obviously having a hard time. His bike was fully loaded up and he was trying everything to get comfortable. I sat behind him for about 70 miles and not 10 second went by without him doing something to try to get more comfortable. He’d take his feet off the pegs and let his legs hand down, move his arse to the left side of the seat, then the right, then he’d take his hands off the bars and stretch, then he attempted to stand up on the pegs which ended with quite a wobble. Unfortunately it all ended as he stopped at a set of traffic lights, he simply couldn’t put his foot down and the bike just fell over. He didn’t try to get up, I jumped off and tried to help but all his mates had him and and sorted before I knew it.. Poor sod.

Anyway, enough from me. Tomorrow it’s the D76. Wohoo. 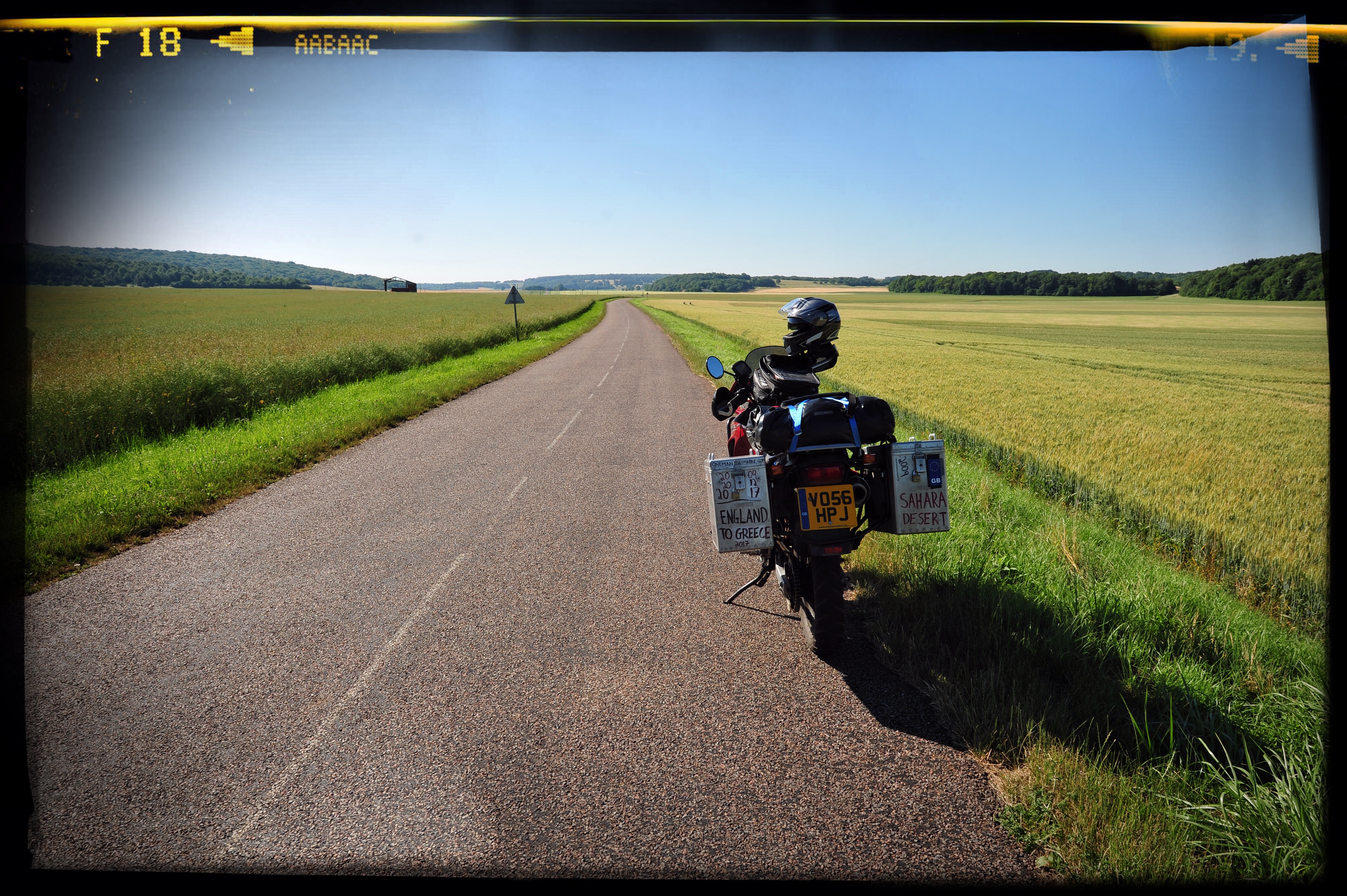