With the temperature set to be about forty today it was definitely an ‘explore on foot’ day. After a double espresso, a boiled egg and a nice slice of cake for breakfast I made my way out into the village. I’m not sure if it was the early hour of the day, or the fact that it was a Sunday, but the village felt even more tranquil than that of the previous days. The distant sound of the bells from the Greek Orthodox Church in the village square combined with the sound of the mountain water running down the slipways next to the cobbled paths completed the scene perfectly. I watched as an elderly man watered the flowers outside his shop and wondered about his life, I’m sure he had all the same problems and worries as the rest of us but it was difficult to imagine as I watched him tending to his flora. After a liberal watering he carefully checked through the leaves and removed the tired ones. When he finished with each plant he ran his hand over the top like he was ruffling the hair of a young son, then he smiled and moved onto the next.

I slowly made my way through the village trying to take in both the sites and the sounds as I went. As I made my way past the string of restaurants I was treated to a cornucopia of wonderful aromas; the sweet one was by far my favourite. I made a metal note to pop in on the way back and continued through the village. I passed gift shop after gift shop and peered into each one to see what they were selling. They all seemed to be selling the same stuff then I found one that sold baseball bats, I thought that a little strange and then I saw hand cuffs sitting right next to them.

“Bloody hell, what kind of village is this?” I muttered under my breath.

I continued to the end of the village then kept on going. With the temperature rising I was a little worried about getting burnt, I don’t burn as a rule but in temperatures such as these you never know. I’d attempted to get some sun cream in the village yesterday but unless you want a bead necklace, a wooden donkey or a fridge magnet you’re going to be out of luck.

Being well aware of how terrible my directions are I concentrated on keeping my bearings and took note of every small junction I took. Before long I had descended enough to make my ears pop. When I turned and looked back at the village it was far further than I expected. I about turned and made my way back towards my base. It was a hard walk back but soon enough I had the village in my sights. I walked past the shop selling baseball bats and hand cuffs and continued back the the restaurants where the sweet small came from earlier, I found a place and took a seat. When the waiter turned up with a bottle of the wonderfully cool mountain water I placed my order of Pan Fried Chicken. Whilst I waited I read my book and admired the incredible views.

Fifteen minutes later I was presented with my feast. I had made an excellent choice. The pan fried chicken both looked and smelled incredible. In this heat my appetite disappears but it was back with vengeance the moment my dinner arrived. I enjoyed my food and read another eighty pages of my book. After my chicken I had a slice of cake and a double espresso to keep my caffeine addiction happy then made my way back to the hotel for a nice cold shower.

All in all I walked for around eight hours today and the one thing that struck me about the places I’d gone through was the complete lack of pressure; not once did I see anyone who looked to be in a hurry, everything still seemed to be happening but at a pace that was far better suited to the hot environment. Perhaps I’m just used to living in a place where pressure and speed have become the norm.

I didn’t take my camera with me today so you’ll have to make do with a couple I took with my phone. Much love! 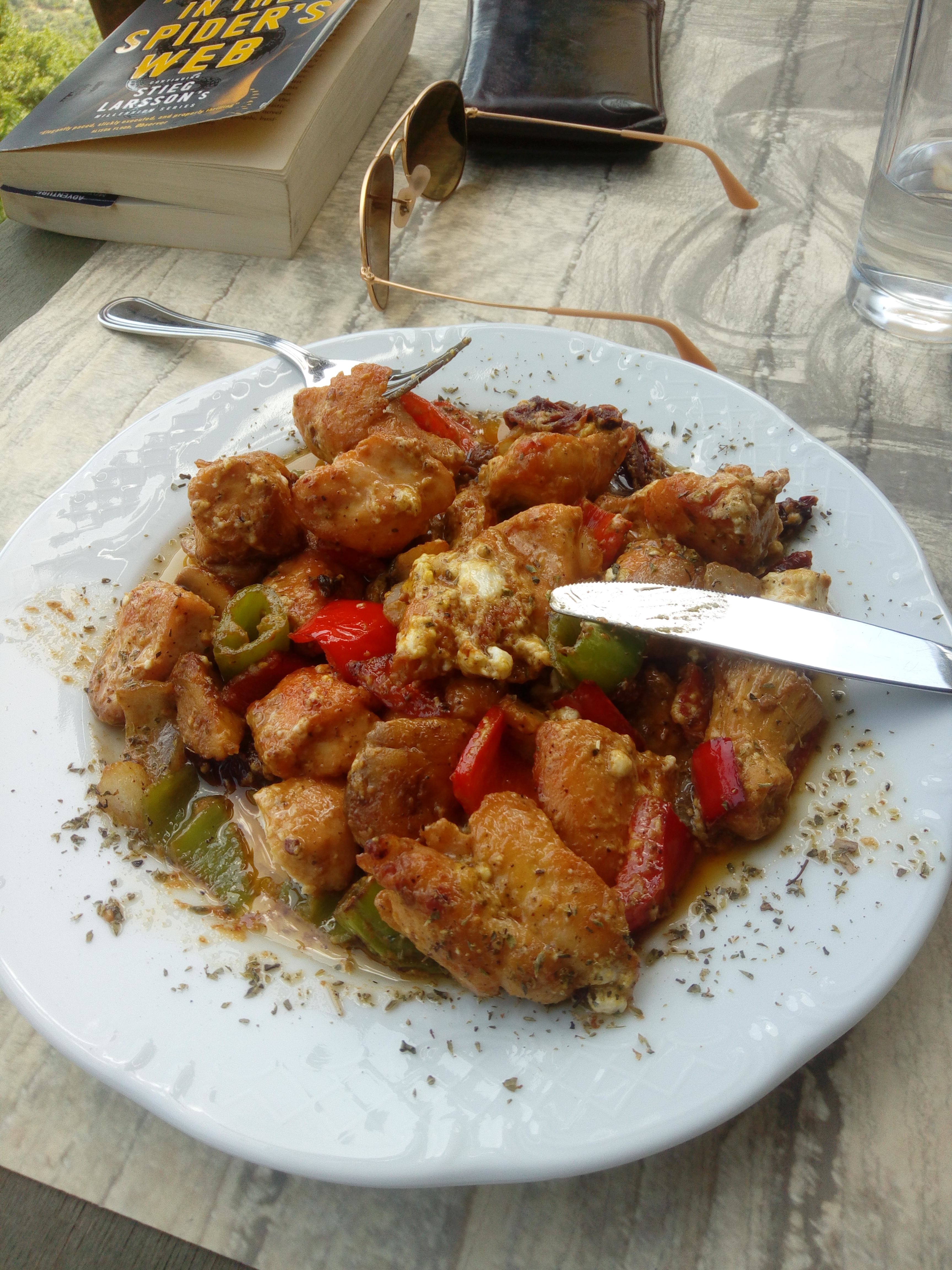 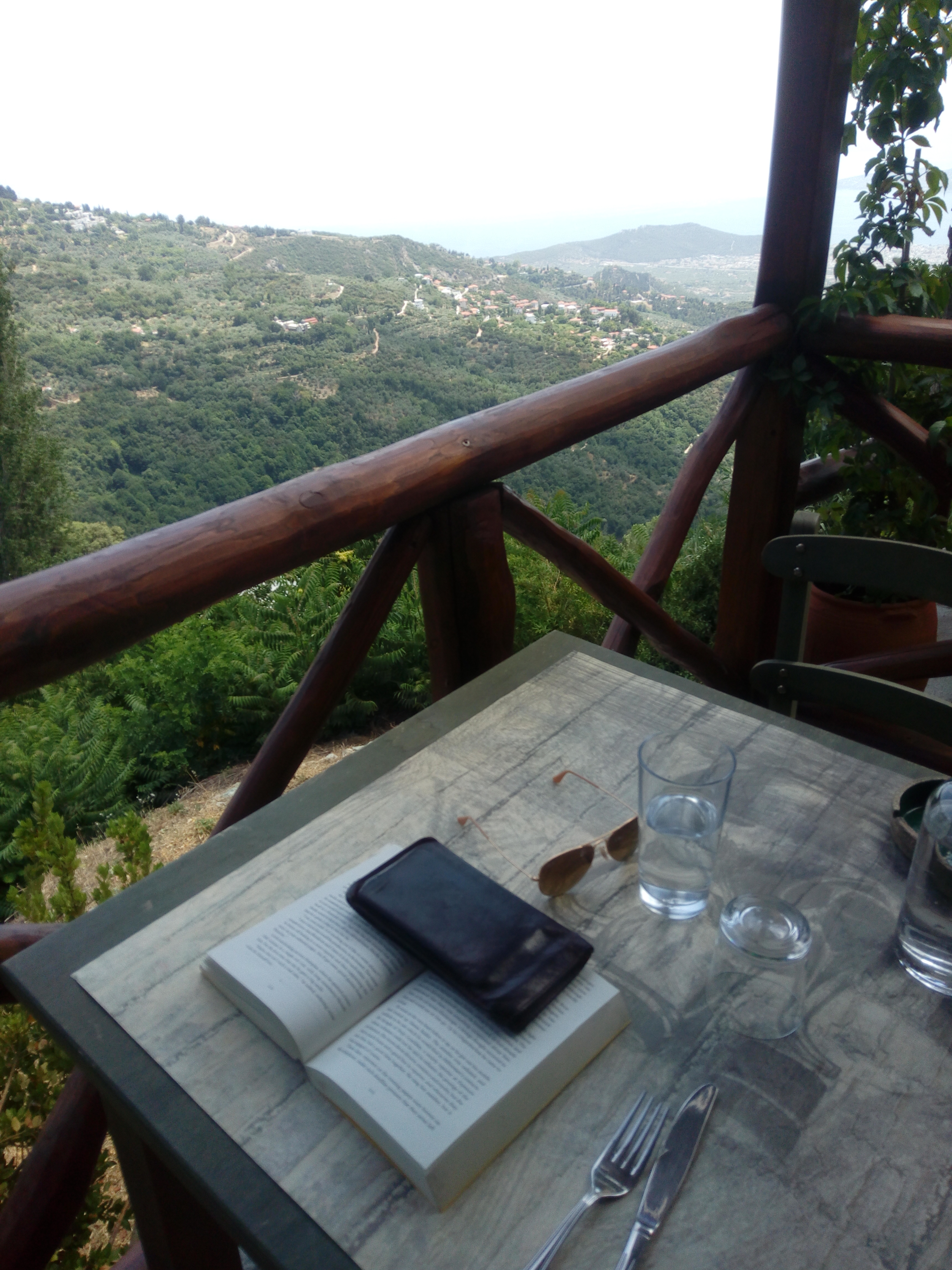 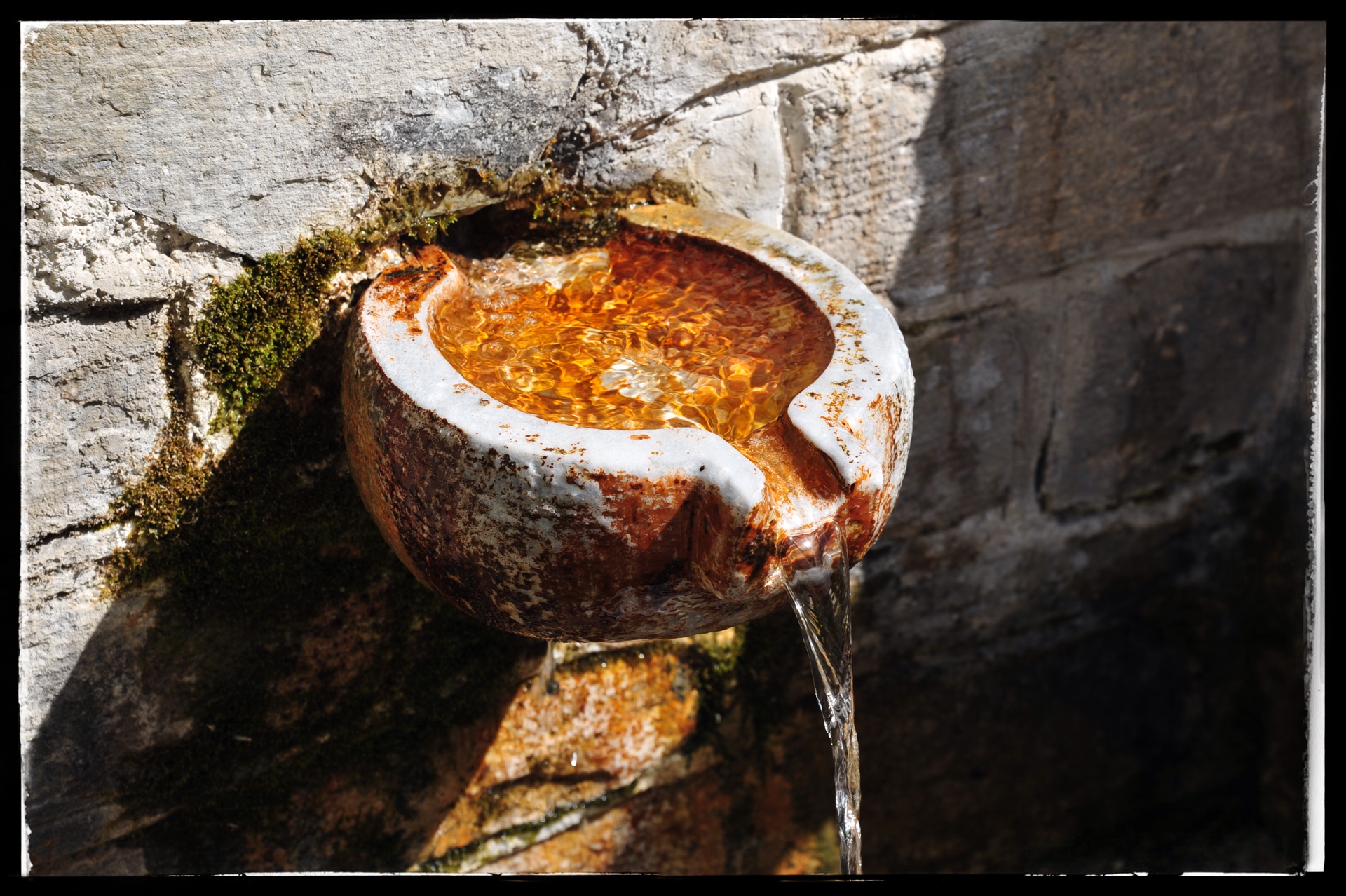