It turns out I’m not as fit as I thought I was. After being told about a beautiful wooded walk by the owner of the hotel I’m staying in I decided that today was the day. I checked I had my shorts on, had some breakfast, grabbed my camera and set off.

The next village, Portaria, is only about two miles away so the walk there was pretty easy. The sun was not yet in full swing and although there wasn’t a single cloud in the sky the air hadn’t had time enough to warm up much above twenty-five degrees. In the direct sunlight I ambled my way slowly absorbing the view, as is often the case you see so much more when walking. After about a mile I passed a nondescript building where something was definitely going on. Going by the grunts, groans and the sound of balls being whacked against a wall it was either some kind of weird torture chamber or a squash hall, or perhaps both (not that squash is not torture enough).

When I reached the shaded archway which was the beginning of the walk I stopped, had a drink from the fountain and looked around. There was a cafe close by and the light from the sun, dappled through the trees, seemed to give life to the tables. As is ever the case the temperature difference between the direct sunlight and the shade was marked. I made my way through the archway and began the walk.

The sound of running water when the land is dry is always a pleasure, the walk from Makrinitsa to Portaria may well have had a wonderful view but the land was dry and hard. The instant change from hot, brown and dry to cool, green and full of running water was a pure delight. I made my way down the tricky slope admiring the columns of light that the overhanging trees allowed through. I took the cap off my lens, composed and fired. The open, three dimensional world we live in is full of so much more depth than when flattened into a single plane but I was happy enough with the results.

The walk climbed it’s way through tiny overhung pathways, rickety wooden bridges and over boulders worn by the feet of walkers for what looks like hundreds of years. As it continuously climbed I found my legs, normally quite strong and able, had started to shake and quiver. I continued taking my photographs being sure to check the exposure each and every time and compensating whenever necessary. I stopped and looked back to discover that I’d done a reasonable job getting as far as I had without a break.

When I reached the end of the walk I exited the woods back out into the heat and direct sunlight. The change from dark and green to bright and brown was a rude shock to the system. I foolishly assumed that I knew where I was and wasn’t lost when I made the decision to walk back via the road instead of back through the woods. I found the road, jumped on and continued walking.

“Makrinitsa?” The lady smiled and pointed back in the direction of which I had just come. The look on my face must have told the complete story as she laughed and offered me her bottle of water. In her eyes I could see the word ‘idiot’ forming nicely. I thanked her, turned down the water, about turned and allowed my wobbly legs to carry me home.

As I’m sure you’ve worked out, I made it home. My little four or five mile walk probably ended up being about ten which knackered me out completely. I hope the photographs are worth it.

EDIT: The photographs aren’t as good as I was hoping but I’ll be damned if I’m going back! 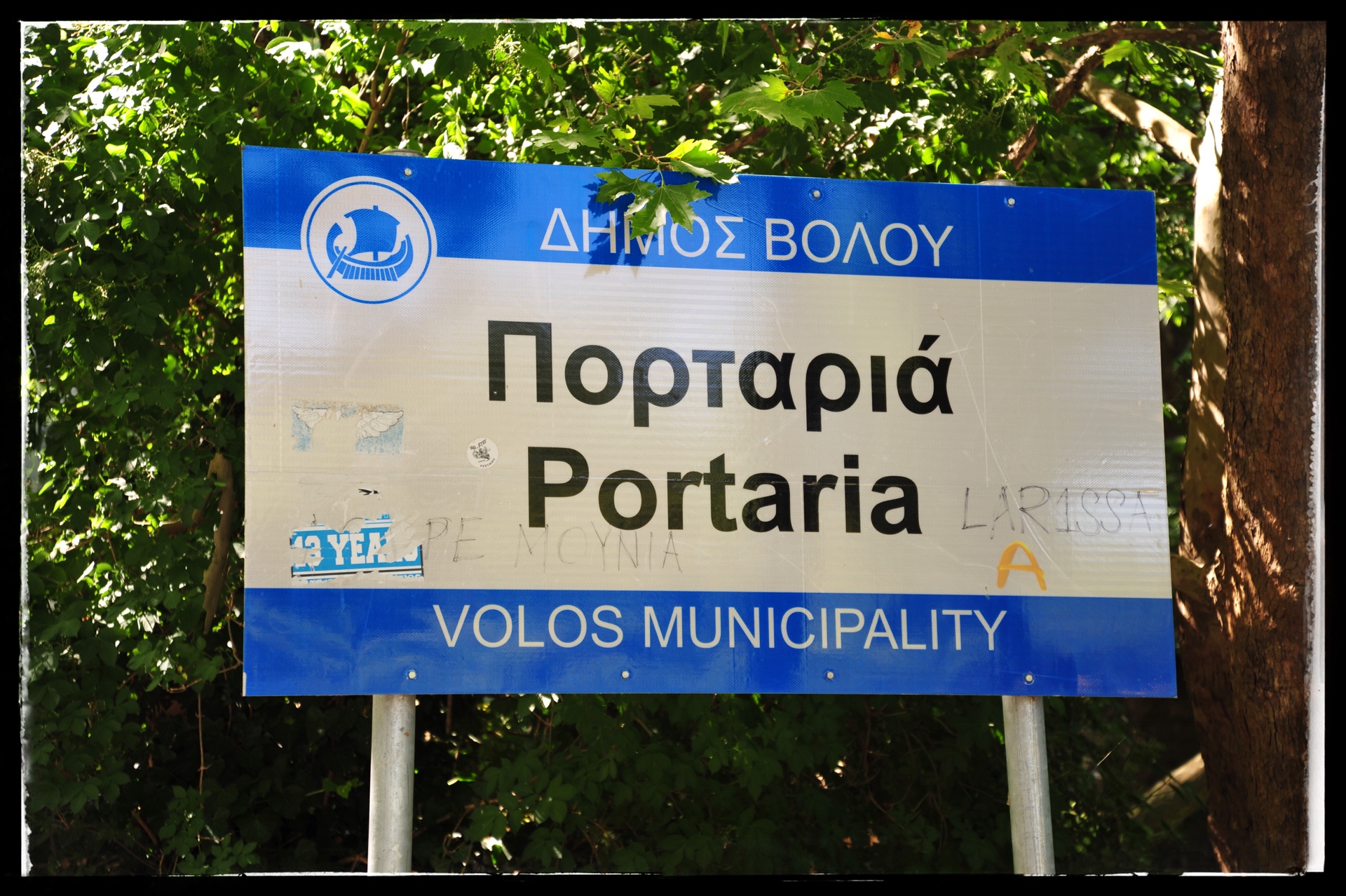 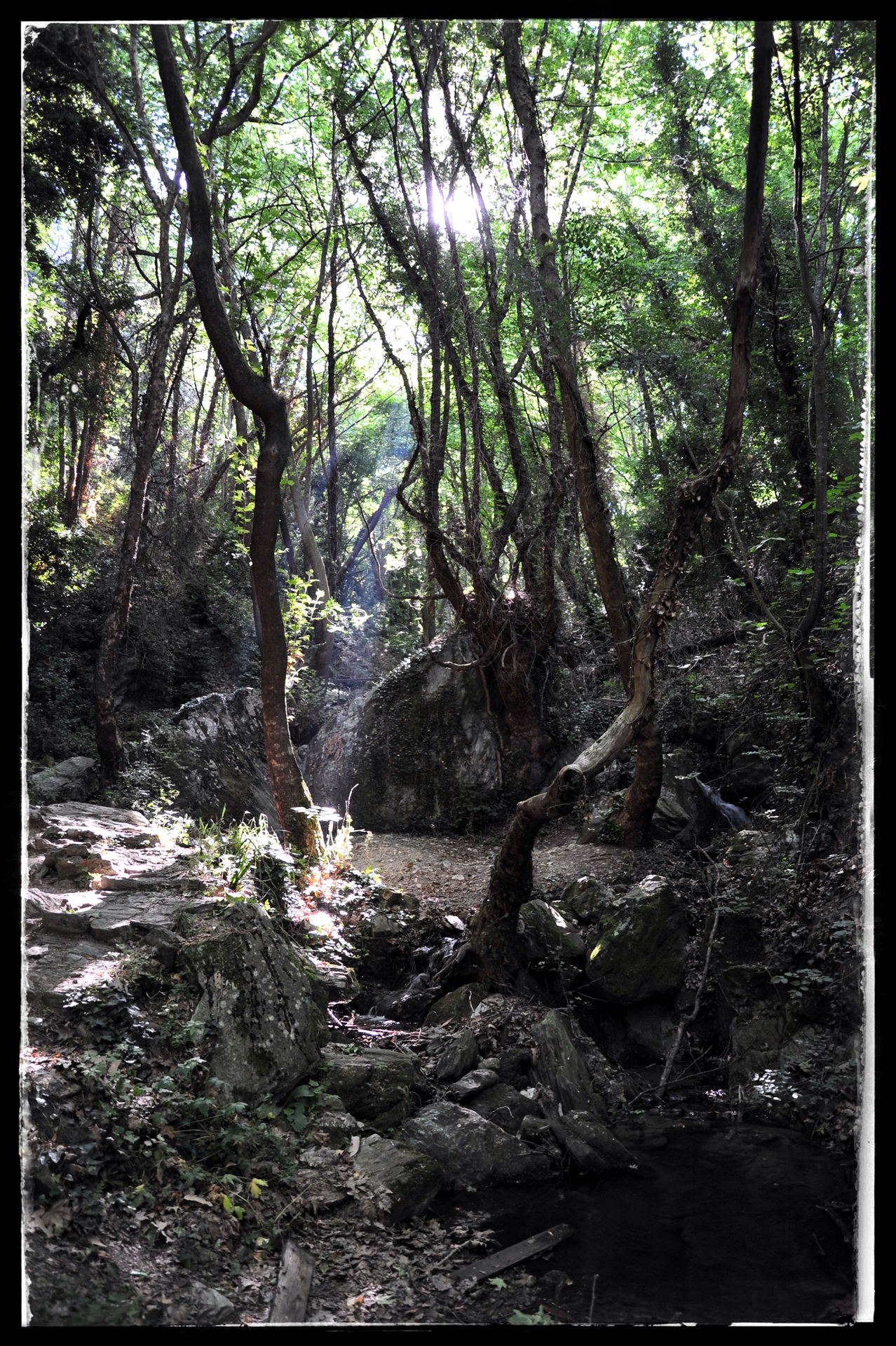 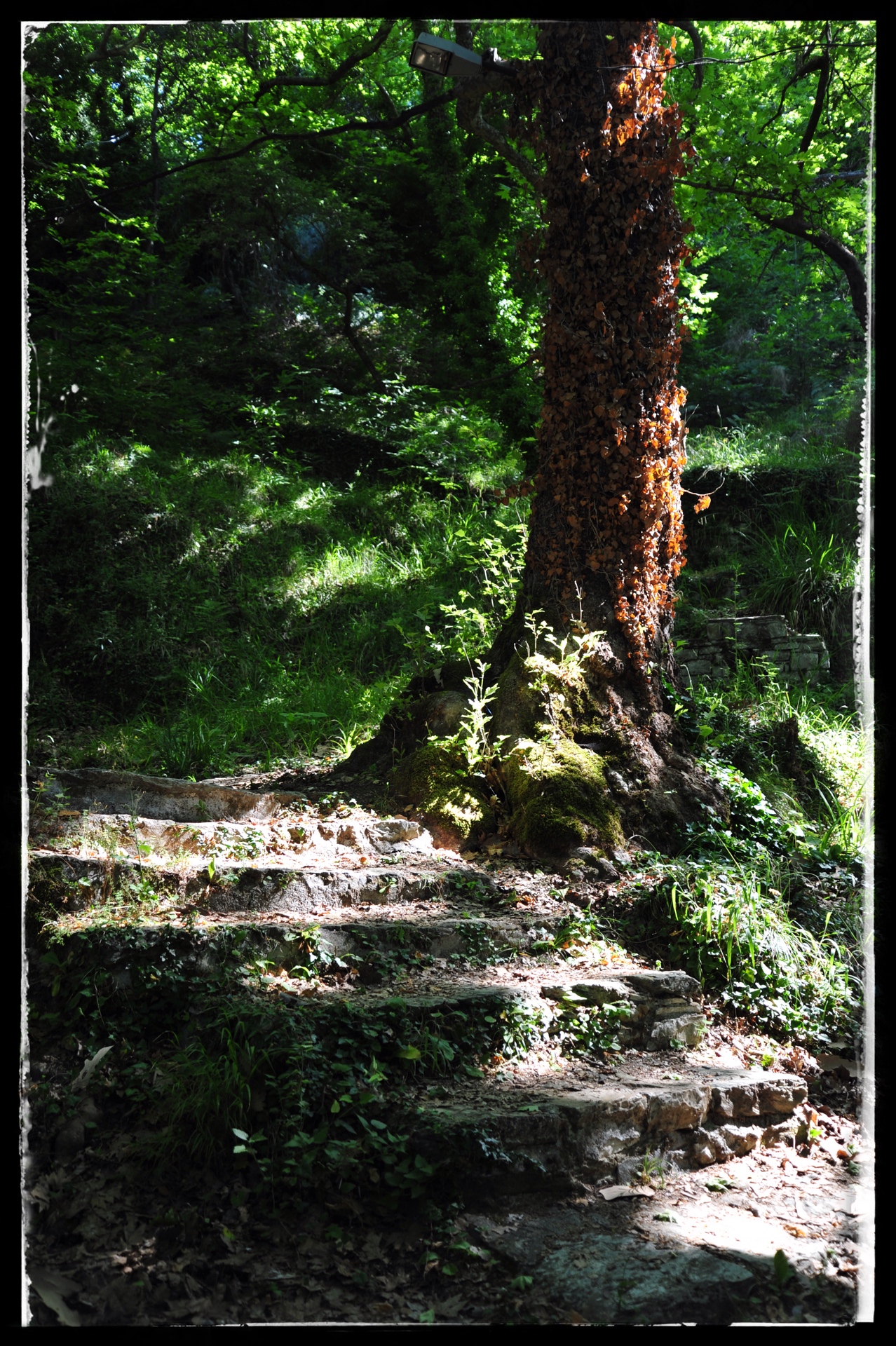 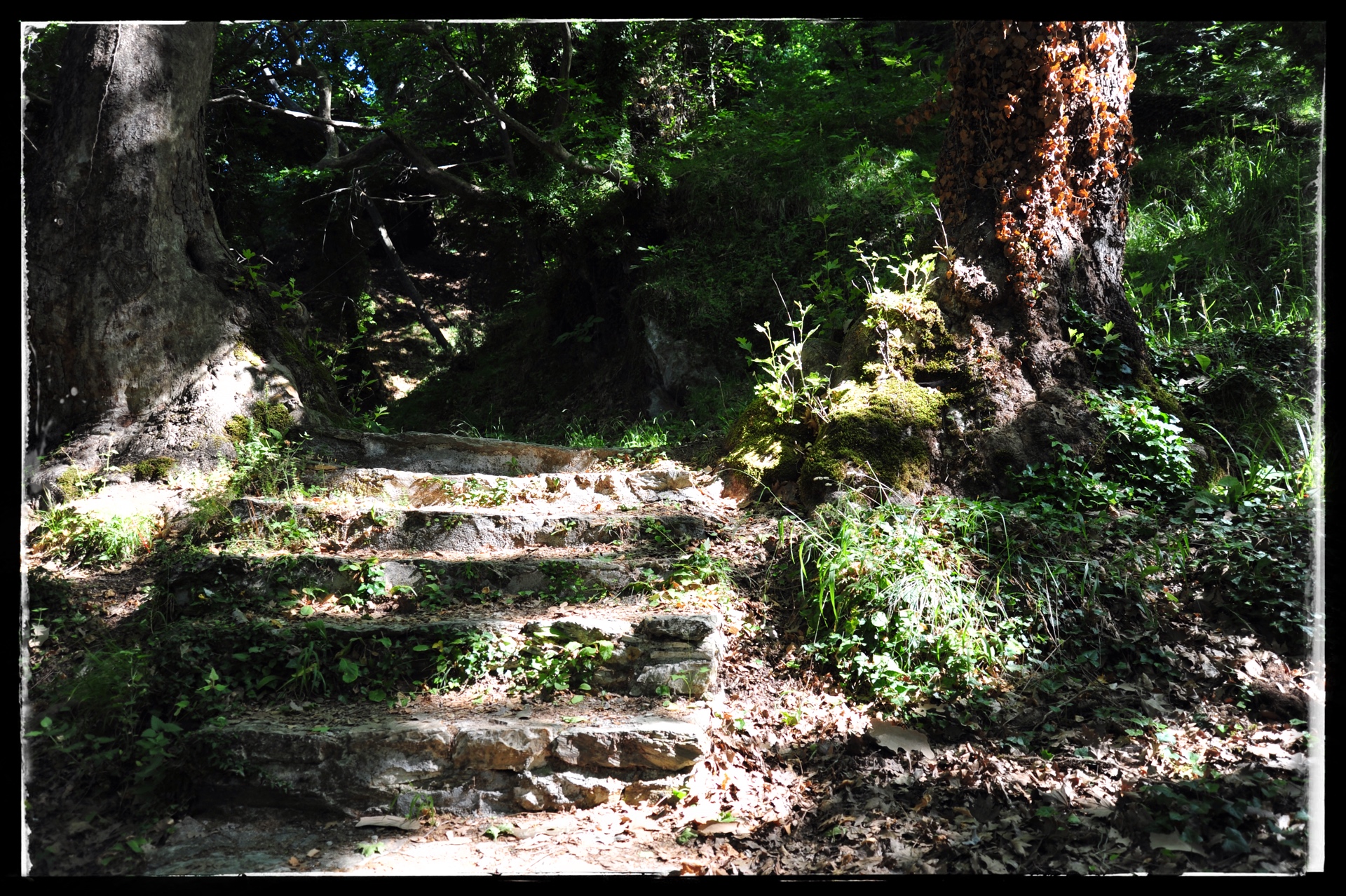 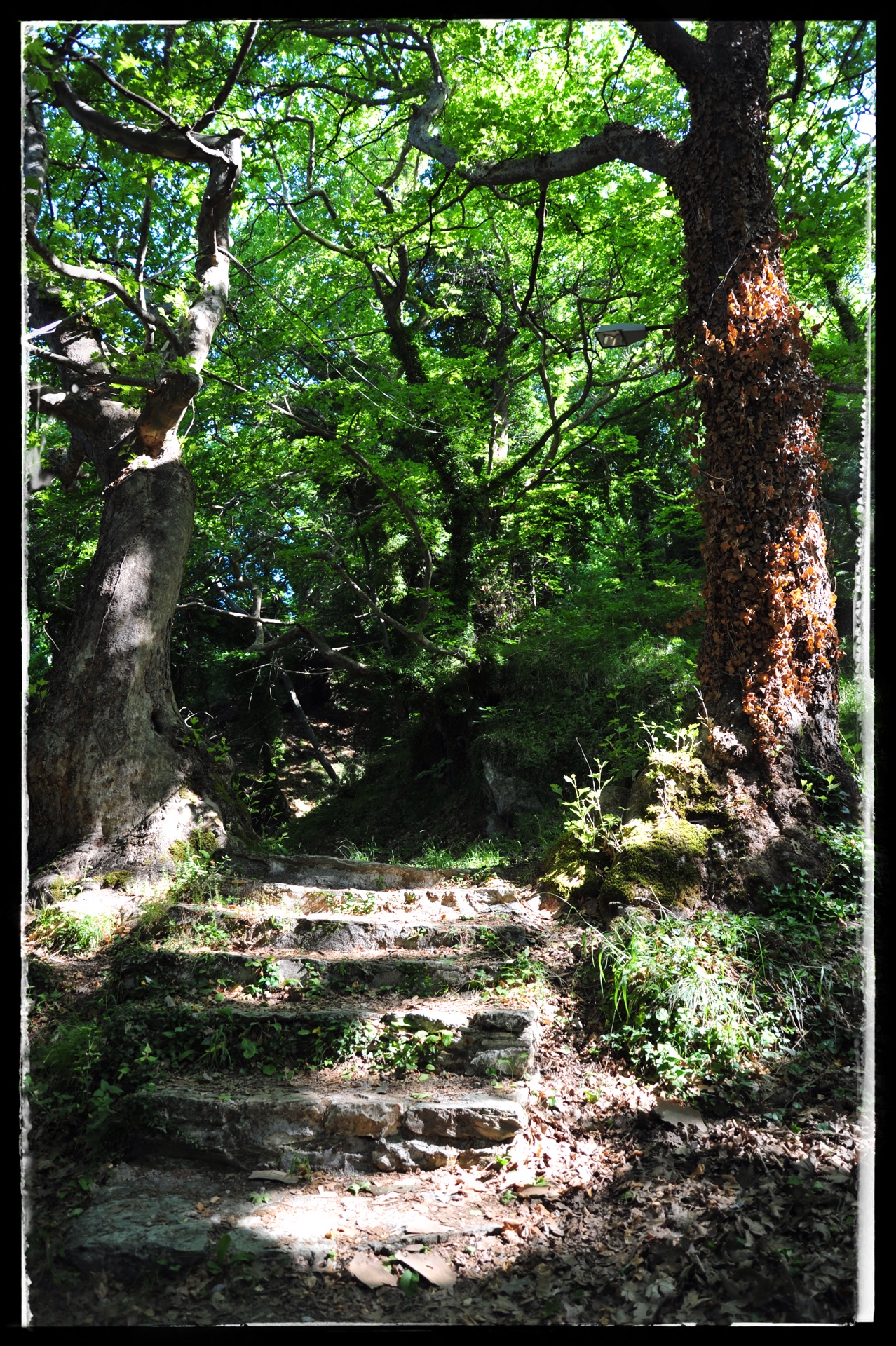 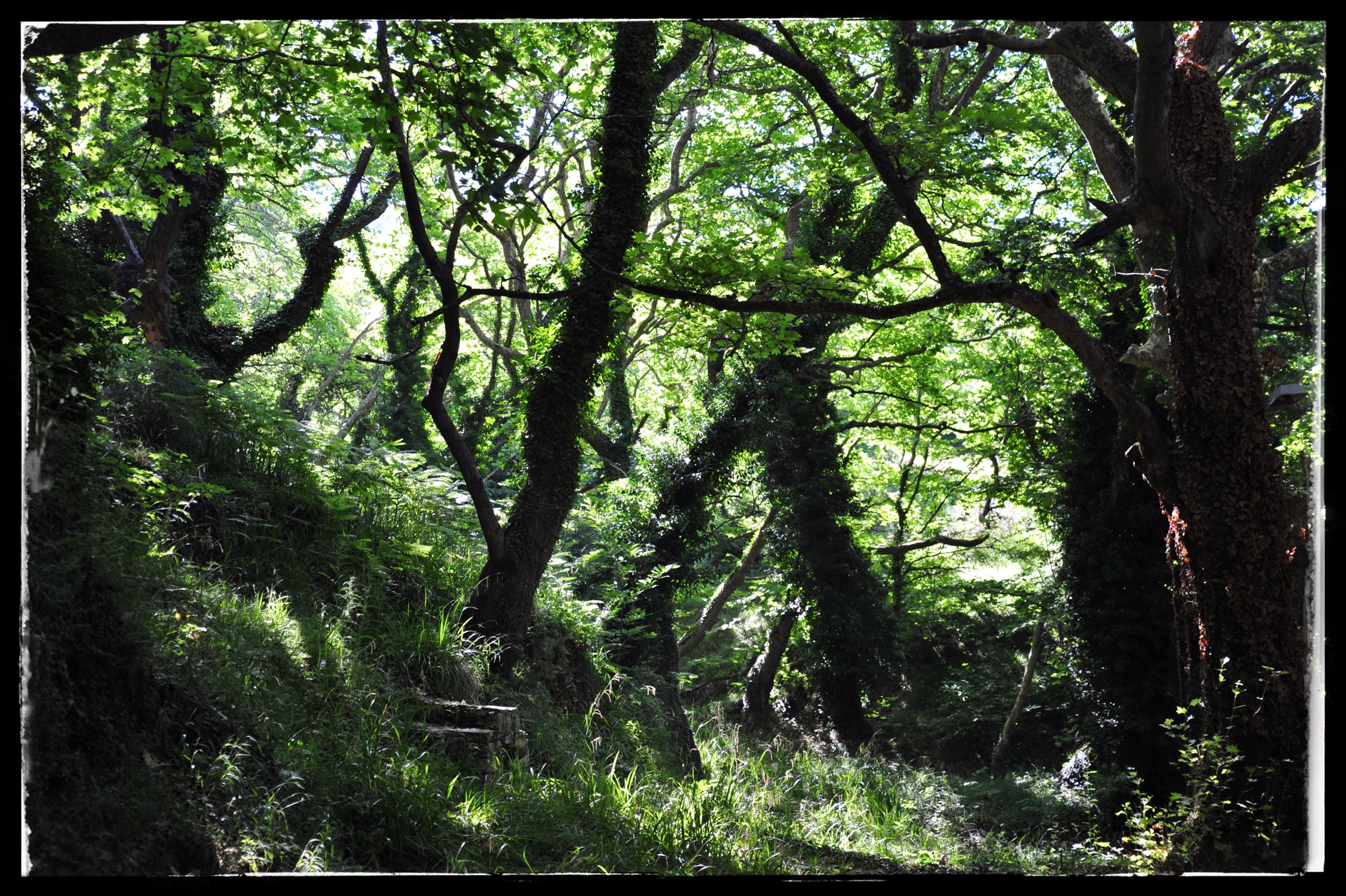 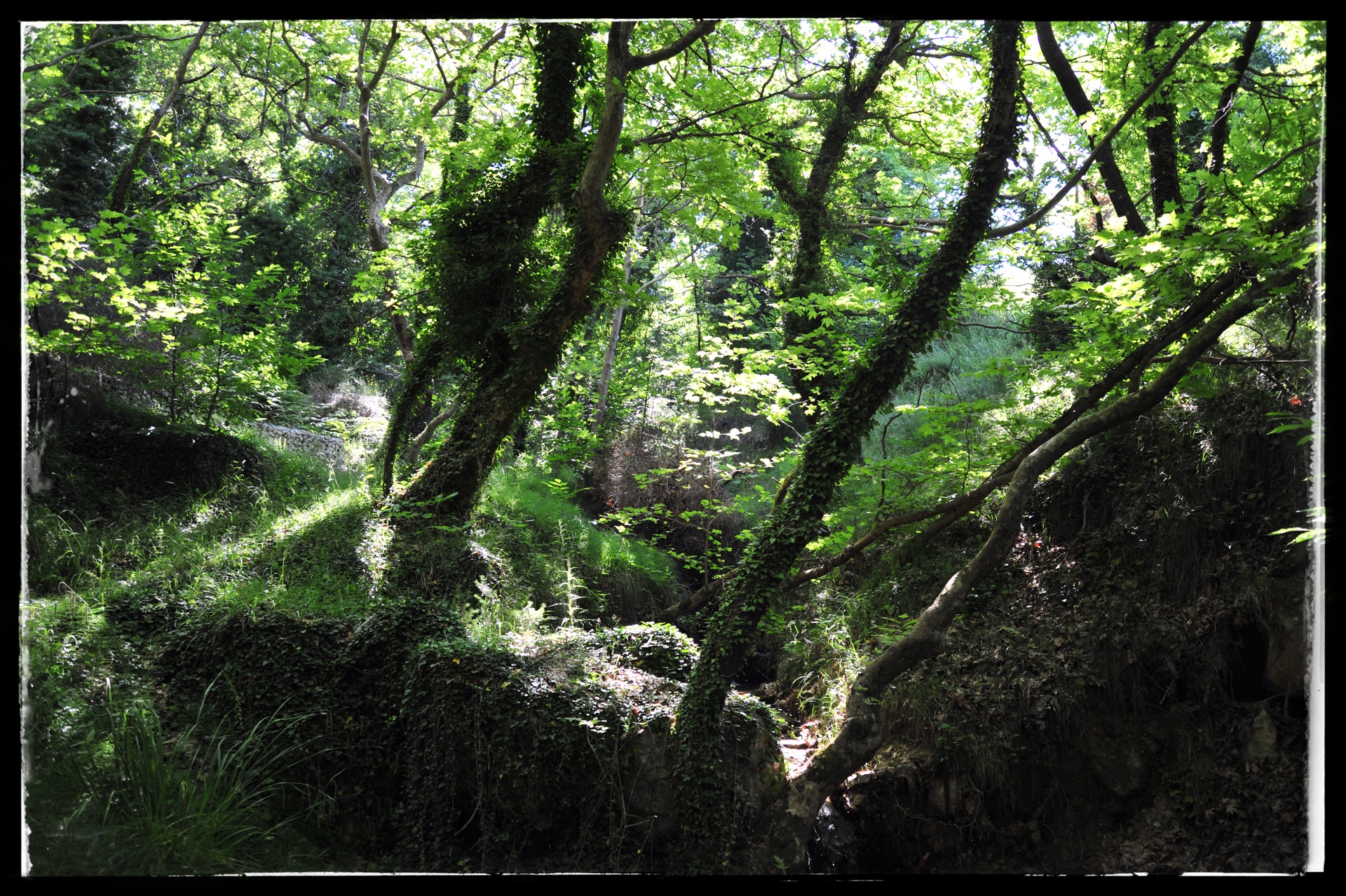 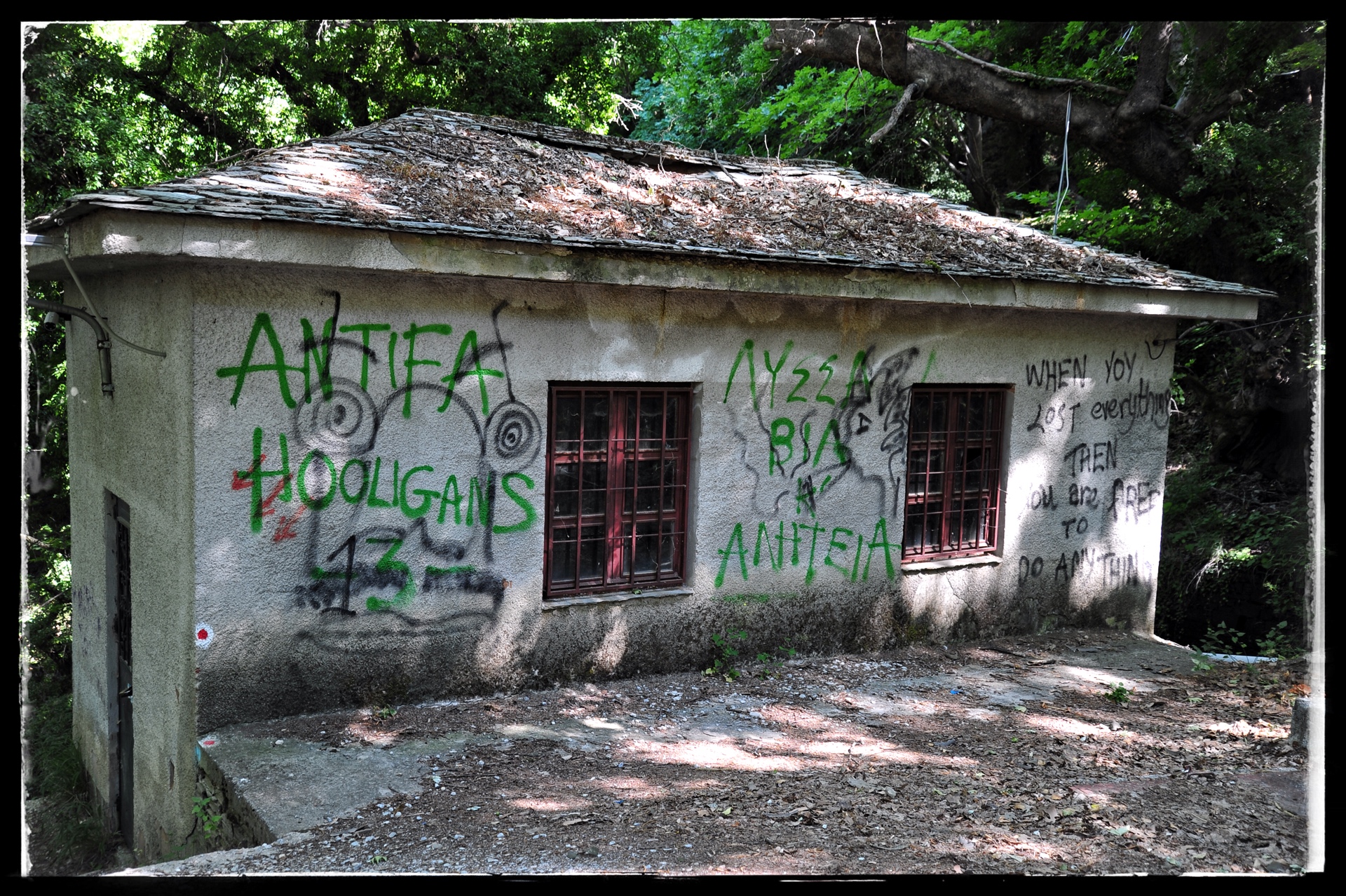 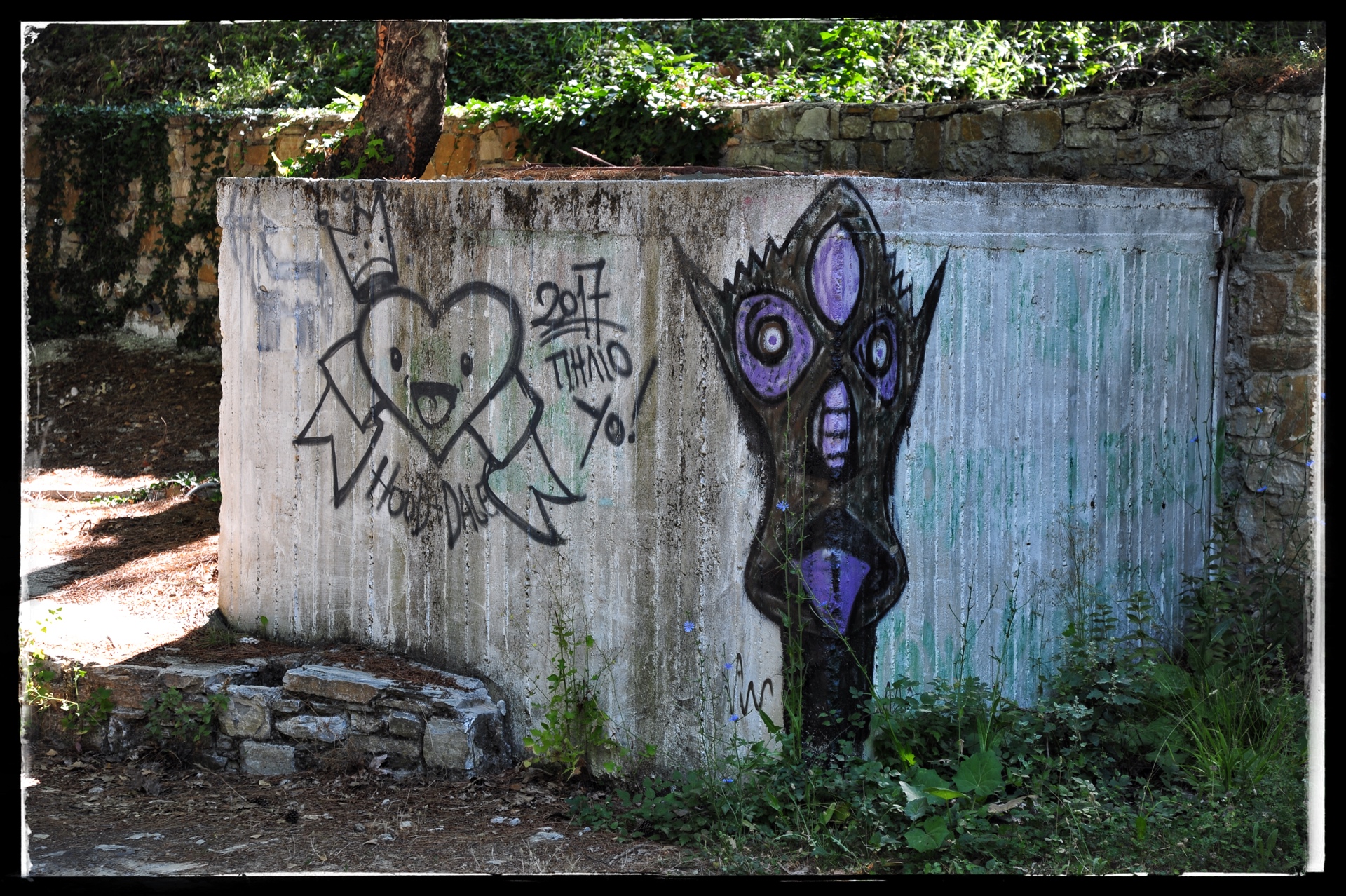 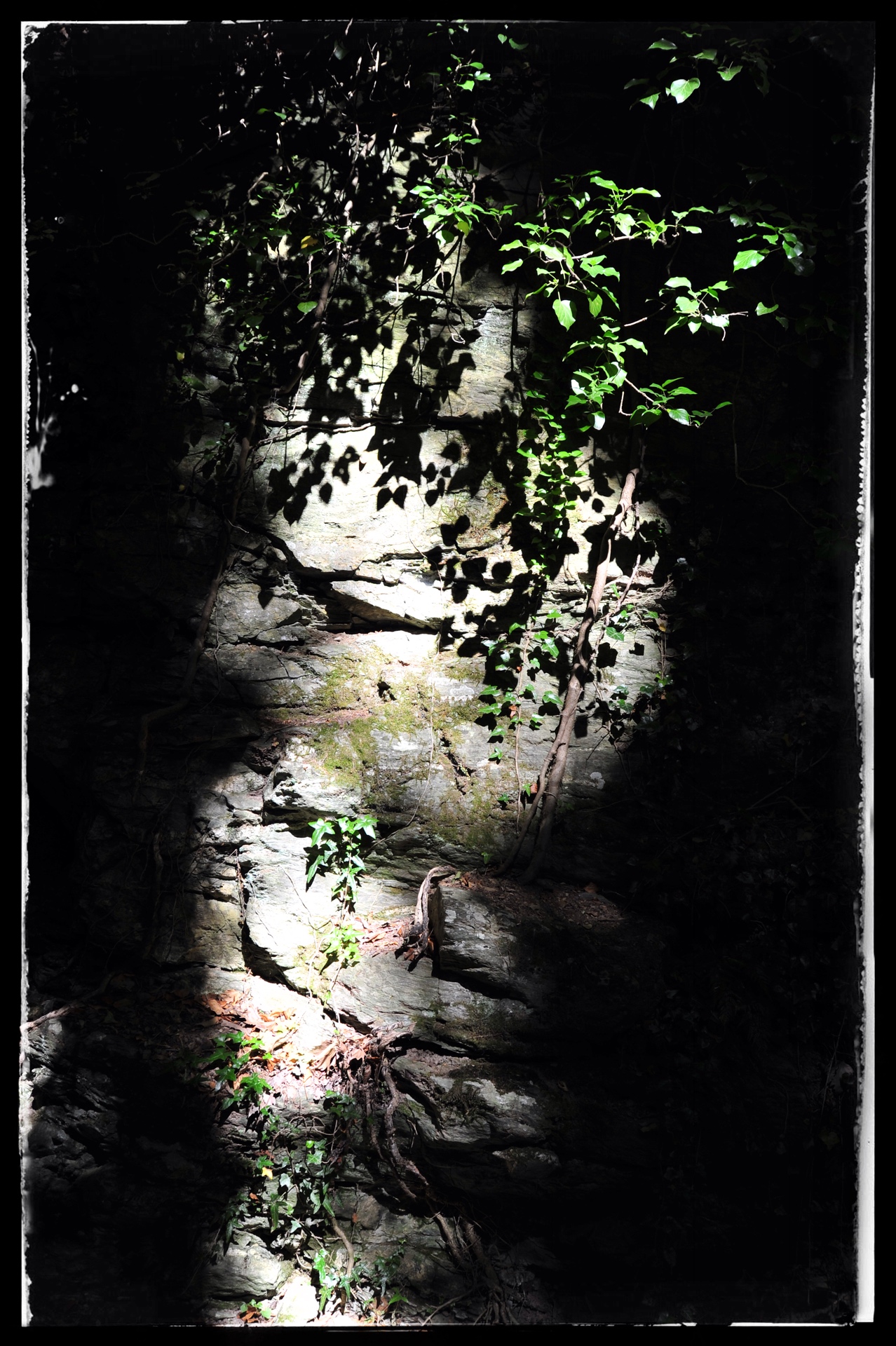 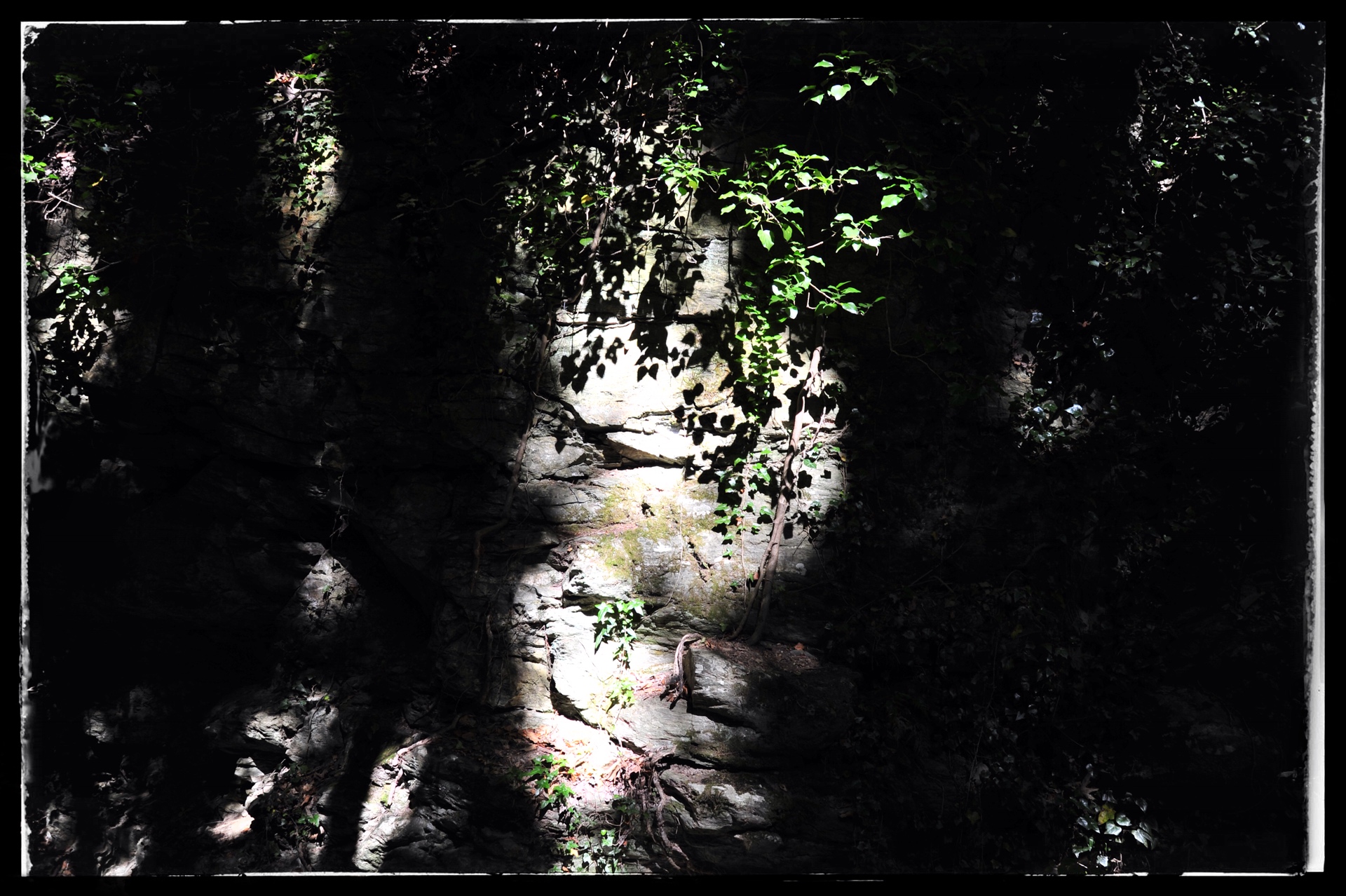