Whato my lovelies. Today has been a funny old day. I woke this morning to a huge thunderstorm and heavy rain but it had stopped by about eight so I pack up and left around nine.

Riding through Slovakia was mesmerising, sure it’s got it’s rough parts but once out in the countryside it’s just beautiful, I’ll do my best to upload some photographs. It’s interesting, even though I only briefly visited Switzerland, Austria and Slovakia, I feel able to draw a comparison in my head. Sometimes the natural element of rough and ready is far more beautiful than the perfectly manicured elements of prim and proper. Slovakia being the former and Switzerland being the latter. Austria is like Switzerland but just a little less so. I think that sums them up for me.

The rough part I spoke of earlier was Brezno. It wasn’t pretty and there were parts where it looked most dodgy. As I rode through one of these dodgy looking places a car rode up along side me and a chap in the back waived his hand asking me to pull over, when I didn’t pull over he waived a plastic bottle full of a horrid looking brown liquid out of the window at me. When I still didn’t stop he waived a bloody big knife at me. To be fair he was grinning like a weirdo and probably either drunk or trying to sell me something, but waiving a knife out of the window was not the best way to get me to pull over.

Anyway, I decided not to stop for a while after that just in case and zipped through village after village. In one of the towns that I passed through I saw a huge billboard with a picture of Kylie on it. As I rode passed I raised both my hands up and shouted

“Kylie!” and blew her a kiss. The truck driver coming the other way obviously saw this and honked his bloody loud air horn twice. Then, as I looked up he waived his hands out the window in a very funny breast squeezing gesture. Made me laugh and brightened up my day.

So, at this point it was time to fill up with petrol again. As the bike has been struggling with altitude I decided to take my mates advice and fill up with better petrol. I passed the garages I’d not heard of and finally stopped at a Shell garage. I looked over at my options; the petrol labelled ‘Super-Plus’ had a weird picture of a huge, bald man wearing a brown leotard with a wooden pole across his back, sitting on the pole was a pair of luscious ladies in bikinis. I’m not sure I understand the innuendo but that was definitely the fuel for me. I filled her up and departed. I only went up to about 3,000 feet today but the bike showed no signs whatsoever of any altitude sickness. Thanks Tim!

I crossed from Slovakia and into Hungary and immediately felt the need to eat, perhaps there is something in the name. I stopped at the first place I came across, parked the bike and made my way to the door. As I opened the door the noise stopped and everyone turned and stared. It’s always good to have a witty line ready for moments such as this but my head was all but empty. The first thing that came to me was a line from a film.

“Say! Any of you guys know how to Madison?” As you can probably imagine, it wasn’t the ice breaker I was after, instead everyone went back to their discussions and I took a seat. I looked for Hungarian Goulash, being that I was in Hungary, but it was an eggs and bacon kind of joint. I ended up with a chicken kebab and a salad. 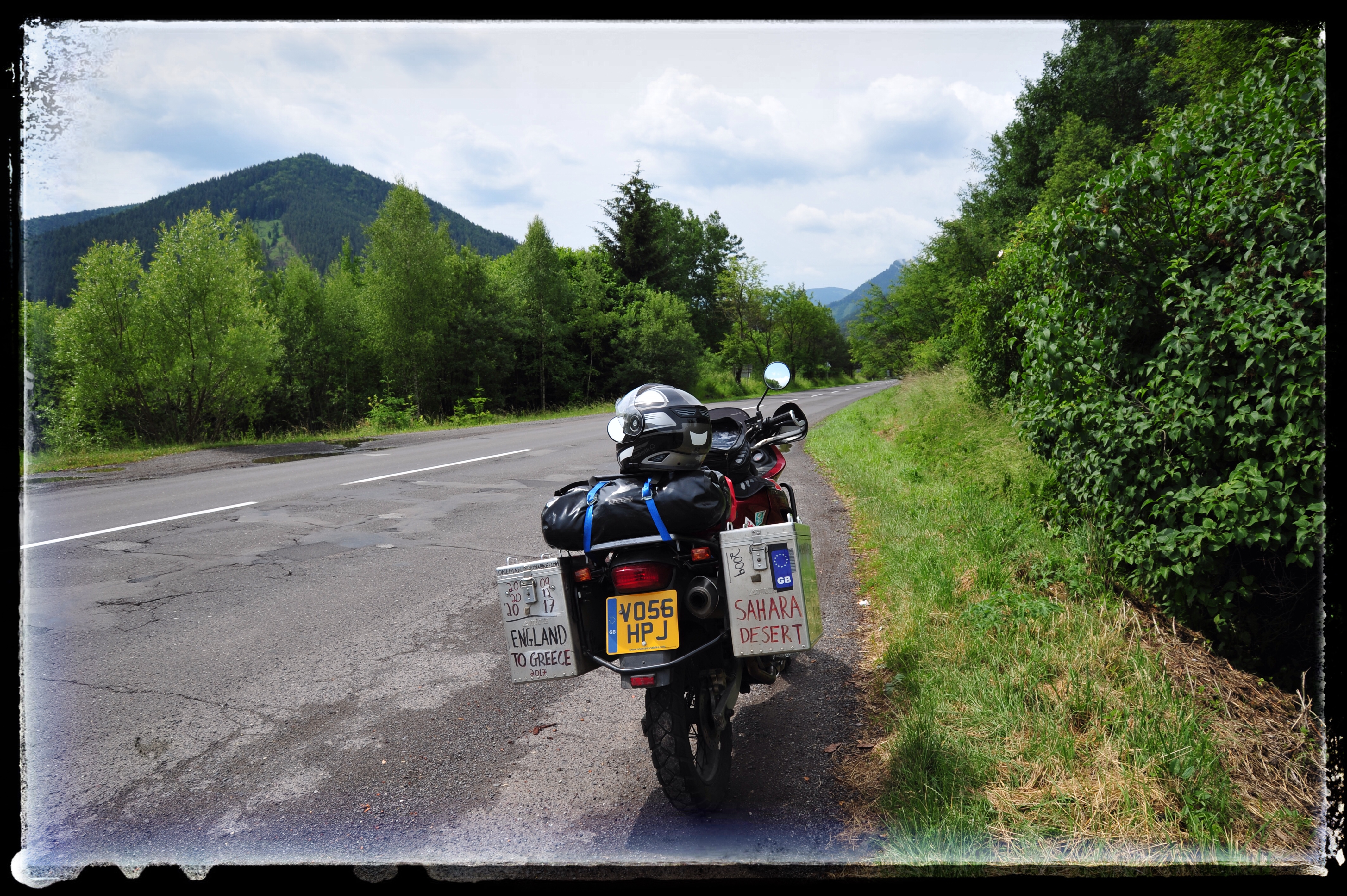 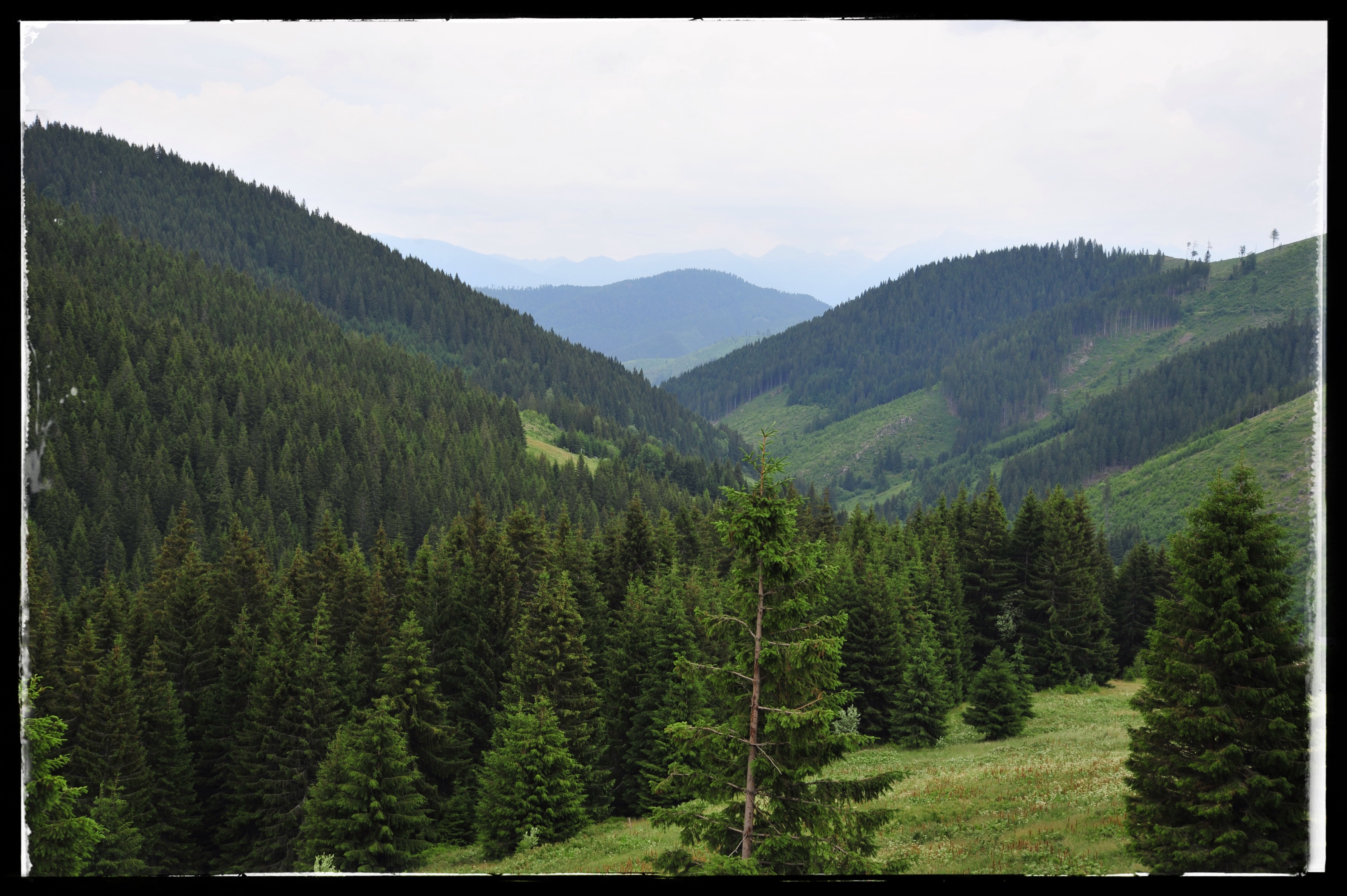 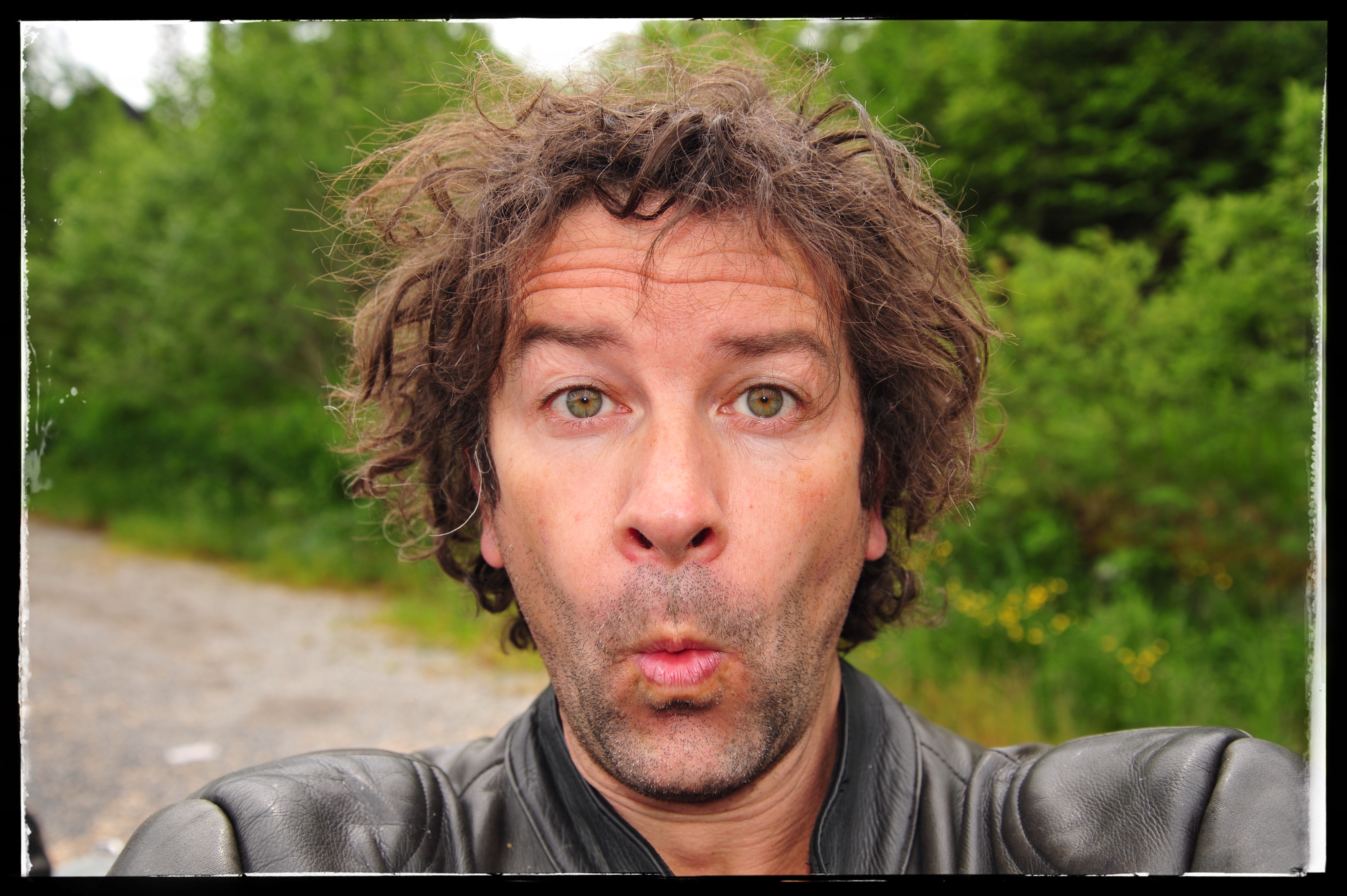 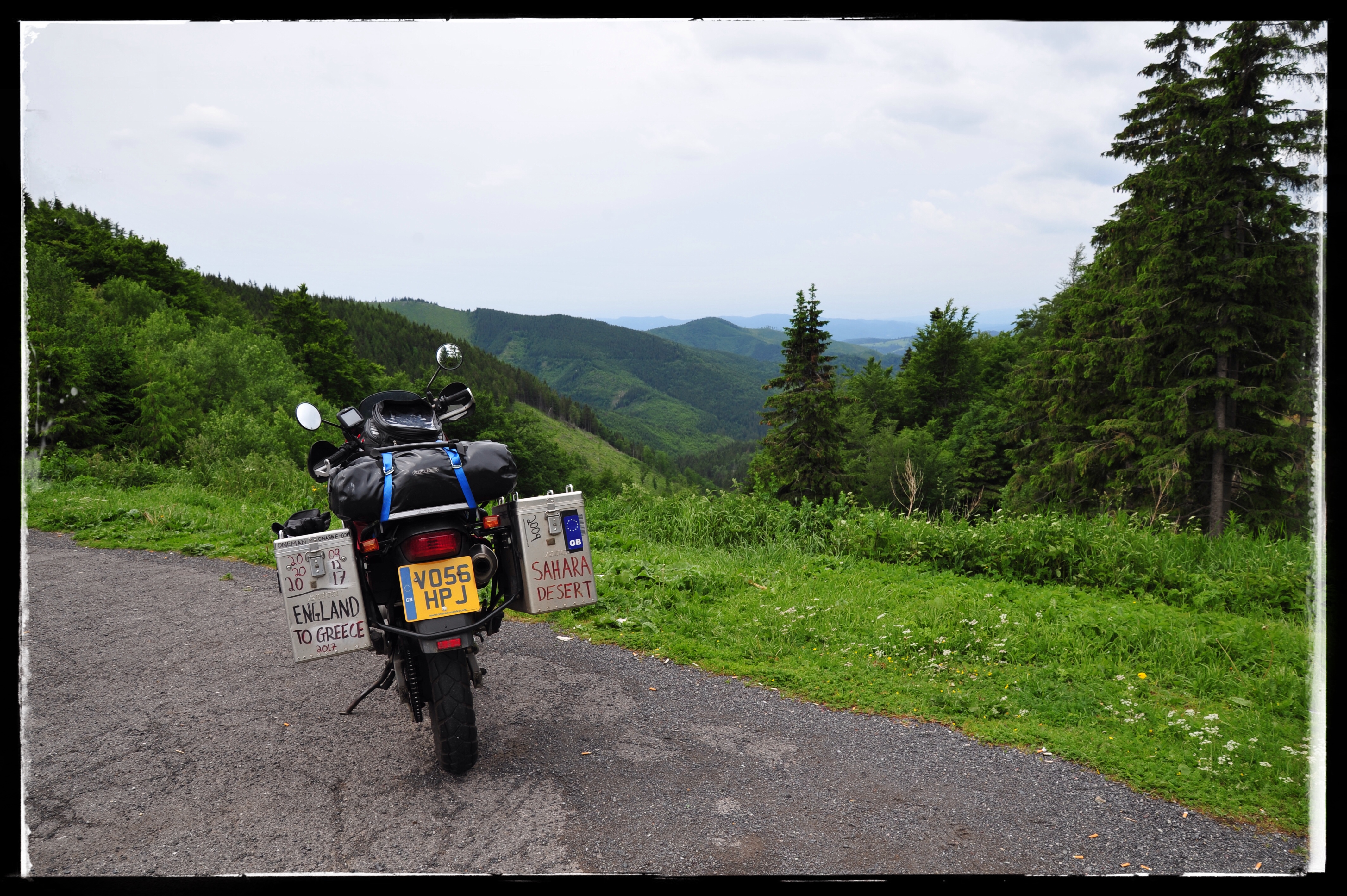 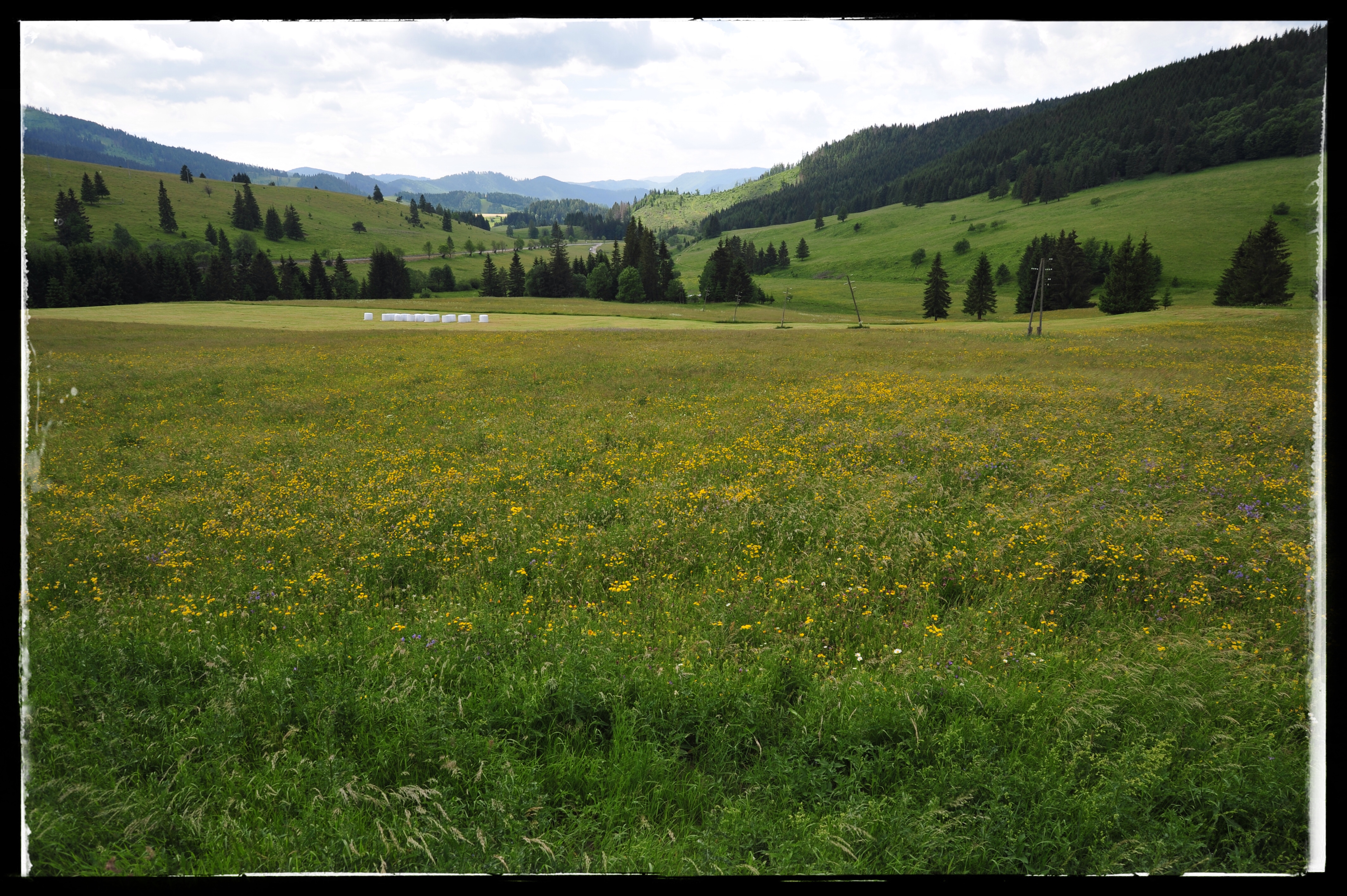 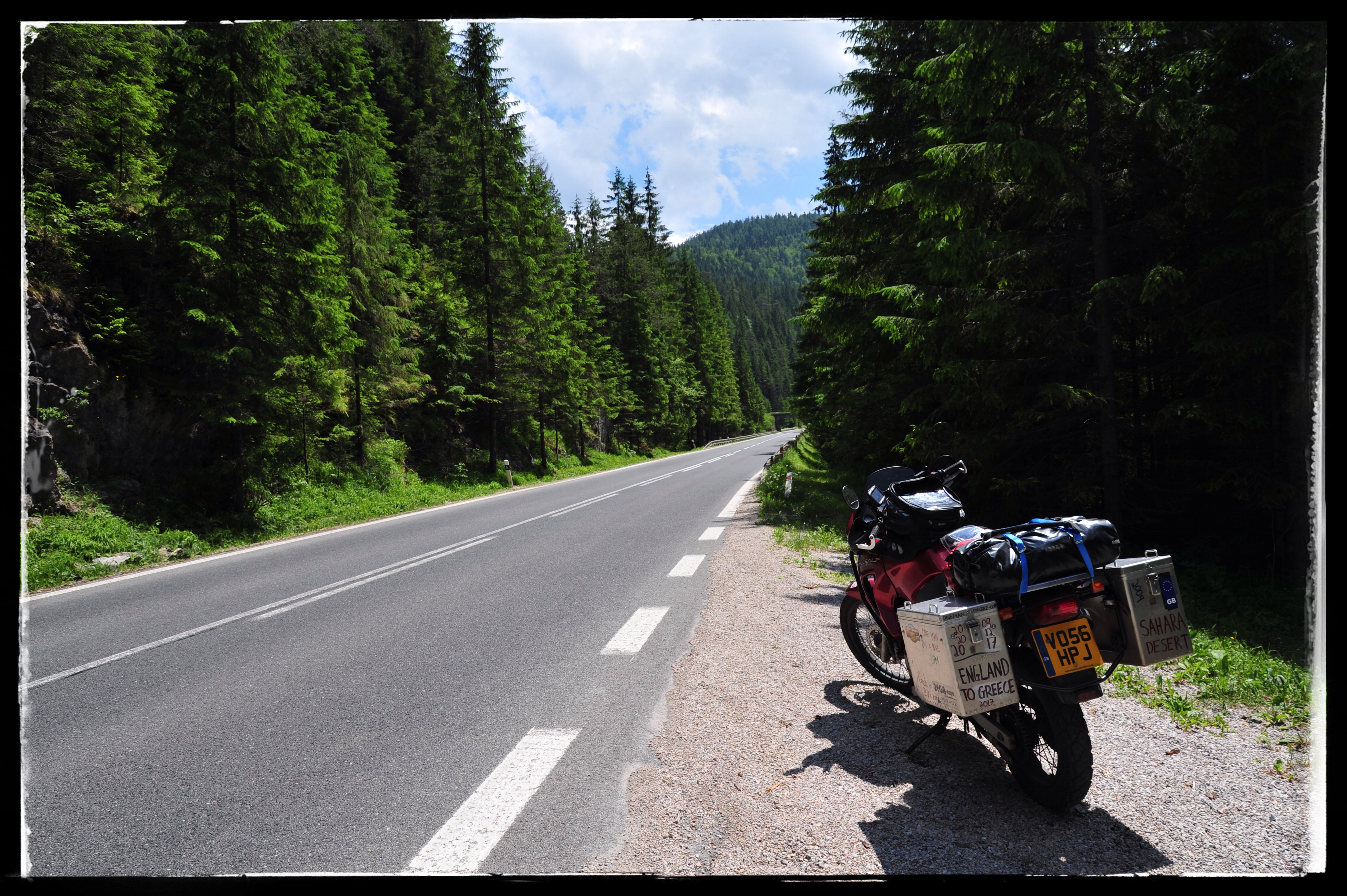 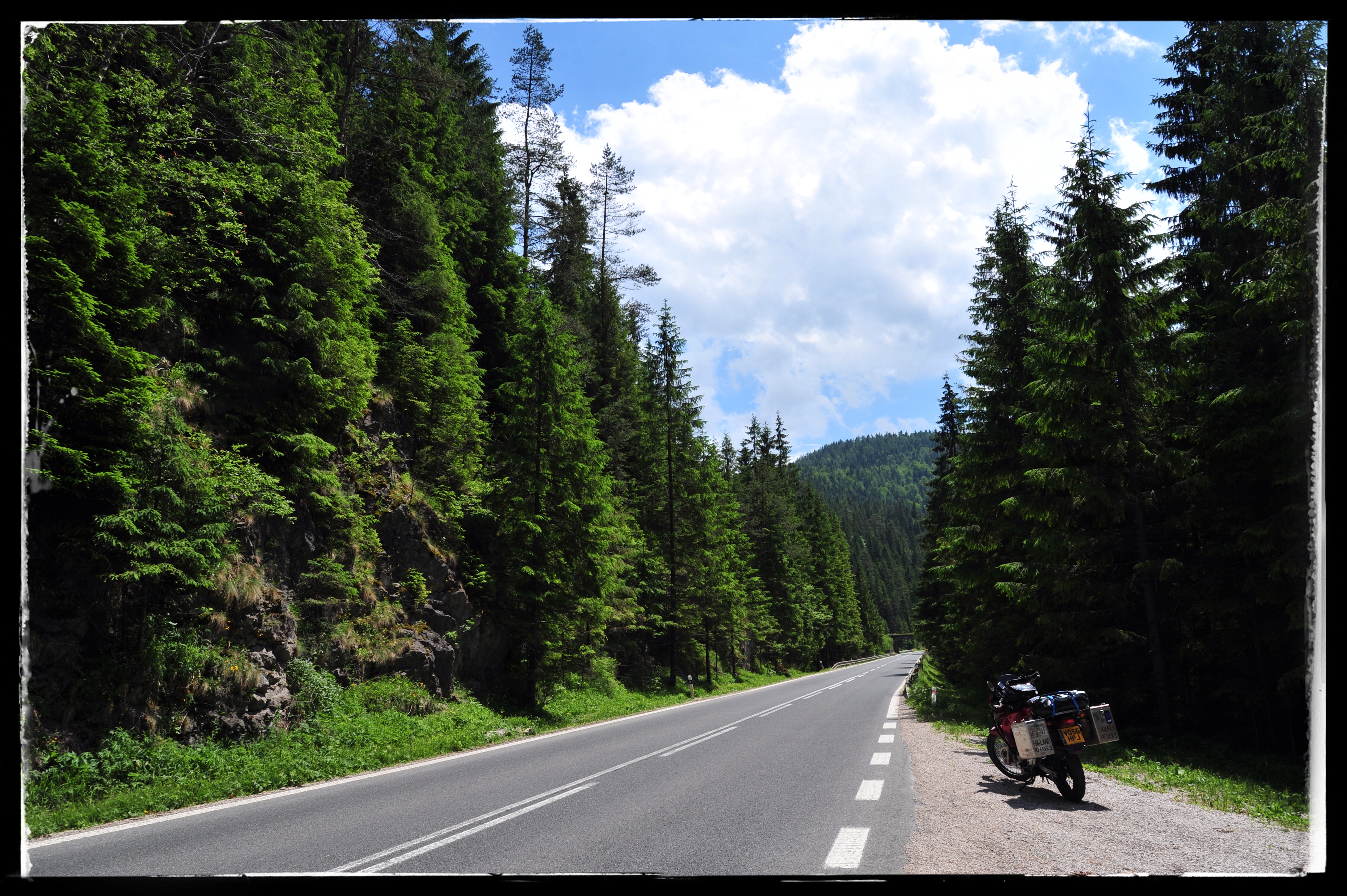 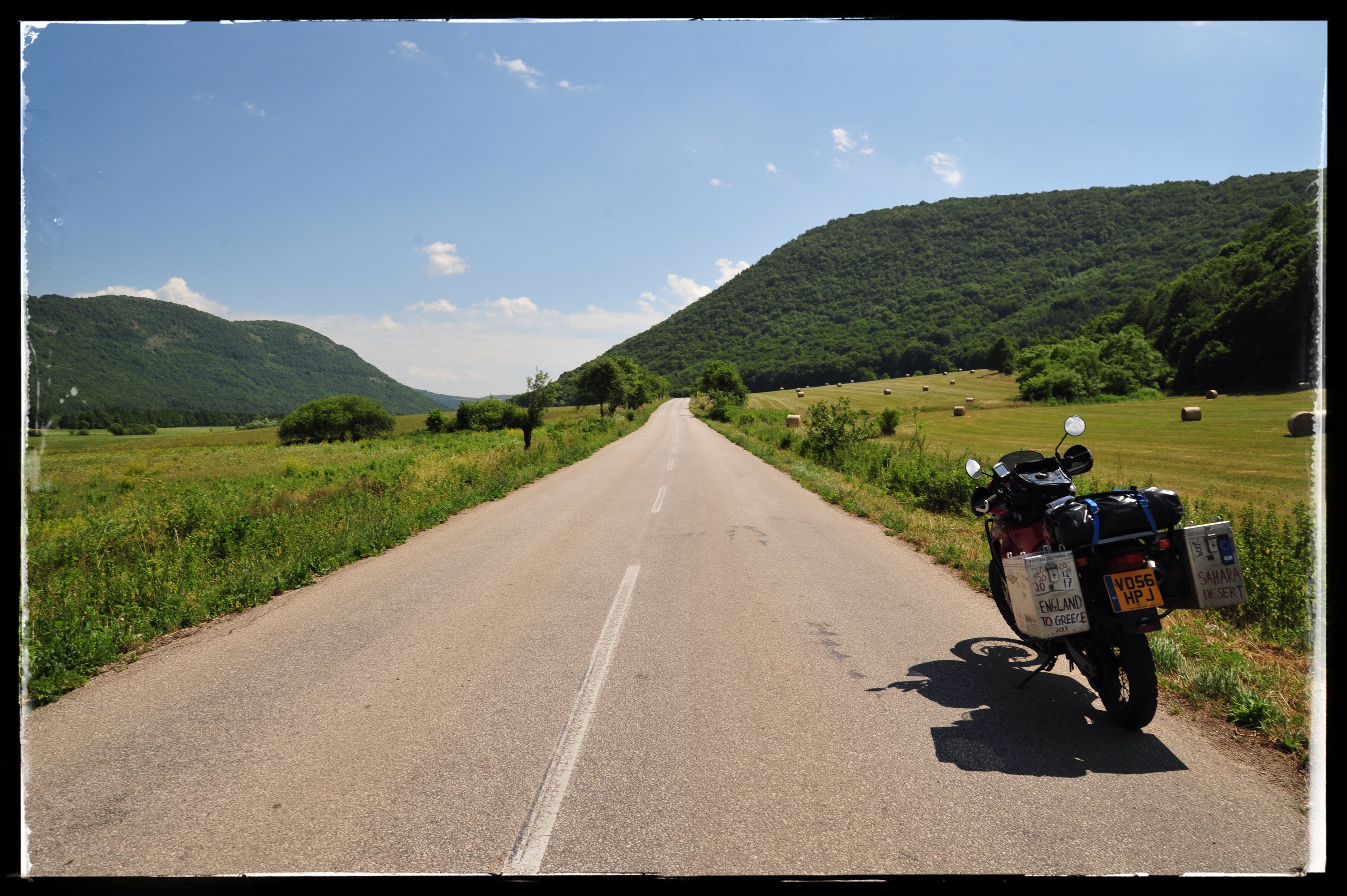 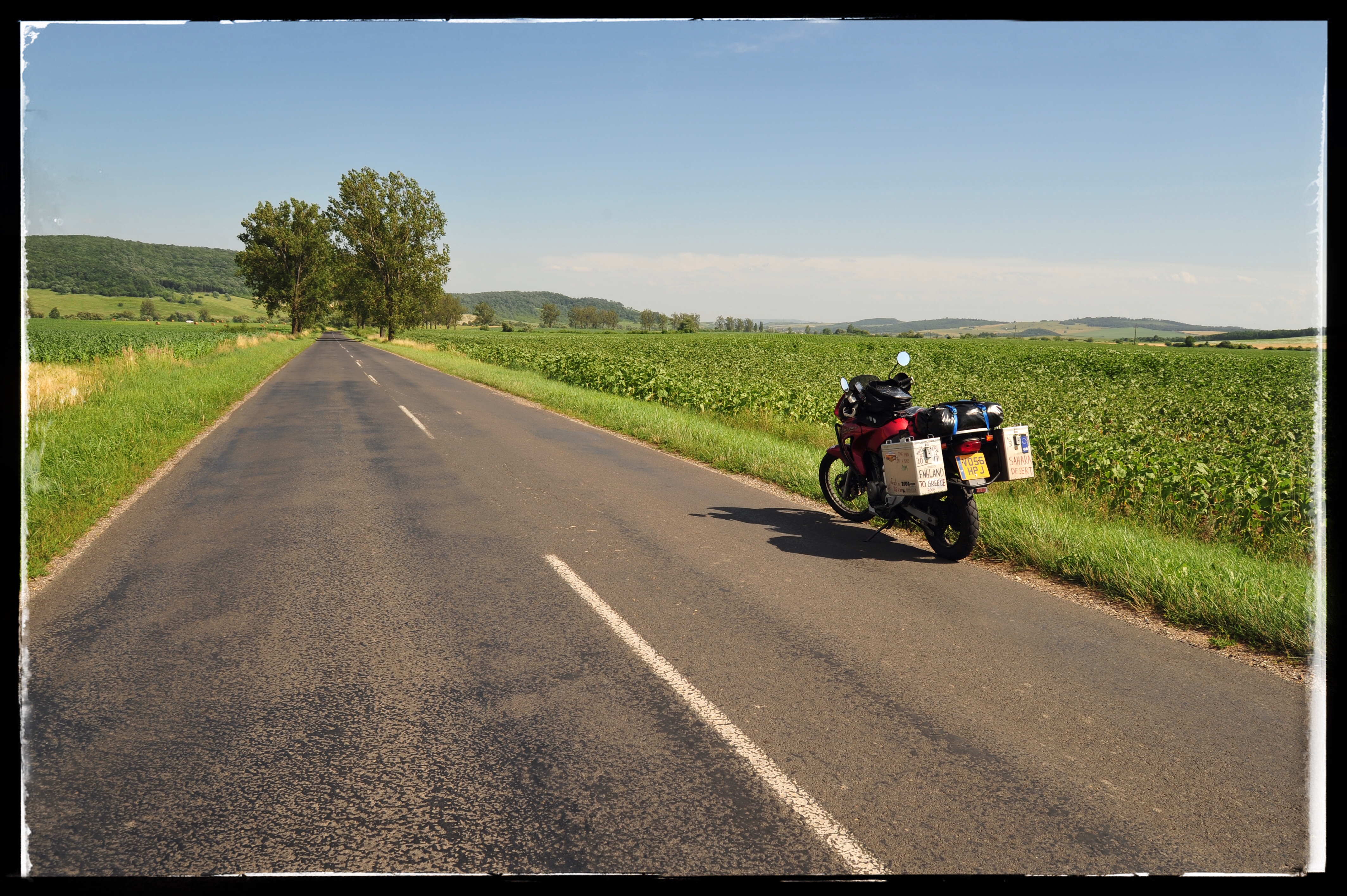 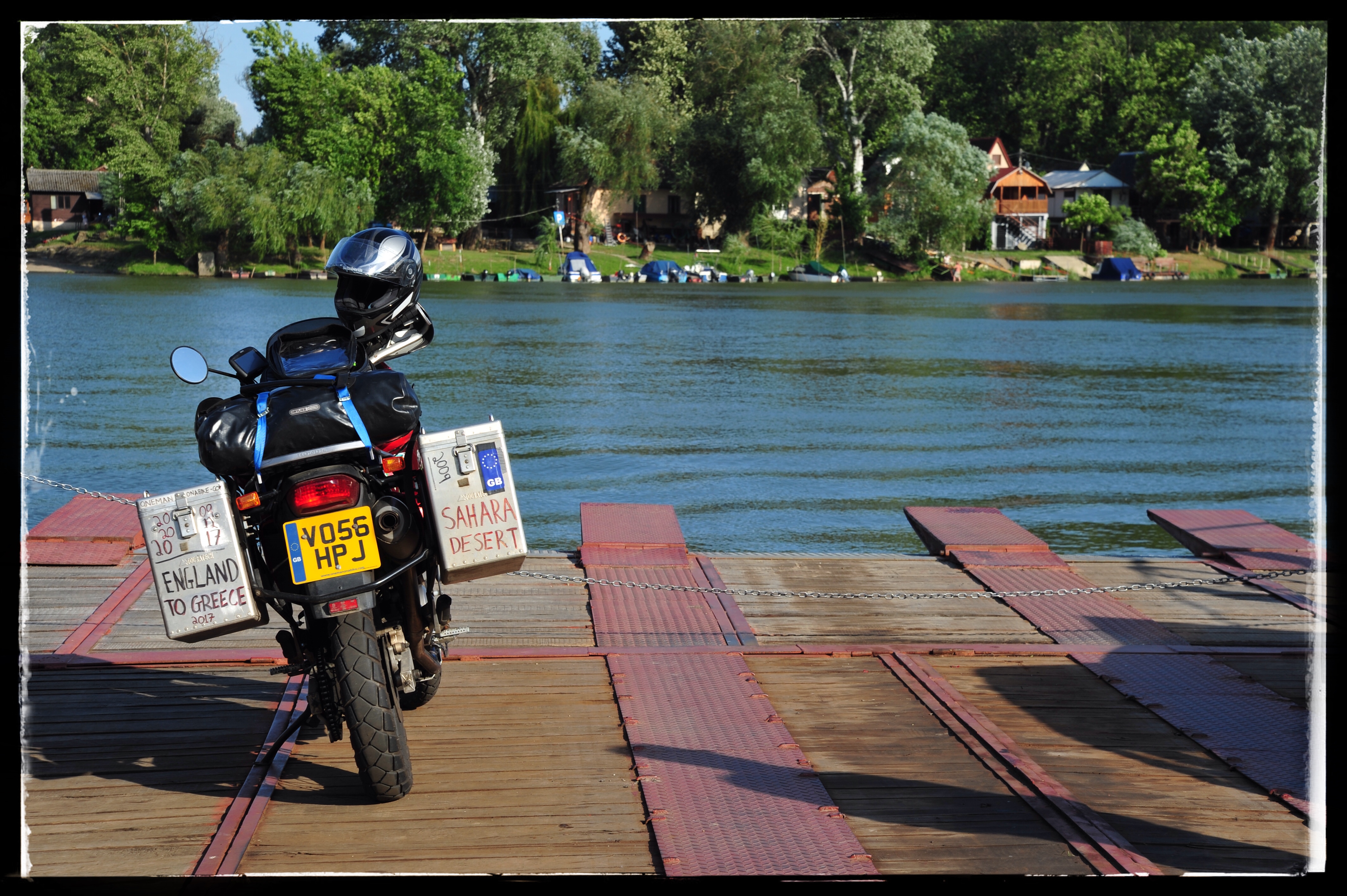