24th June 2017
Before I went to sleep last night I sat outside with one of my special fizzy coffees and watched the may bug slaughter. It wasn’t difficult for the agile bats as the may bugs aren’t the most elegant of fliers. One bounced off my head as I watched and another dive bombed straight into my coffee. I have no idea what may bugs are made of but they make fizzy coffee froth up like you wouldn’t believe, especially when entered at speed.

I packed up and buggered off at 8:40 this morning with the thought of Romania on my mind. To be honest I had no idea what to expect and was happy to just get there and make my mind up with no pre conceived ideas. First, though, I had the get through the rest of Hungary. I thought I was only about twenty km’s from Romania but it turned out to be over 150 km’s away. Bigger than I thought. When I did finally reach Romania I was happy to see an actual real life border with guards, buildings and even some signage. Oh, and queues. Like a good boy I queued up with all the cars but inside of about ten seconds I was approached by a friendly Romanian who told me that I should just zoom to the front. Being English, I have a very poor view of queue jumping but I was in someone else’s country and it would be rude not to comply with a locals request. I zoomed the the front expecting the people I over took to get the right arse on about it but they actually waived at me and smiled. Obviously one sandwich short of a picnic. I was immediately approached by a guard who said something in Romanian, then paused and said

“Passport.” I showed him my passport and was then waived through. I stopped a few miles up the road and looked at the map, a destination was chosen and then entered into the GPS. When I started following the route it became apparent that the GPS was trying to take me a very weird route. It wanted to take me back into Hungary, then into Ukraine, then along and passed my destination and back into Romania. I fiddled with the settings for a while but the bloody thing just didn’t want to play ball. I eventually got it working somehow and set off into Romania. The roads were full of holes and bodges upon on their bodges, many of the buildings were in a similar state of disrepair and the people seemed to look at me with distrust. As is often the case in a newly visited country, I felt uneasy at first.

Rather frustratingly, after riding around for approximately half an hour I found myself back at the border. The GPS was determined to take me through Ukraine even if it was completely out of my way. The destination I had set was only about forty kilometres away how the crow flies but the route the GPS had chosen was over three hundred kilometres! The map I had was of such a stupidly small scale that the whole of Romania was about the size of a beer mat so was completely useless. So without the GPS or a decent map I just headed northeast which was the rough direction I wanted to head in. This worked reasonably well; however, when I stopped for fuel I bought a nice, laminated, super lovely scale map of Romania.

With the help of my map I headed for the mountains, along the way I rode through lots of tiny villages. Each house had a bench outside where the occupants would sit and watch everything go by. For about fifty kilometres pretty much every house had its occupants sitting outside on a colourful, rug draped bench. The children would, more often than not, wave at me and grin excitedly when I waived back, but the adults just stared, with the odd one just allowing themselves a slight nod. It was strange how the occupants of each house would remain separate from those of their neighbours.

I made my way up into the Carpathian Mountains and just when I thought the roads couldn’t get any worse they promptly got worse. And that’s when the road works started. I used the bike magic as best I could to get to the front but sometimes there just wasn’t the space. The surface on these sections was sand and gravel but only a few inches deep so was okay to ride through, though when it got deeper the heavy bike became a bit of a handful. As I made my way higher the traffic disappeared as did the traffic lights, the roads had been dug up but it was just left up to me to work it out which I was fine with.

My normal method of finding a camp site is to wait until about 5:30 then to look out for signs for a camp site. This had not failed me yet but by seven o’clock I’d still not found one. I sheepishly asked the GPS for a camp site and it responded with one sixty kilometres away called Dimelza. I checked the route just in case but it was fine, just stay on the same road for sixty kilometres and then Bob’s your Uncle! I turned up just before eight and set up my tent.

When I turned up i unpacked everything, set up my tent and made my way to the cafe to write my blog. After about twenty minutes a Romanian lady came over and invited me to their evening celebrations.

“I’d be delighted, thank you.” I said. It turned out that one night each year they dress up in traditional Romanian dress and basically get pissed. What luck! The moment I joined them I was given a plastic cup full of vodka. I was told it was ‘vodka flavoured mineral water’ by one of the chaps but I can tell you it was seriously strong stuff. And whenever the cup got low it was topped up again. Then they got the BBQ going and cooked lumps of beautiful meat. If I could have designed an evening that would have been it, obviously with the addition of my lovely wife. 😉 Anyway, once sufficiently fed and watered I returned to my tent, on the way I did a tiny bit of stumbling and found I’d lost a flip-flop (glass slipper). So, I apologise for not writing my blog yesterday but I was enjoying myself and getting drunk. 😉

I’ve not kept up to date on the placed I’ve ridden through but here’s the list I’ve got so far. Carnac, Budesti, Sarbi, Valeni, Barsana, Sieu.

25th June 2017
Needless to say I slept soundly but woke with quite a head. After drinking pretty much a full two litre bottle of fizzy water and eating two paracetamol, two ibuprofen and a wonderful breakfast of egg, sliced meat, cheese and tomato I started to feel better. I paid up, packed up and departed.

After literally just two minutes on the road I rode past an old chap on a pushbike who was staring at me with a worrying expression and and open mouth, as I approached he did the ‘Mary mother of God’ cross thing with his hand. He looked terrified. The first time this happened I found it weird. Within the next ten miles it had happened at least five more time and I was beginning to get a bit freaked by it. One elderly lady actually got off her bike, leant it up against a post then crossed me with the look of complete horror. I have no idea why this keeps on happening but I have to admit to not liking it all that much. It eased off later in the day but must have happened well over fifty time throughout my ride.

Direction wise I was doing incredibly well following my posh new map, then I decided to take the scenic route and follow one of the white toads. The first thing that happened was the surface disappeared, then it started climbing, then it really started climbing. At this point it was so incredibly steep and narrow that stopping was not an option, if I stopped there was absolutely no way to get the bike going again so I continued. Then it got even steeper still and the ruts just carved deep slots in the mud. The only tracks I could see were tank like caterpilla tracks from, I guess, logging vehicles. Up and up I went with the bike’s back wheel struggling to grip but somehow continuing faultlessly. I was terrified but couldn’t stop, if I had dropped the bike at this point it wouldn’t have stopped until it had bounced it’s way to the bottom. My mind raced with thoughts of breaking the bike or myself but all the time I continued climbing.

All of a sudden it levelled off and I felt elated, not to mention incredibly manly! Then, shock horror, I spotted a family having a picnic sitting next to their steed, a bloody Fiat Uno! My manly prowess was immediately slashed from Rambo (First Blood) to My Little Pony (Pink and Fluffy edition). I rode over to them and got off the bike. I was actually shaking from both the exertion and fear when the lady said “wow, I thought that way was impassible”. I then spotted the other route up which was still quite bad but absolutely nothing compared to my route up. I could have beaten my chest there and then I was so chuffed. I told her that I rode up it purely by accident and that I didn’t suggest going down it in her Uno.

We chatted for a while and she told me that I had now entered into the area of Transylvania. I asked if I should be worried about being bitten by a blood lusting maiden but she told me that the real worry was the bears. She told me that they really do attack people and that I should be very careful. She then insisted on telling me told me about one of her friends who was attacked this time last year. It was very grim and equally as worrying. As I rode down the other side I found myself looking out for bears and starting to find them a bit of a worry.

I continued my journey to the beginning of the Transylvanian pass, or something like that, at a place called Carta. On the way I rode passed some kind of serious military installation with hundreds of huge and very impressive vehicles sitting outside. I think that was a place called Cincu. 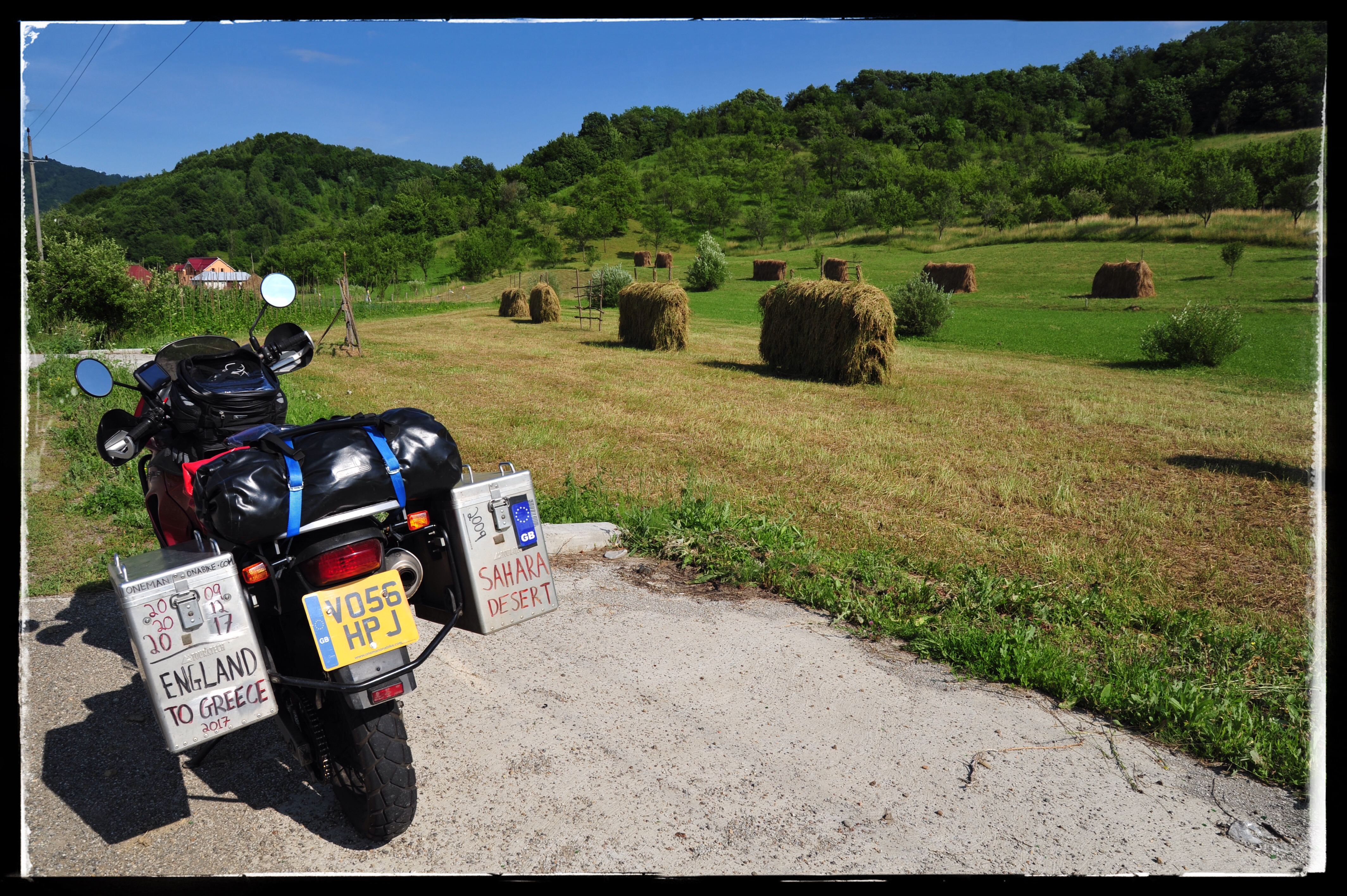 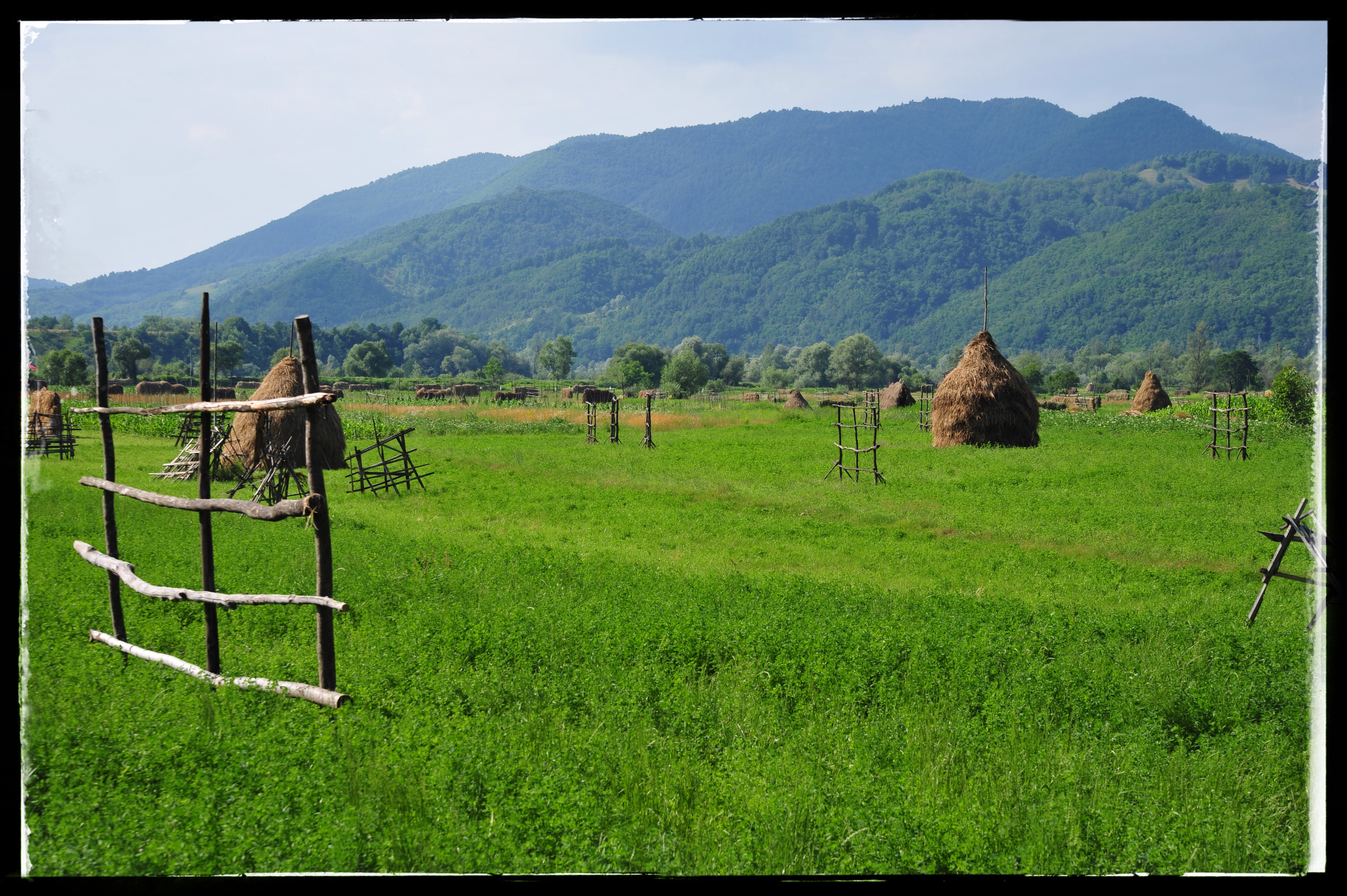 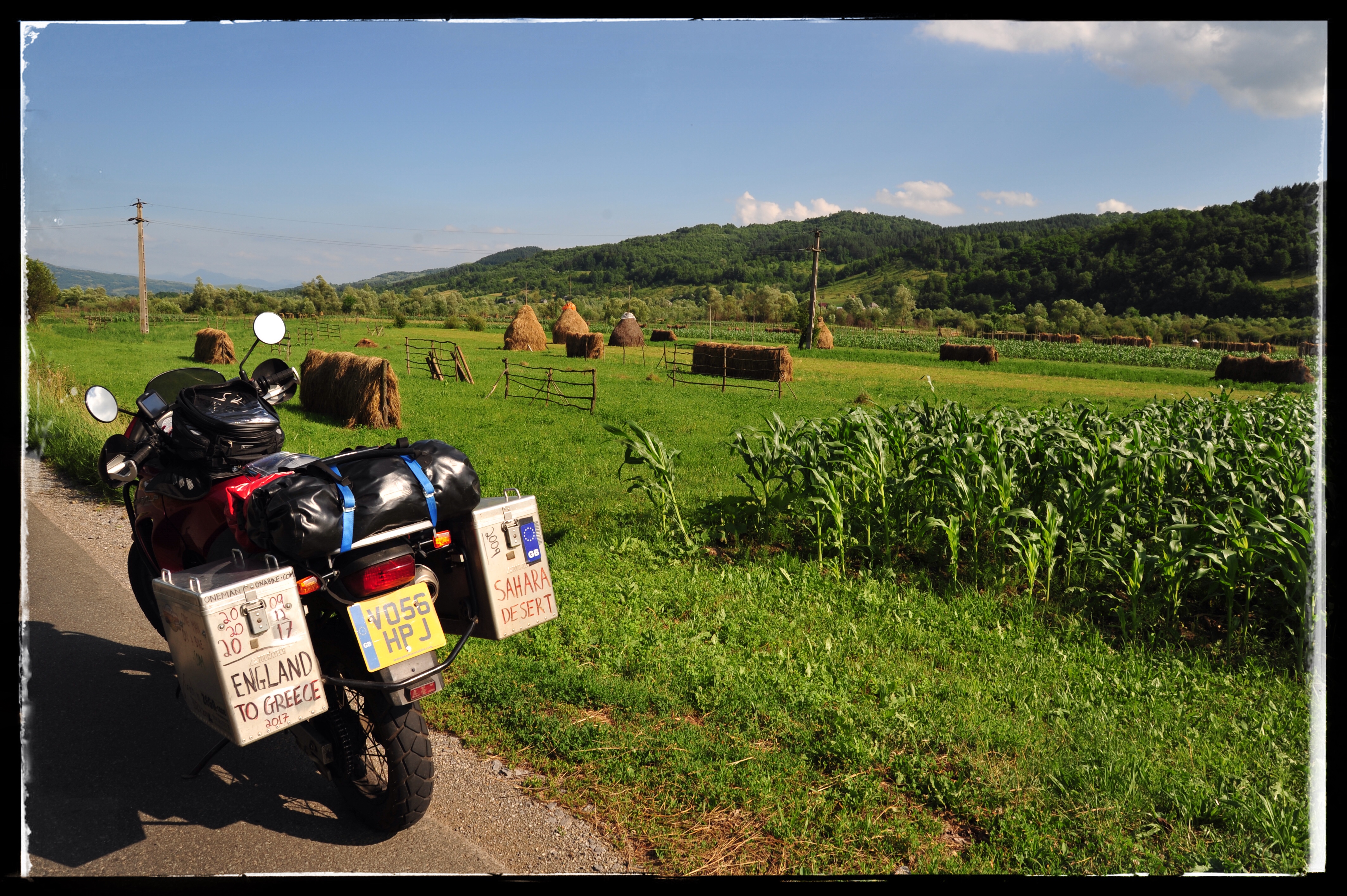 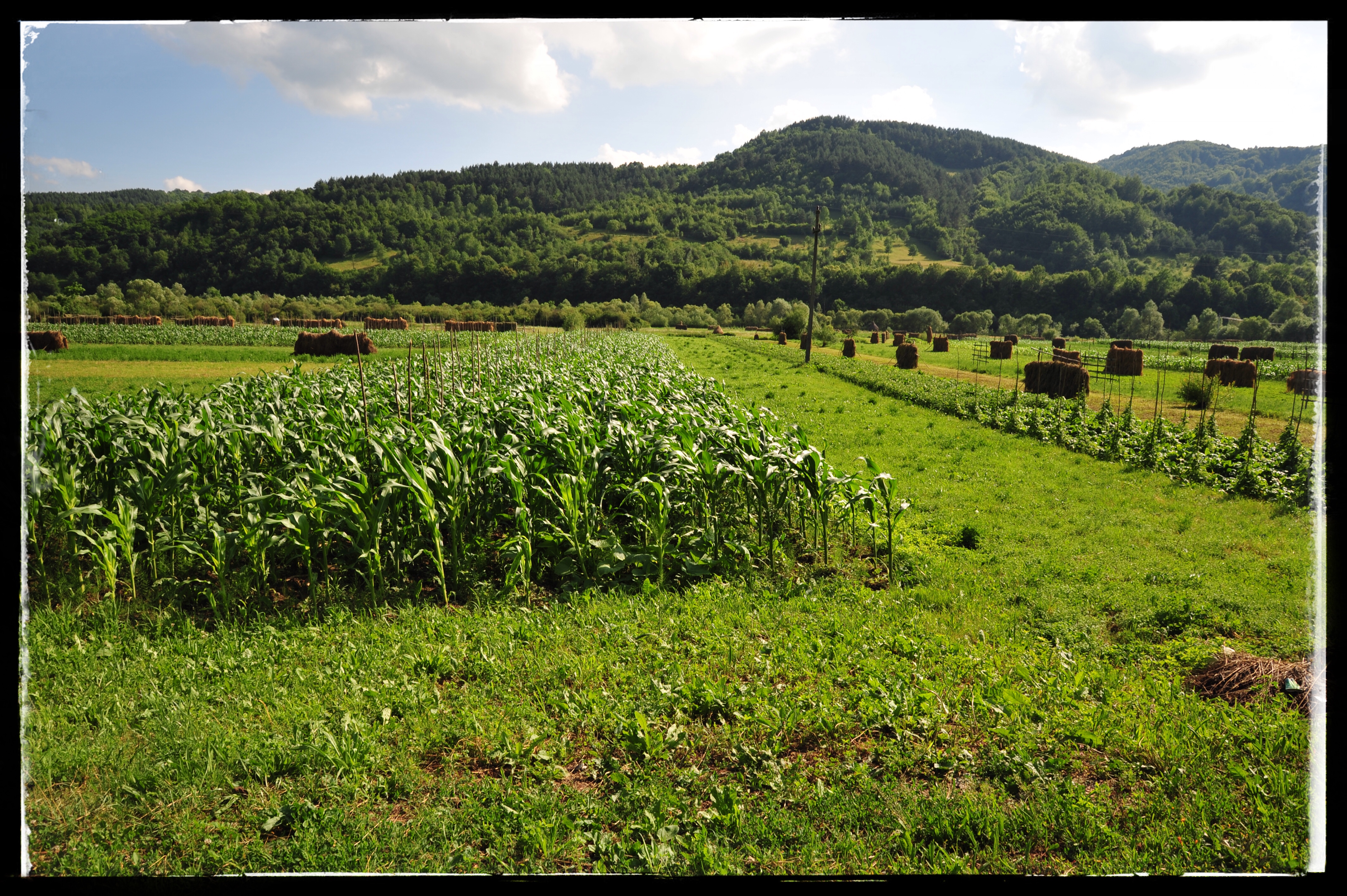 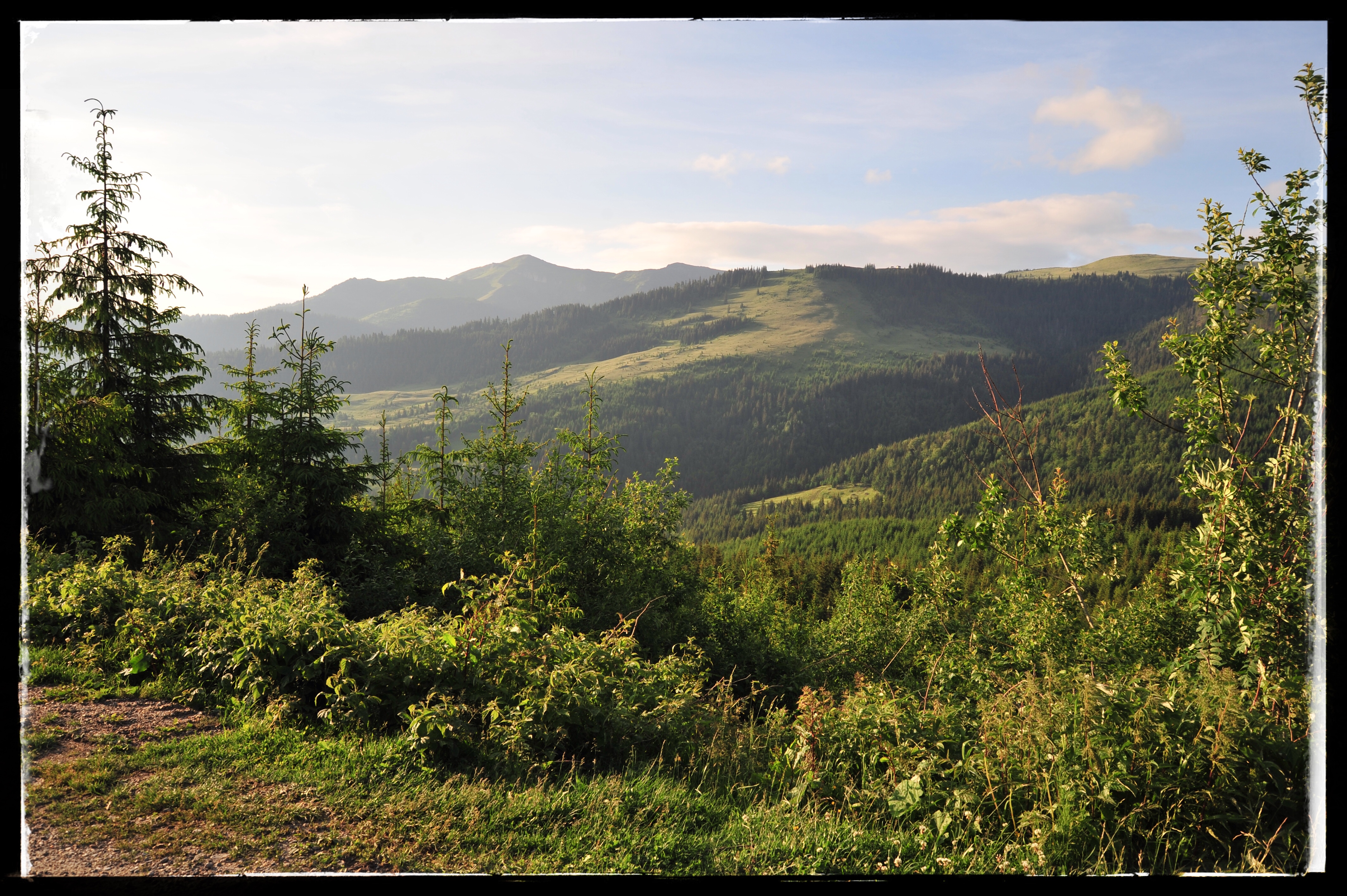 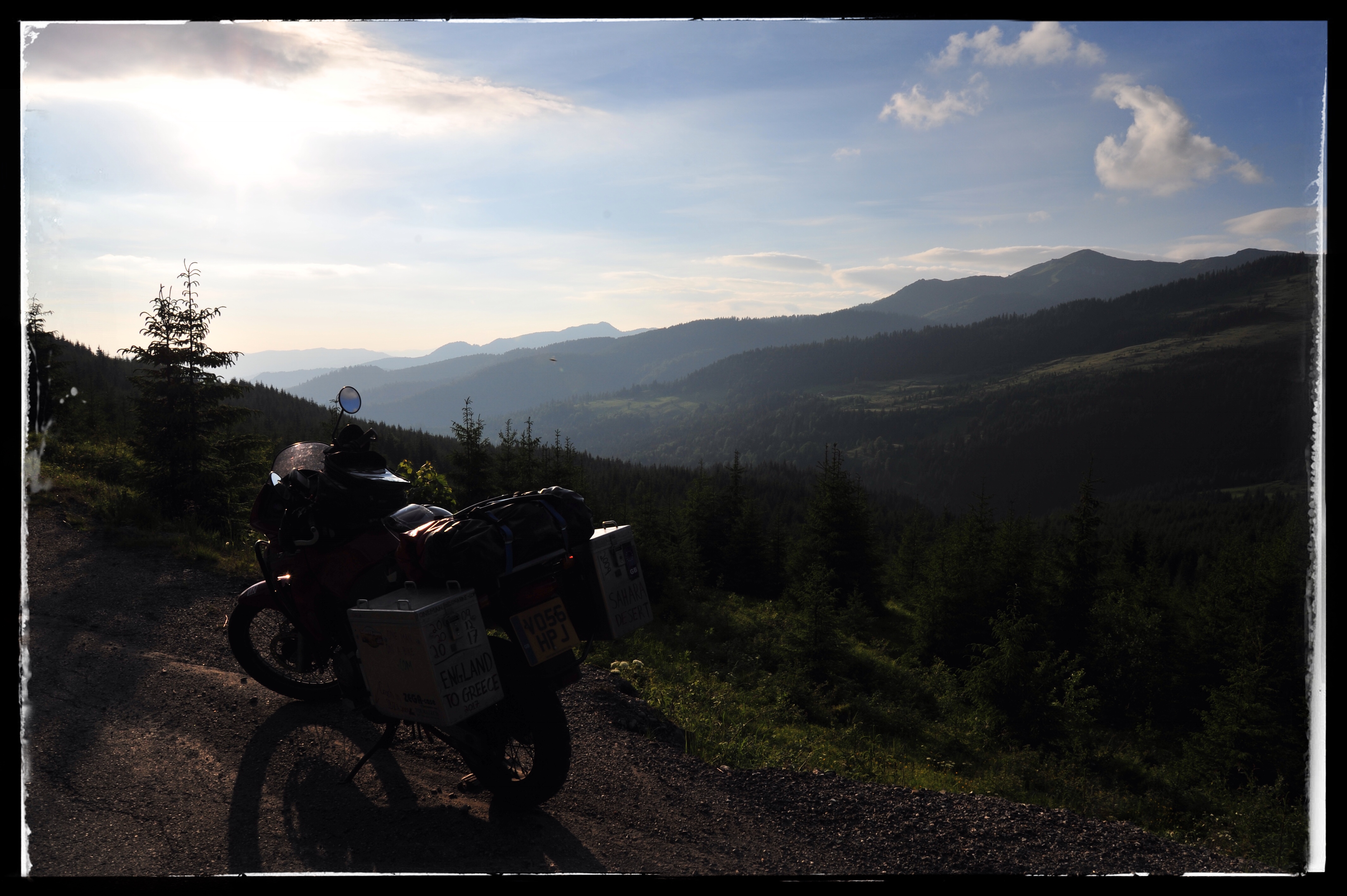 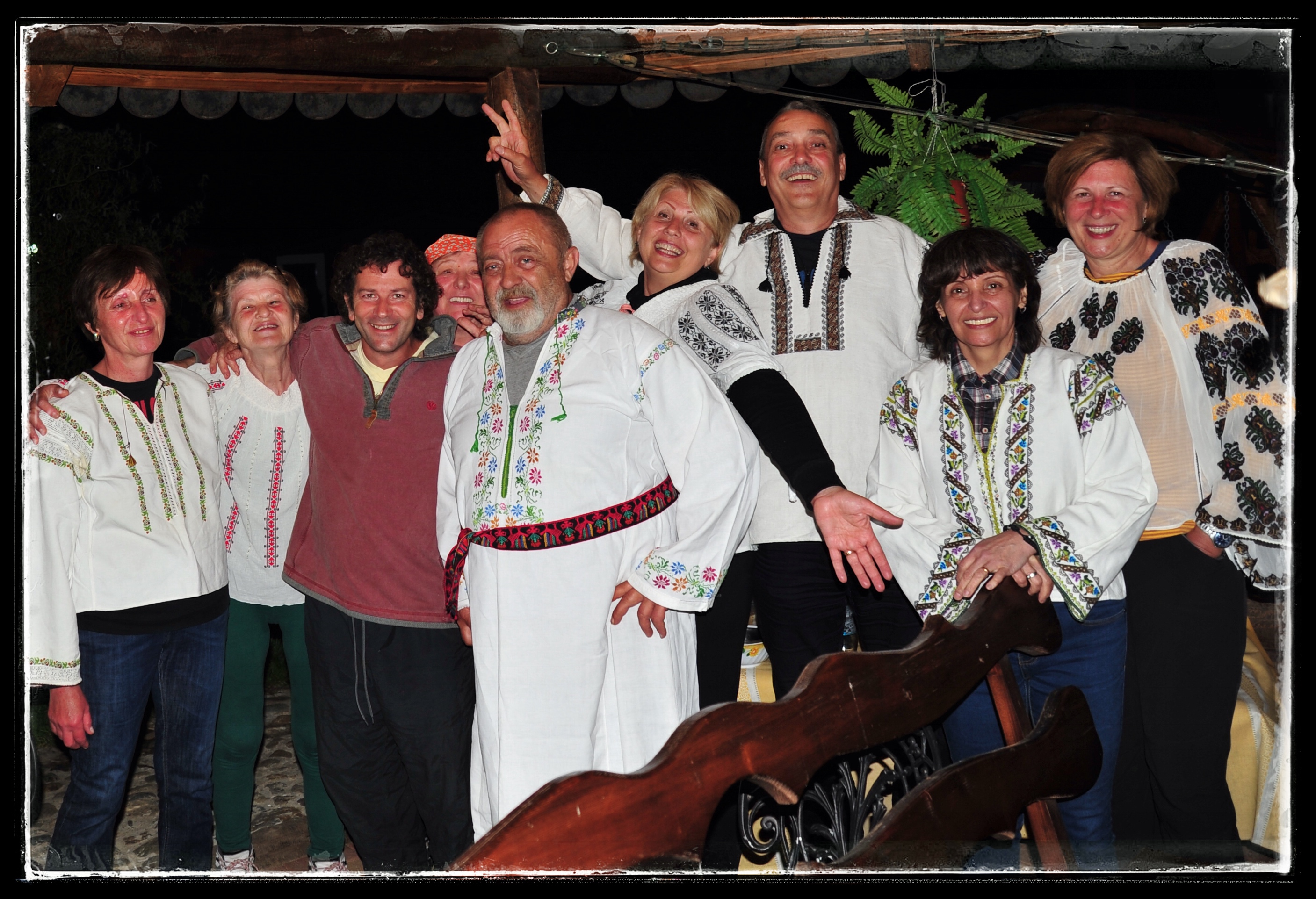 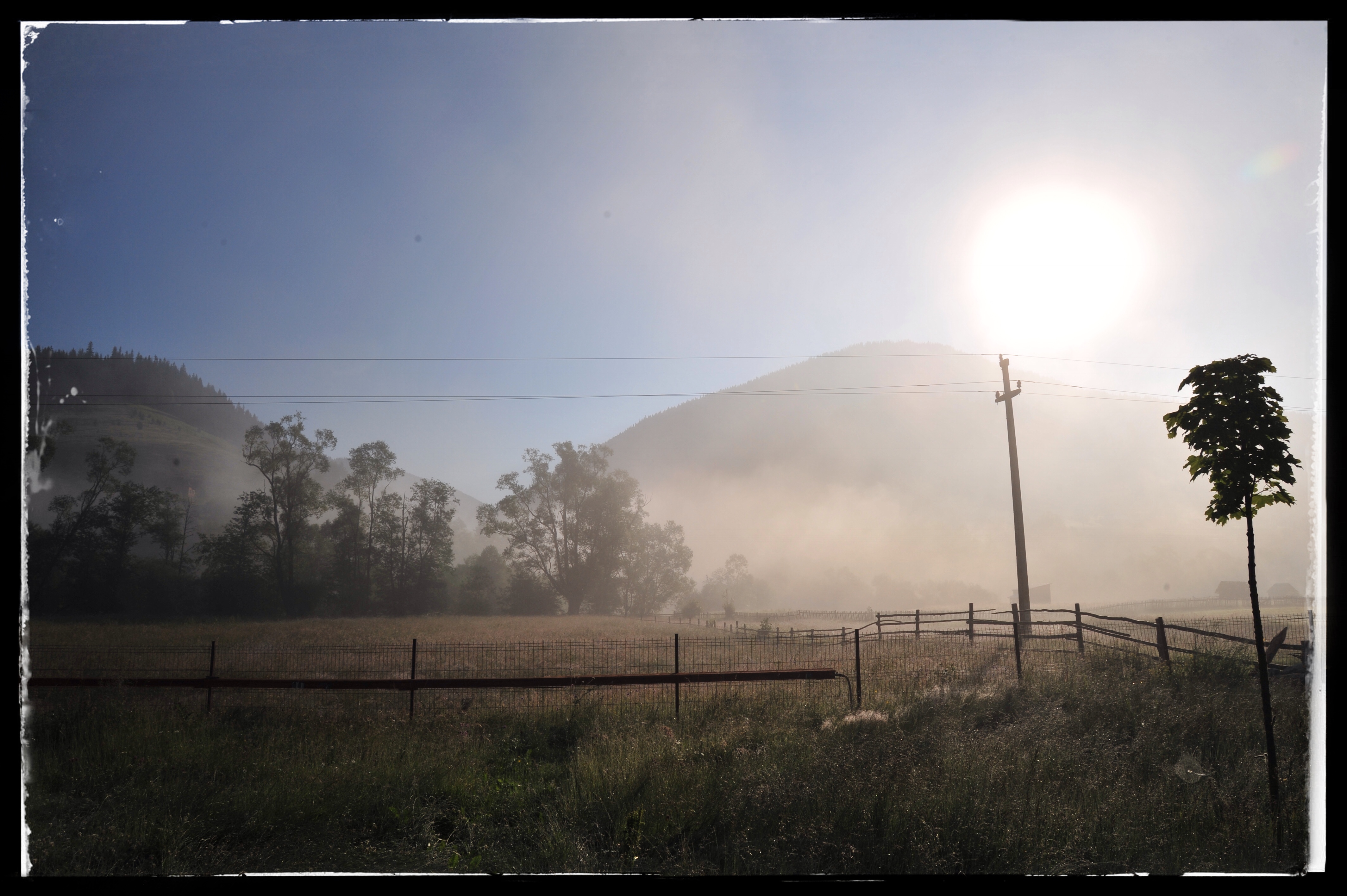 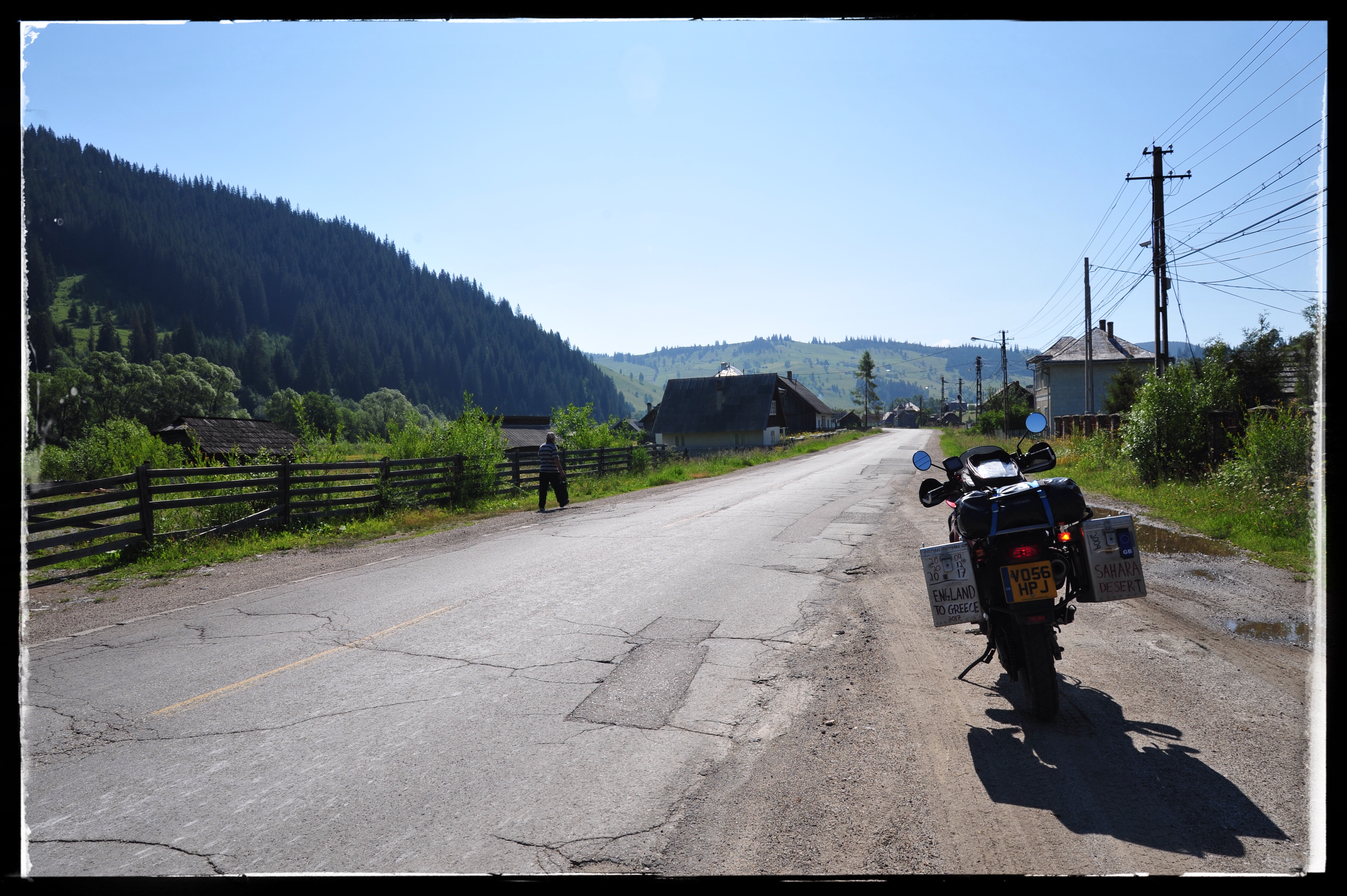 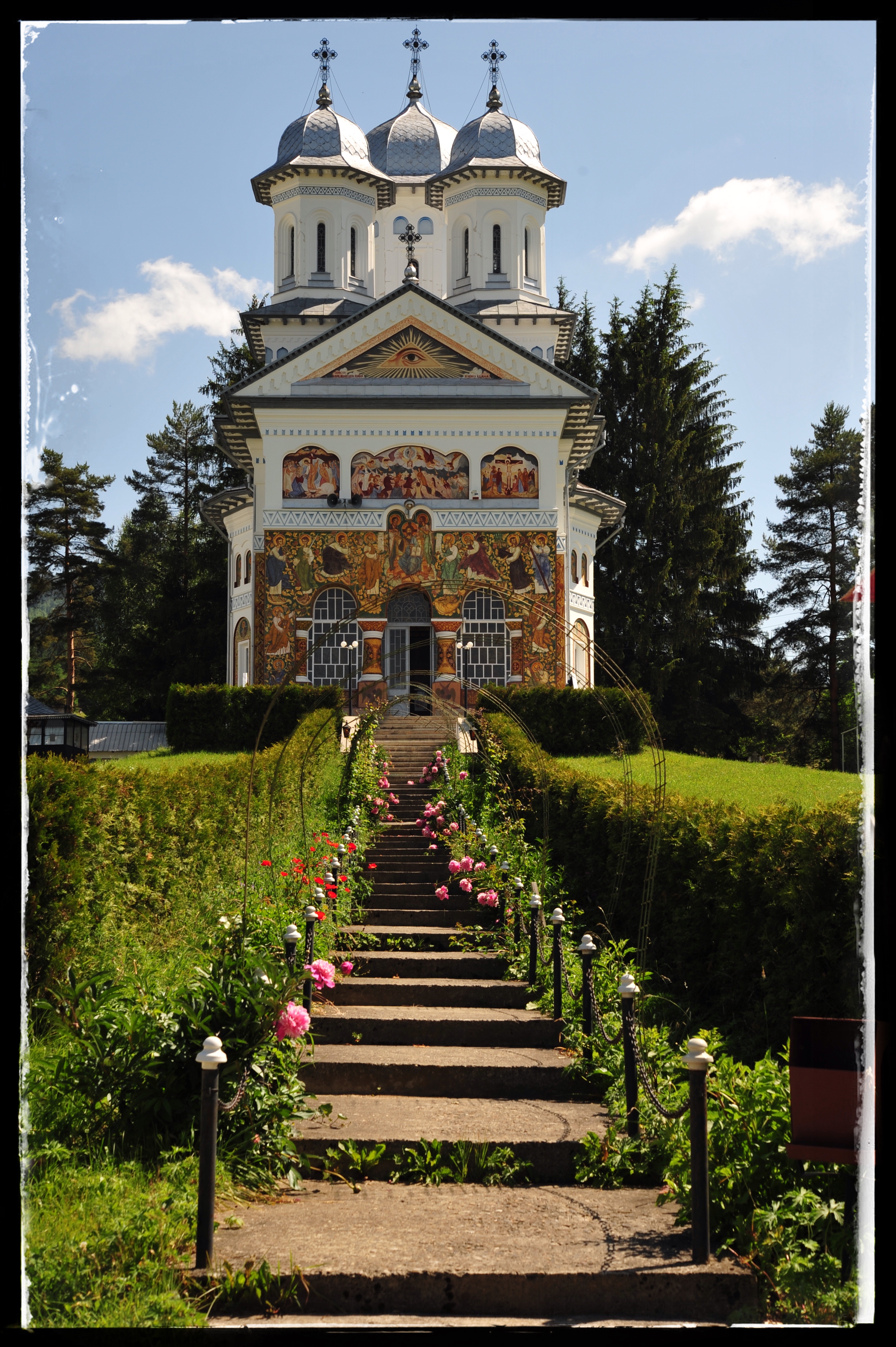 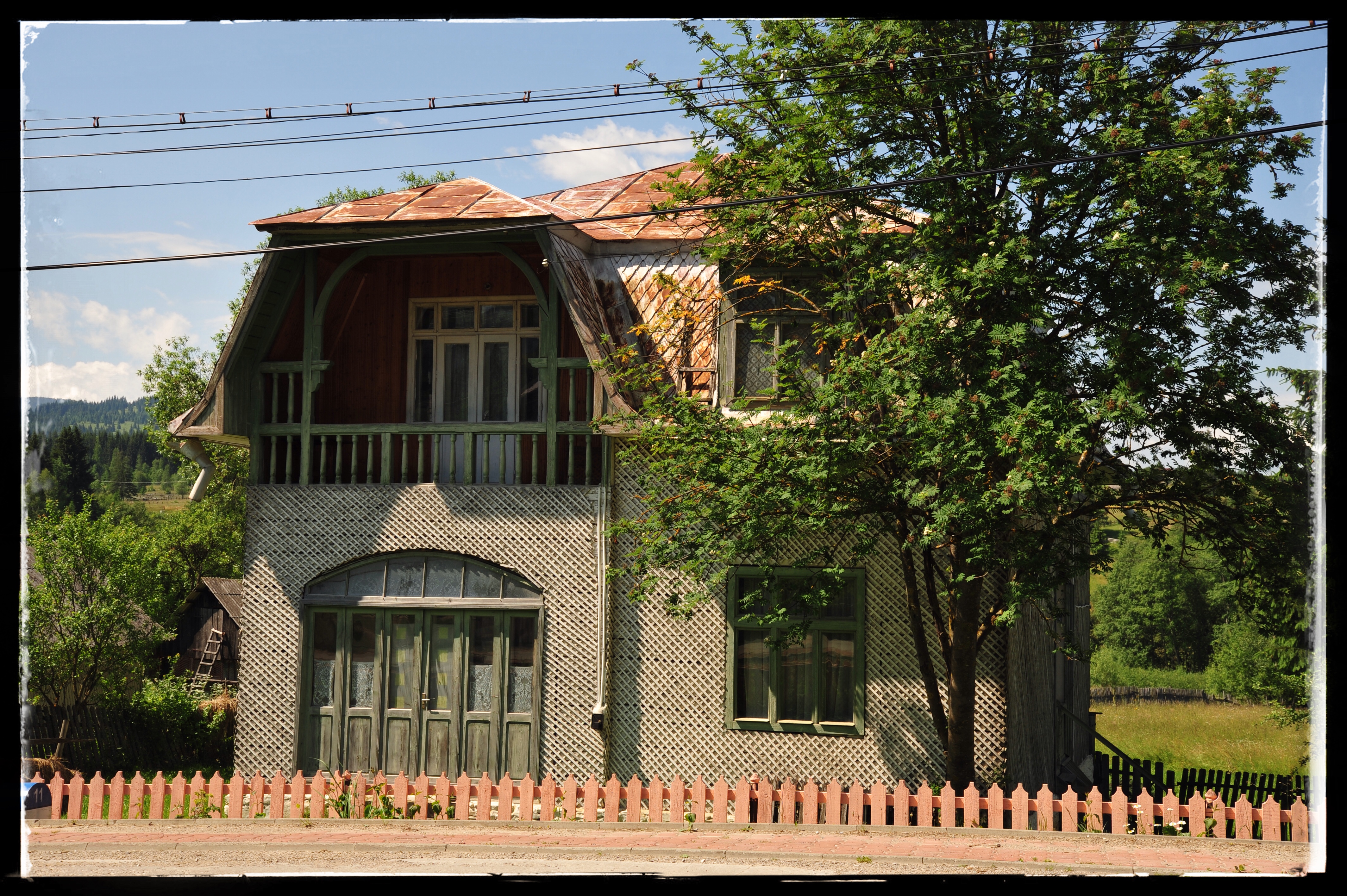 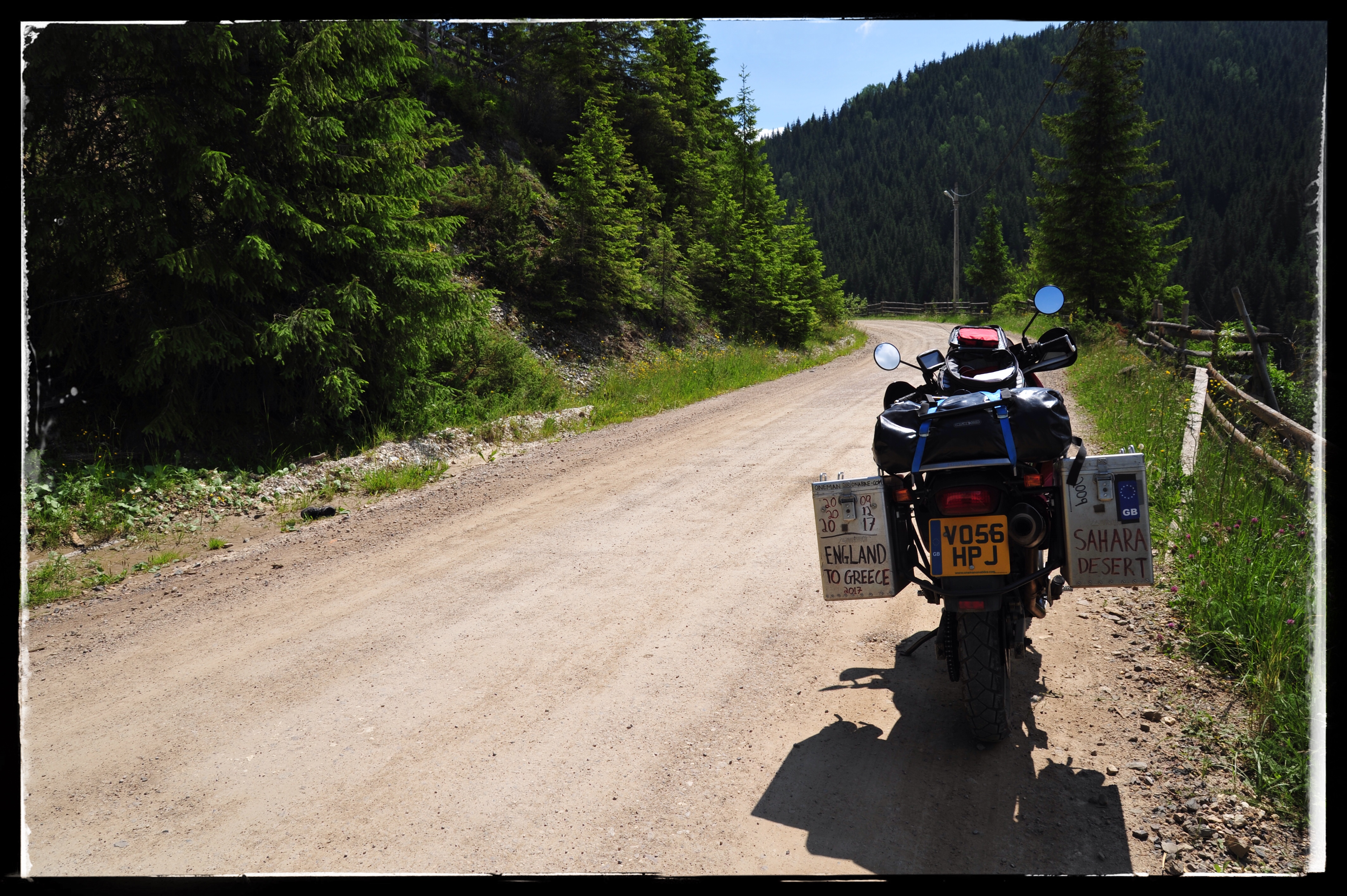 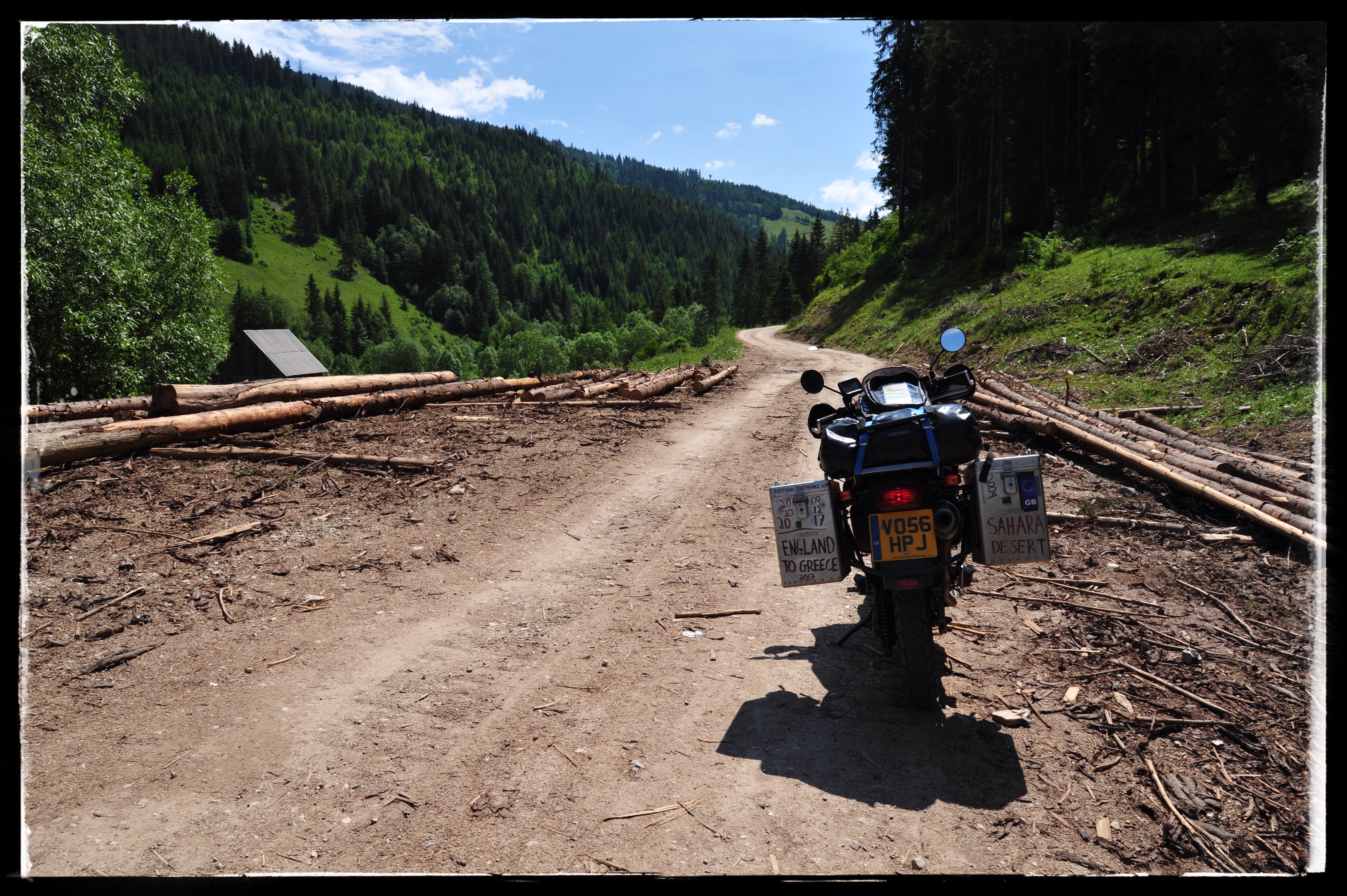 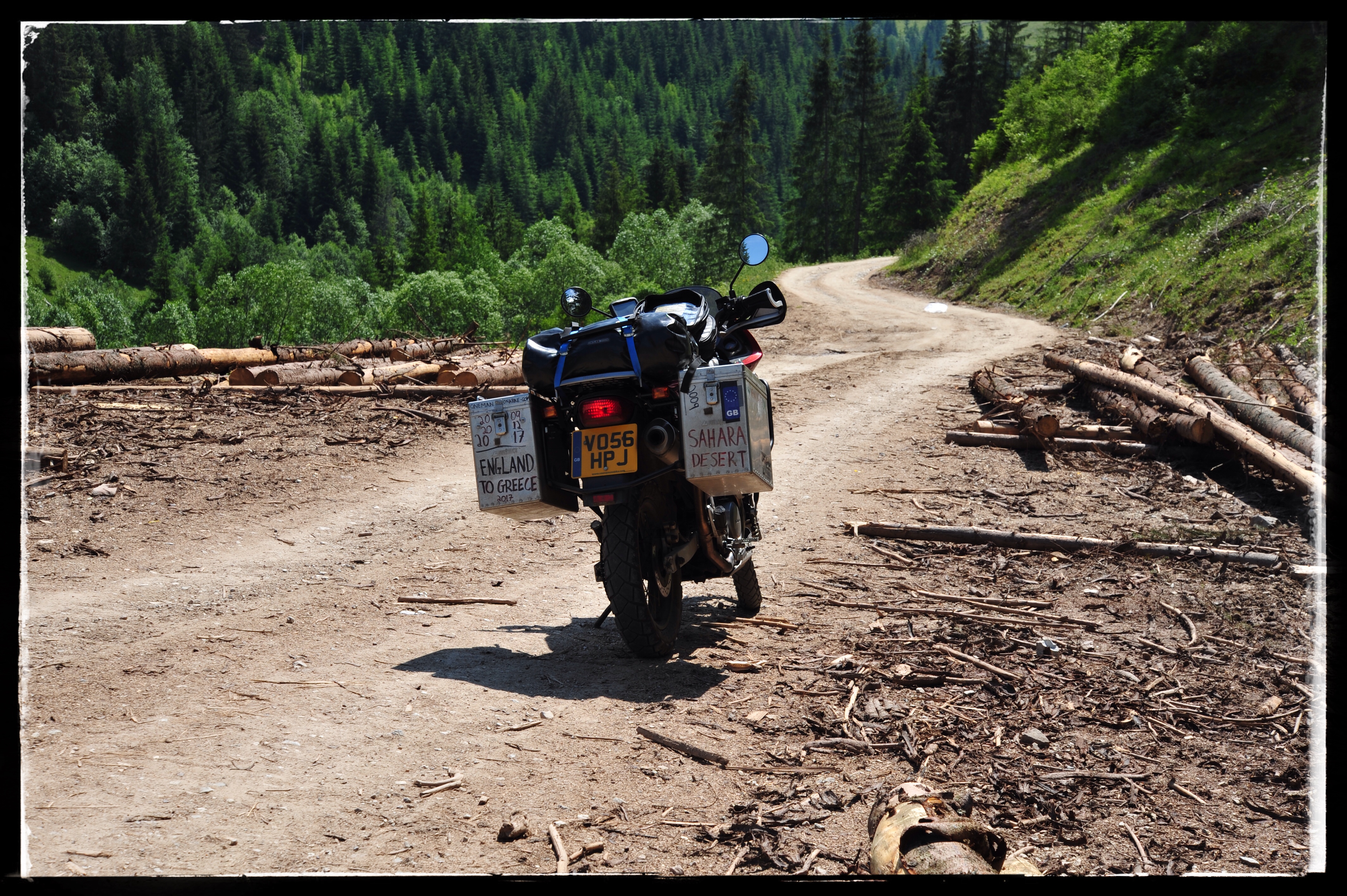 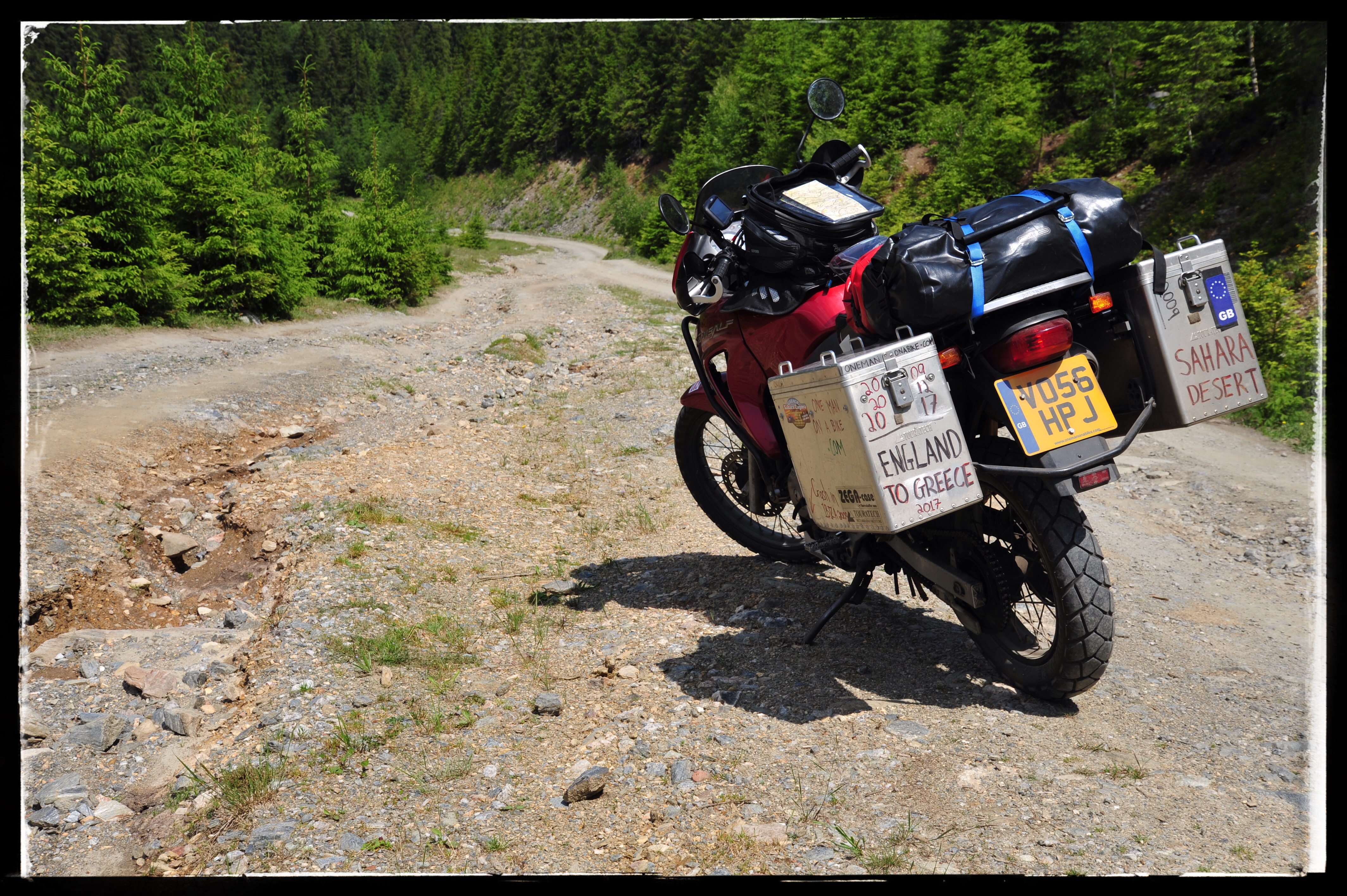 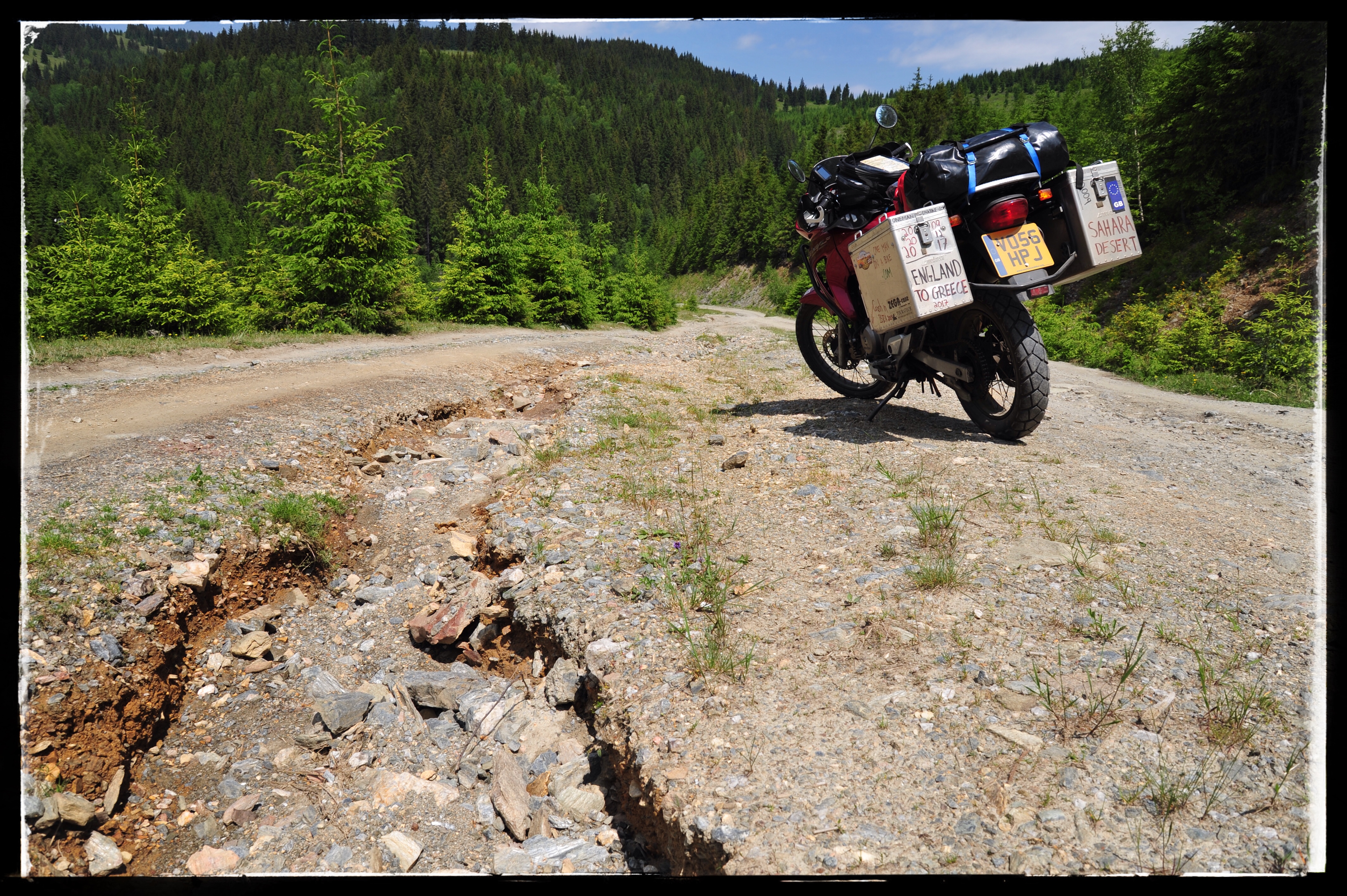 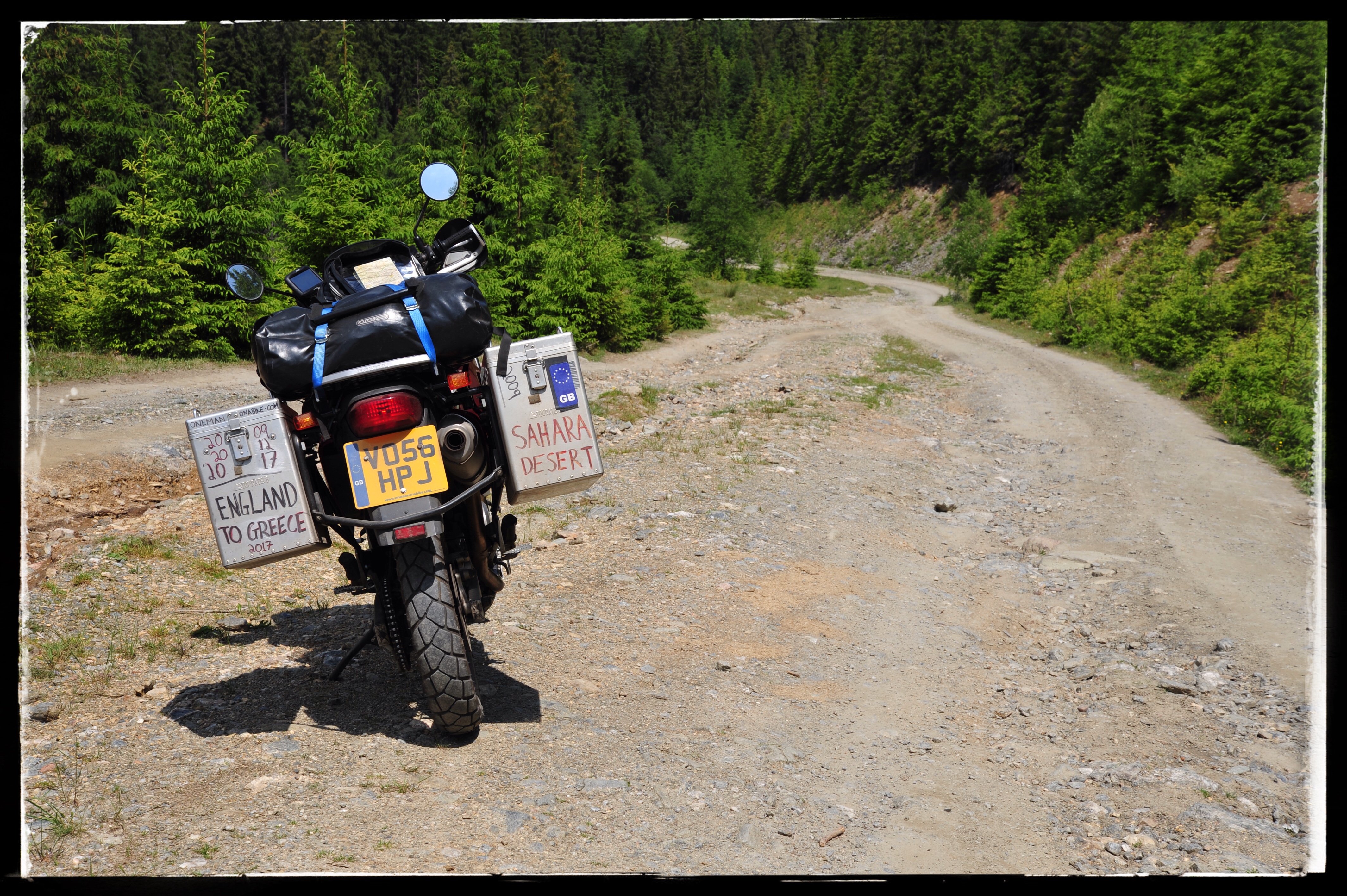 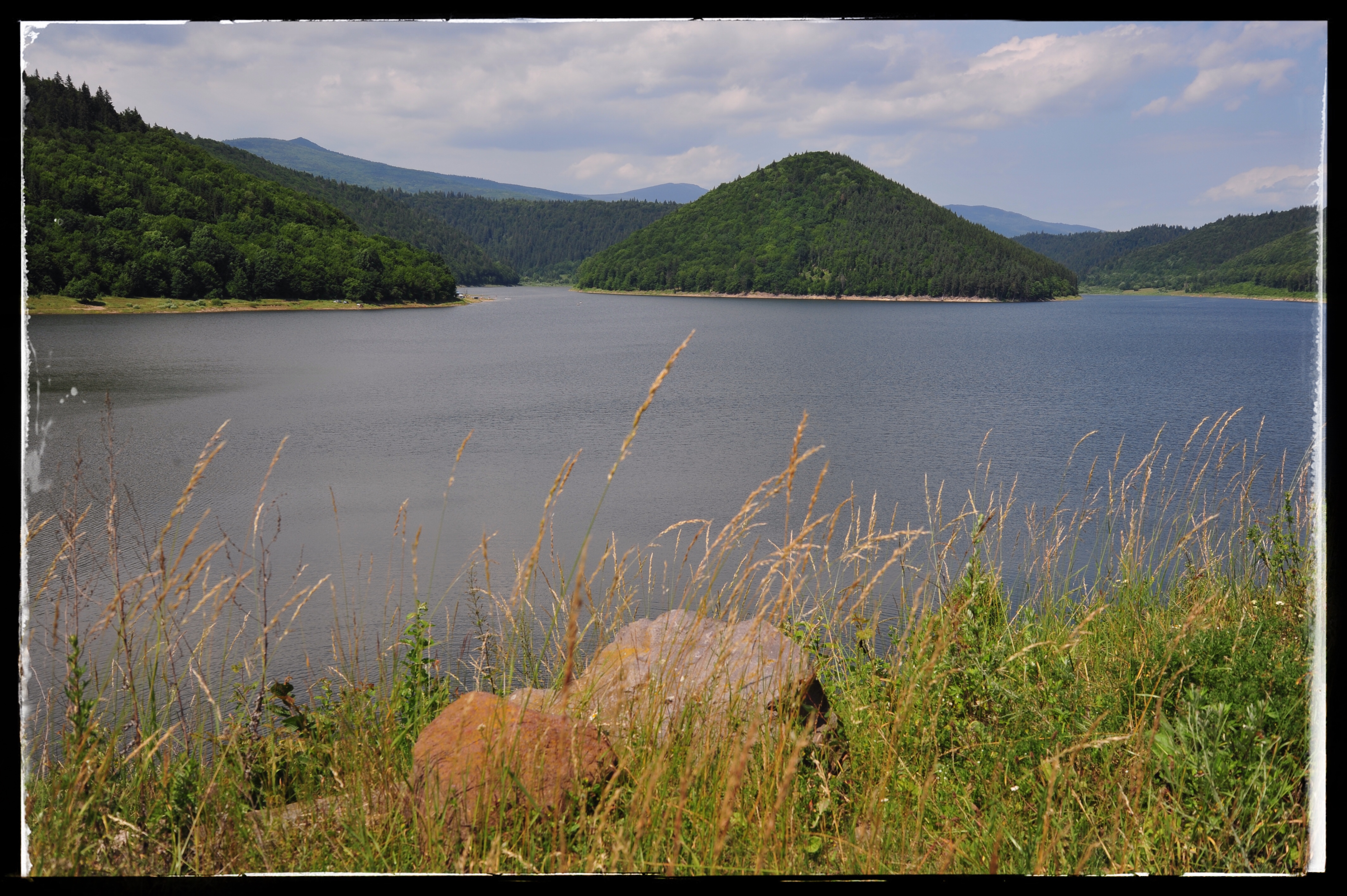 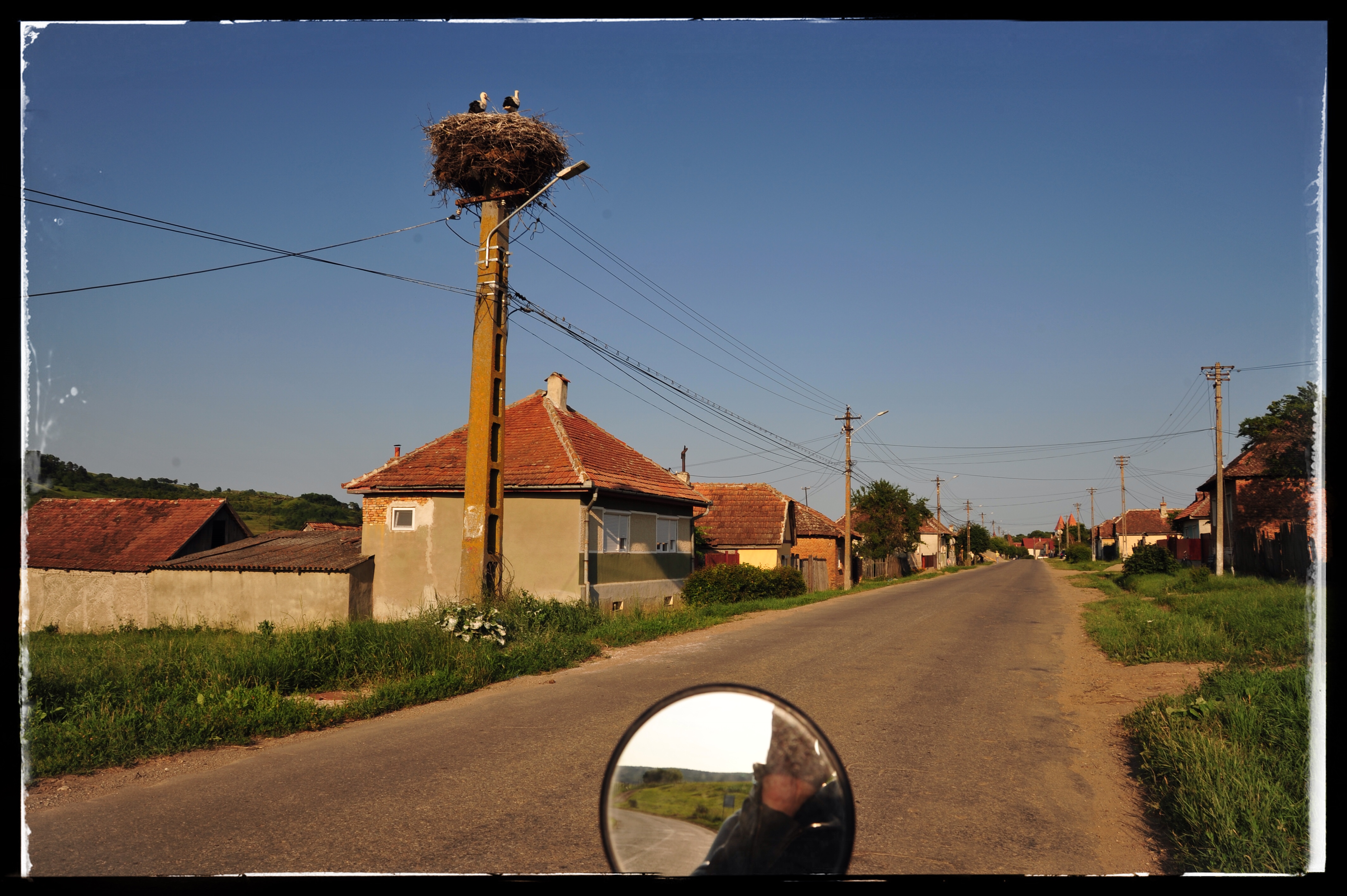 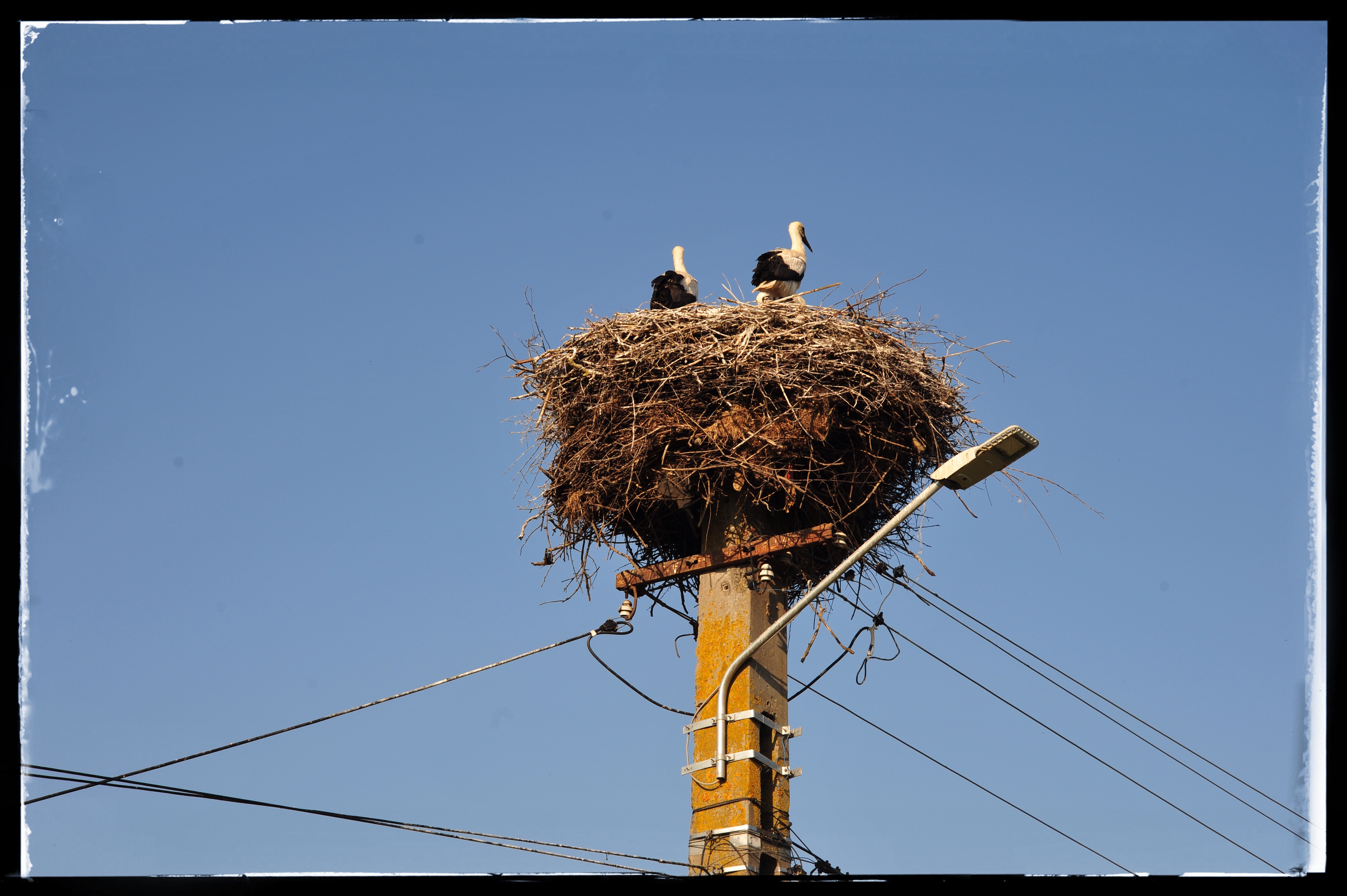 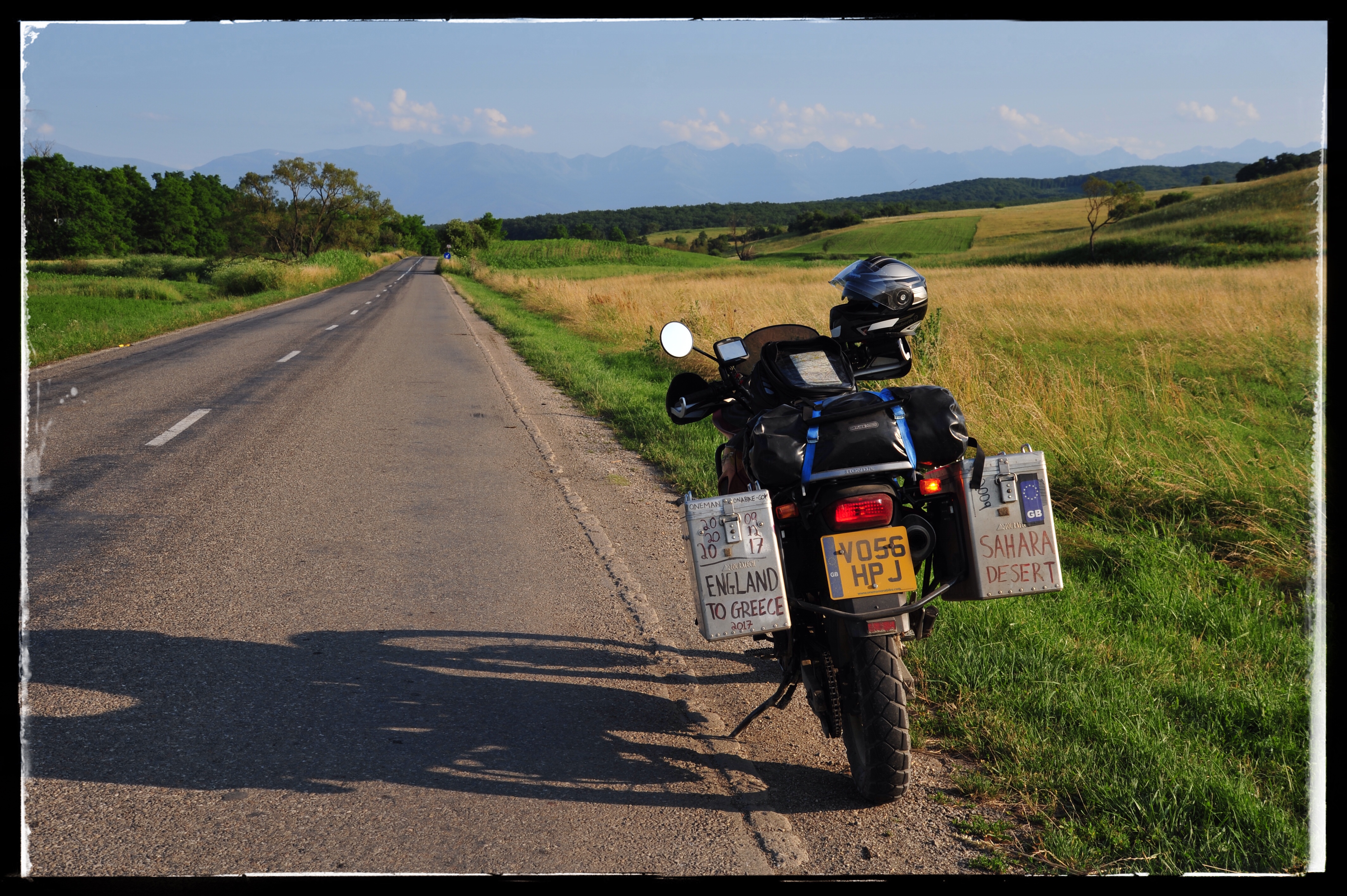