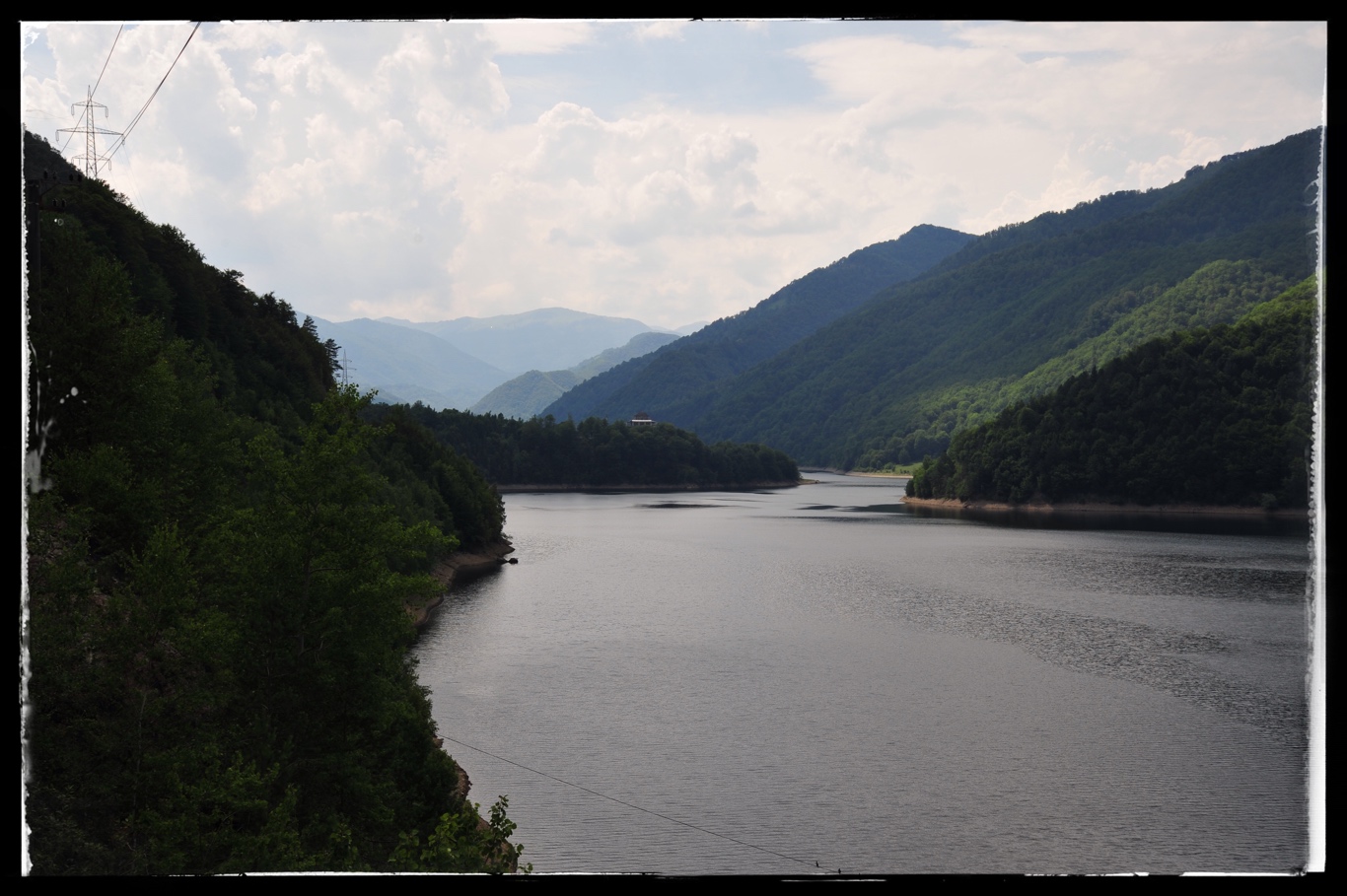 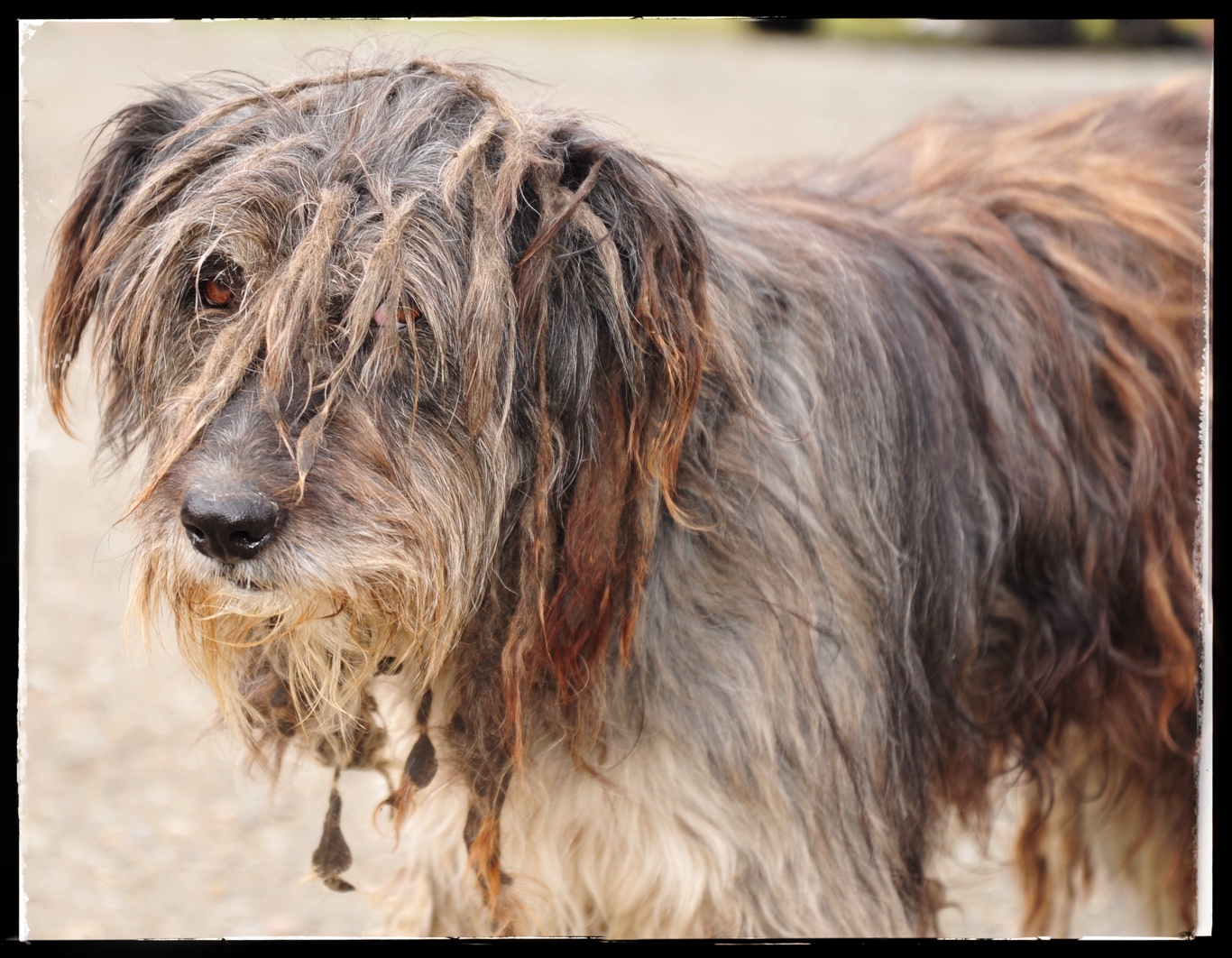 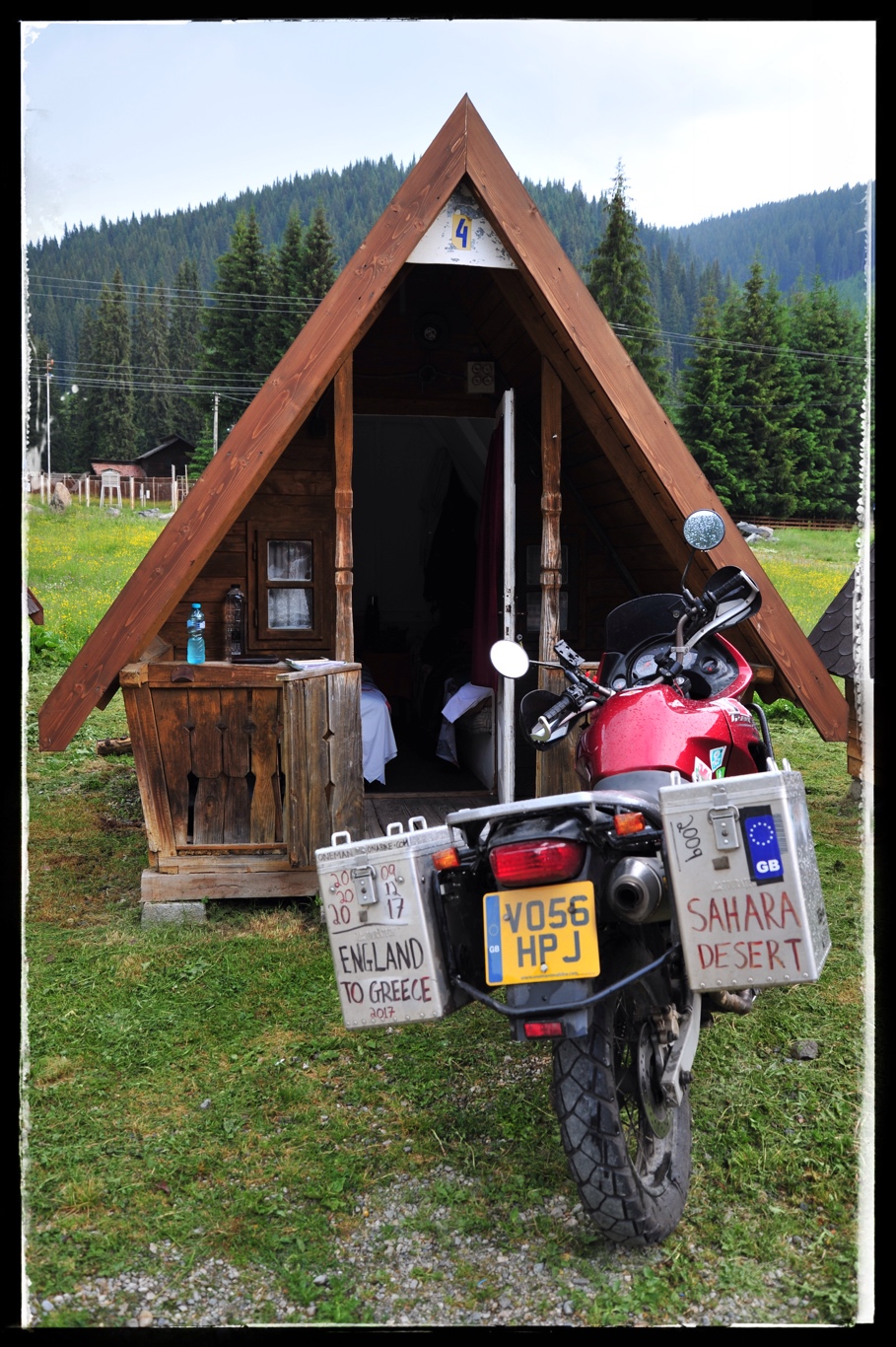 As far as Monday’s go I have to say, this one takes some beating. What an incredible day!

Last night I finally rolled into a camp site at around eight o’clock and happened across a group of people from Poland on Honda Transalps (like mine). I pulled up next to them and set up camp. When I enquired about food at reception they told me there was a small shop down the road but I could be bothered so sat in front of my tent and opened a packet of crisps I’d found in one of my panniers. Just then, one of the girls appeared with some pizza for me, I accepted a slice graciously and wished I had more than just fizzy coffee and half a packet of cheese and onion crisps to offer. It turned out that they were planning on riding the Transfagarasan Pass too. After a lovely shower, and a liberal dusting of talc for my bottom, I sat in front of my tent and wrote my blog.

So Monday. I woke up feeling nice and fresh after a decent nights sleep. Said goodbye to my friends in the bay next door and after photographs and exchanging some contact details, departed for the Transfagarasan Pass.

The road was an absolute pleasure to ride and the bike performed flawlessly even up at over six thousand feet. Every time there was a beautiful photograph opportunity I’d go through the same old routine of pulling over, finding neutral, putting the side stand down, getting off the bike, taking off my gloves, taking off my helmet, unzipping the tank bag, finding the camera, composing the shot and finally taking the shot. Then I’d do the same in reverse before setting off again. Then to my frustration there would always be another beautiful vista, just a little better than the one before, just one hundred yards down the road and is was the old routine all over again.

“Not another beautiful bloody visa” I said in my helmet more than once. I do hope the photographs do the place justice.

About half way through the pass there is a tunnel which cuts through the very top part of the mountain. As you approach it it’s completely dark with the exception of some rather dim lights which show it dropping down steeply. I couldn’t shake the feeling that I was about to descend down a mine shaft. The eerie feeling was not helped by the amplified growling, cracking and popping noises my bike made. The huge temperature drop inside the tunnel was very welcome though, even at around six thousand feet.

As I exited the tunnel I was presented with devastatingly beautiful scenery in every direction. It also dawned on me that it was, in fact, Monday morning. The combination of all this all at once resulted in me feeling like the luckiest person in the world. I stopped, drew a picture in my pad, and took some photographs. The last photograph was taken as a lady drove passed in her car, she screamed, then shouted Monday!”

With my “It’s Monday Morning!” Photograph taken I continued down the mountain and through the rest of the Transfagarasan Pass. Once complete I tried hard to log the memory in my head for prosperity.

At the lower altitudes of the Transfagarasan Pass there water pipes sticking out of the mountain rock and lots of people floating around. I stopped to see what was going on. It turned out that the water is incredibly pure and everyone fills up all their containers with this wonderful water. I filled all my containers up including the thermos. The water is wonderful and freezing cold.

Next on my list was the Transalpina Pass which is further to the west. I plotted my route on the map and made my way there. Before starting the Transalpina Pass I had to fill up with fuel so pulled over at a petrol station, filled the bike up and bought a roll for me. Immediately I exited the building I was joined by a scraggy little friend who I think may well have been a golden retriever. The poor girl was looking like she’d seen better days and needed a friend so I sat down and shared my lunch with her. She ate the food quickly and drank up the water, then when the food was gone she left. I sat and watched as she walked away, it’s no life for a dog in this hot climate. Poor thing.

When I reached the Transalpina Pass I asked my GPS to find me a camp site. The closest one was almost fifty kilometres away so I jumped back on the bike and started on my way. The road started the climb, then climb further and before I knew it I was at about three thousand feet. The sky was getting darker and darker and threatening rain. I continued hoping the rain would hold off but with just eight kilometres to go the heavens opened. Riding in hard rain is a horrible experience but you just have to slow down, shut your flaps (so to speak) and get through it. I’d done all that and was counting down the tenths of each kilometre when there was a bloody great flash of bright light and a huge deafening bang! I instantly let loose with a string of graphic expletives that cannot be reproduced here for risk of offending everyone. Usually I love thunder and lightning but that was way too close for comfort, I saw the flash and heard the band at the same time and could smell burning within seconds of the strike. As I was so high up and the only thing higher than my highly conductive head was a power line I felt completely vulnerable. The expletives continued for some time but before I knew it I’d reached the safety of my camp site. Feeling the need for something a little more secure I opted for my own little villa.

So, my villa for the night is all set up, I’m really looking forward to sleeping in a real(ish) bed tonight as the floor of a tent seems to have got harder as I got older. I’ve visited the restaurant where I asked for a typically Romanian dish. I was presented with half a fish with potato and lemon which was absolutely gorgeous. I saved a bit for the dog that’s been roaming around. They call it Bob Marley, I’m sure you can see why.

I’m now sitting here thinking about the people crossing me yesterday and almost being struck by lightning today. Coincidence?

Oh, and I’m not sure about the bears or vampires but the bloody horse flies bite like bastards. I’m far more lumpy than I’m happy with and dare not scratch them in case I turn into elephant man. I think it might be my girly soap that is attracting them so I’ve decided not to wash for a while. 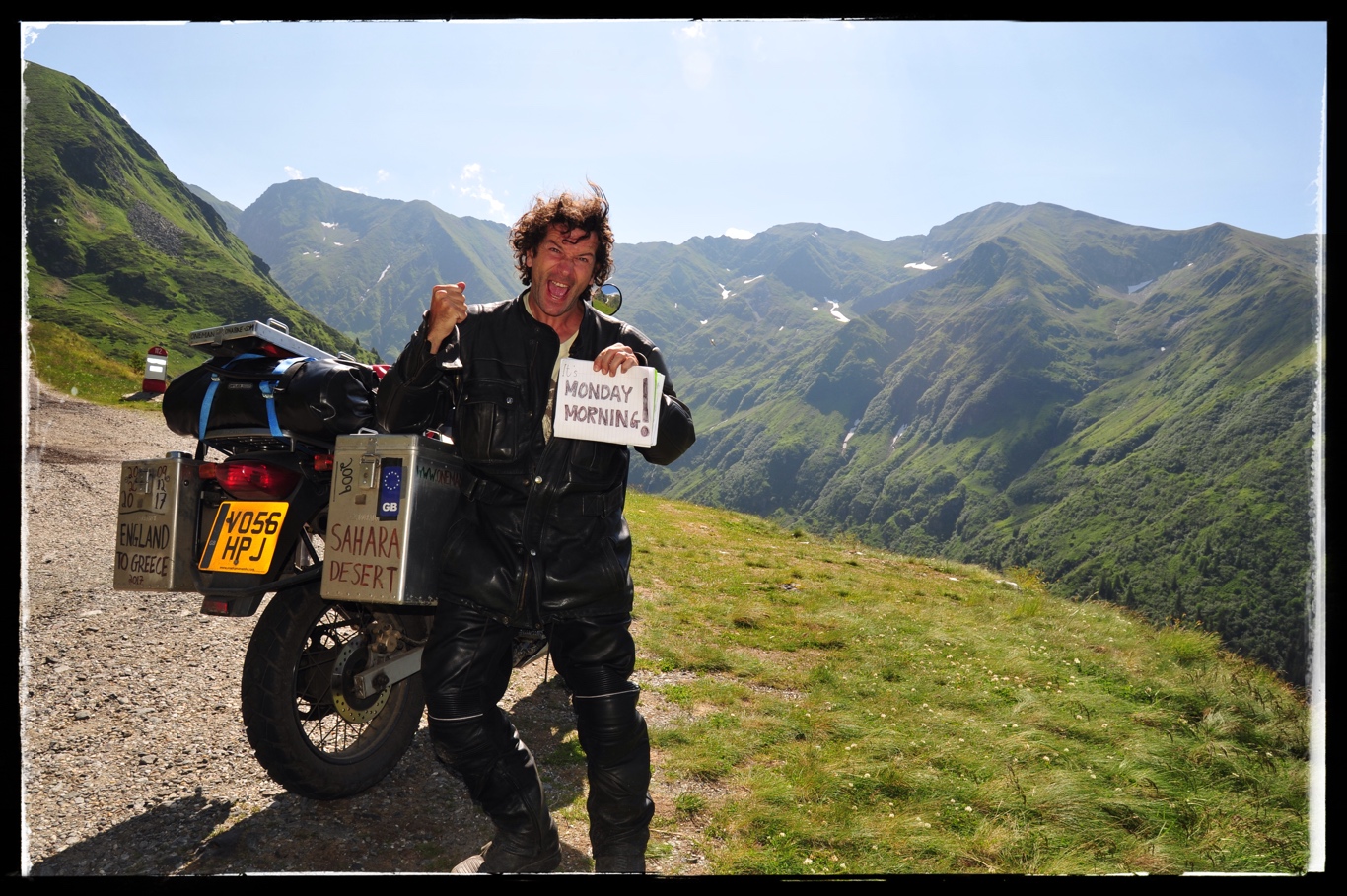 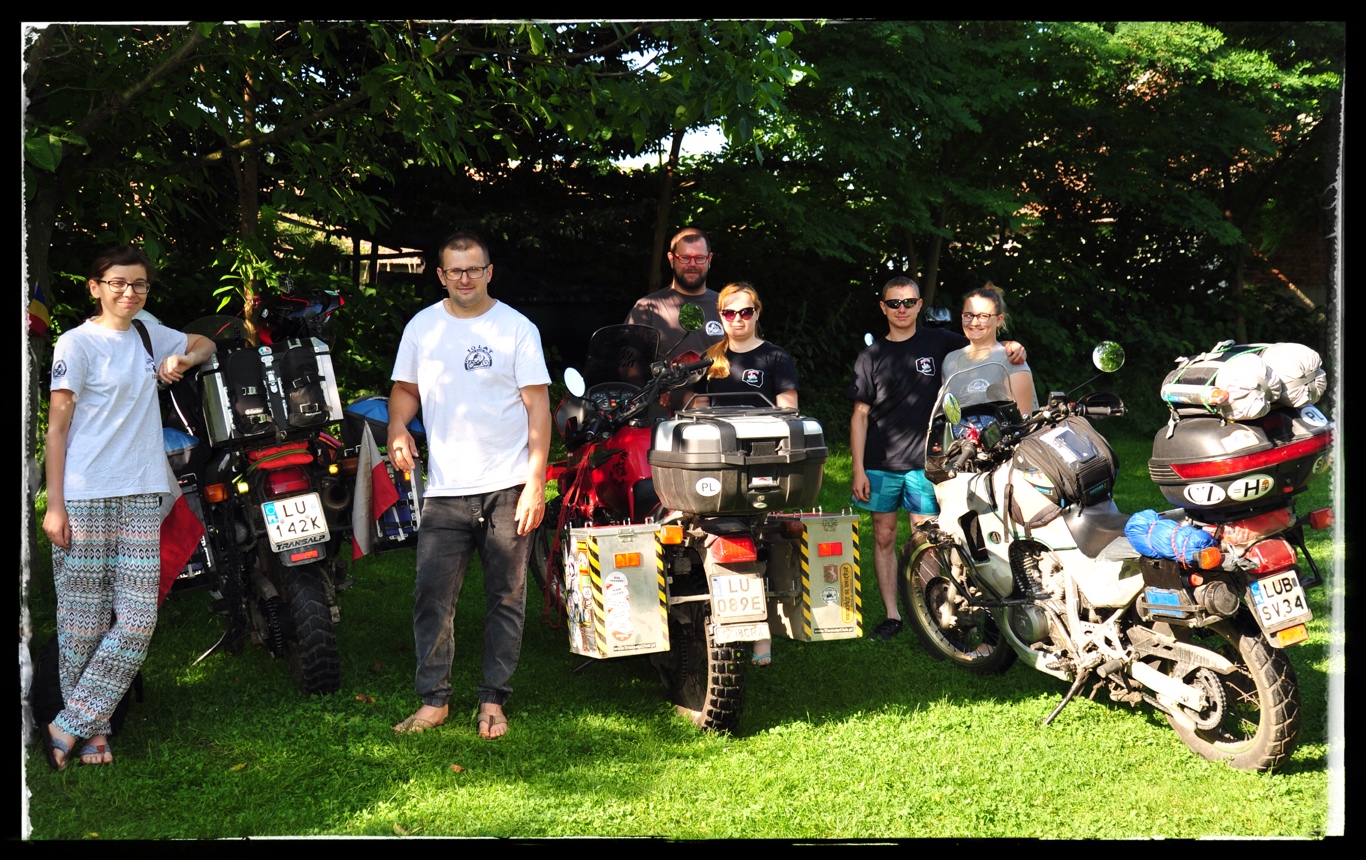 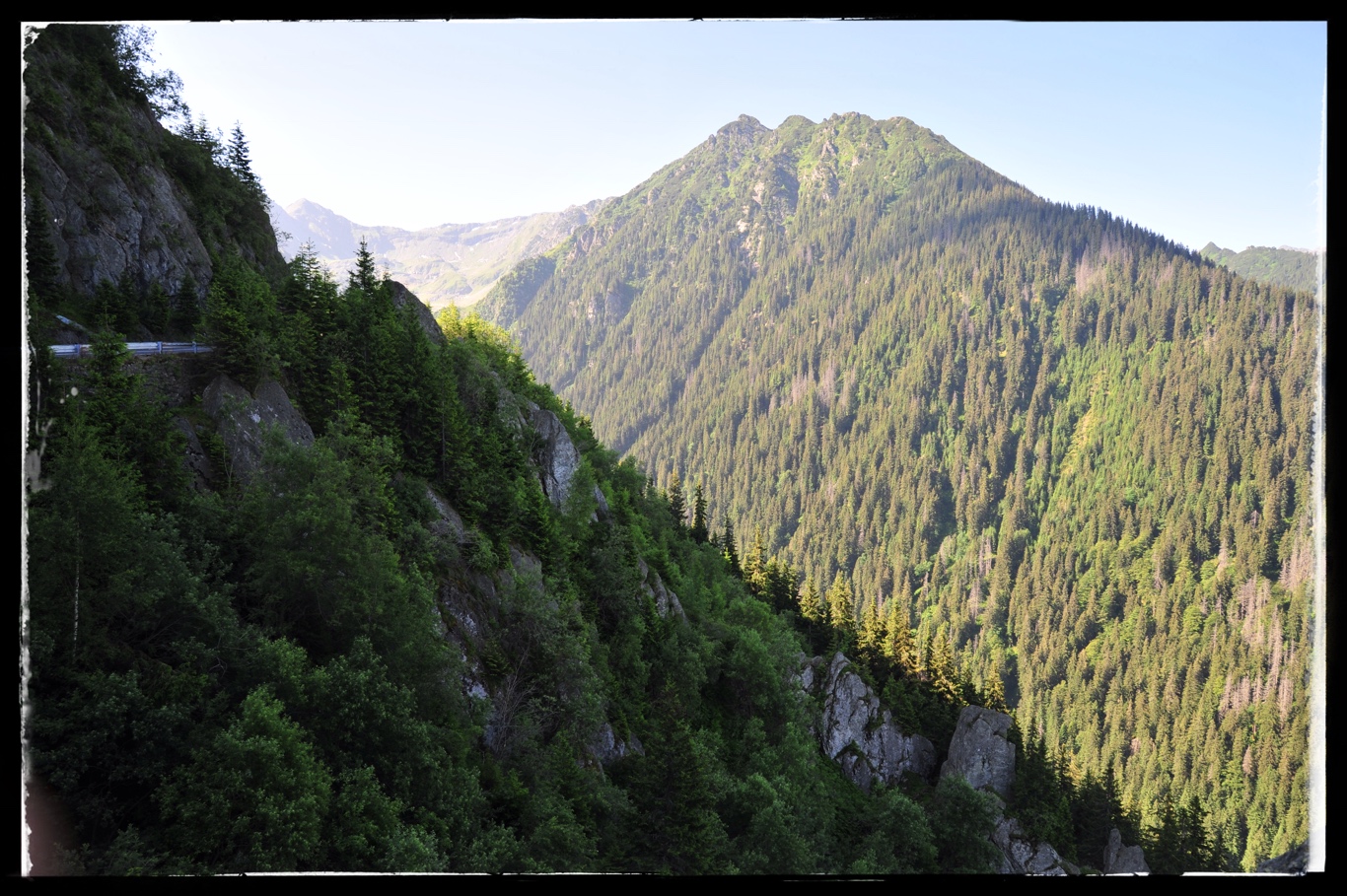 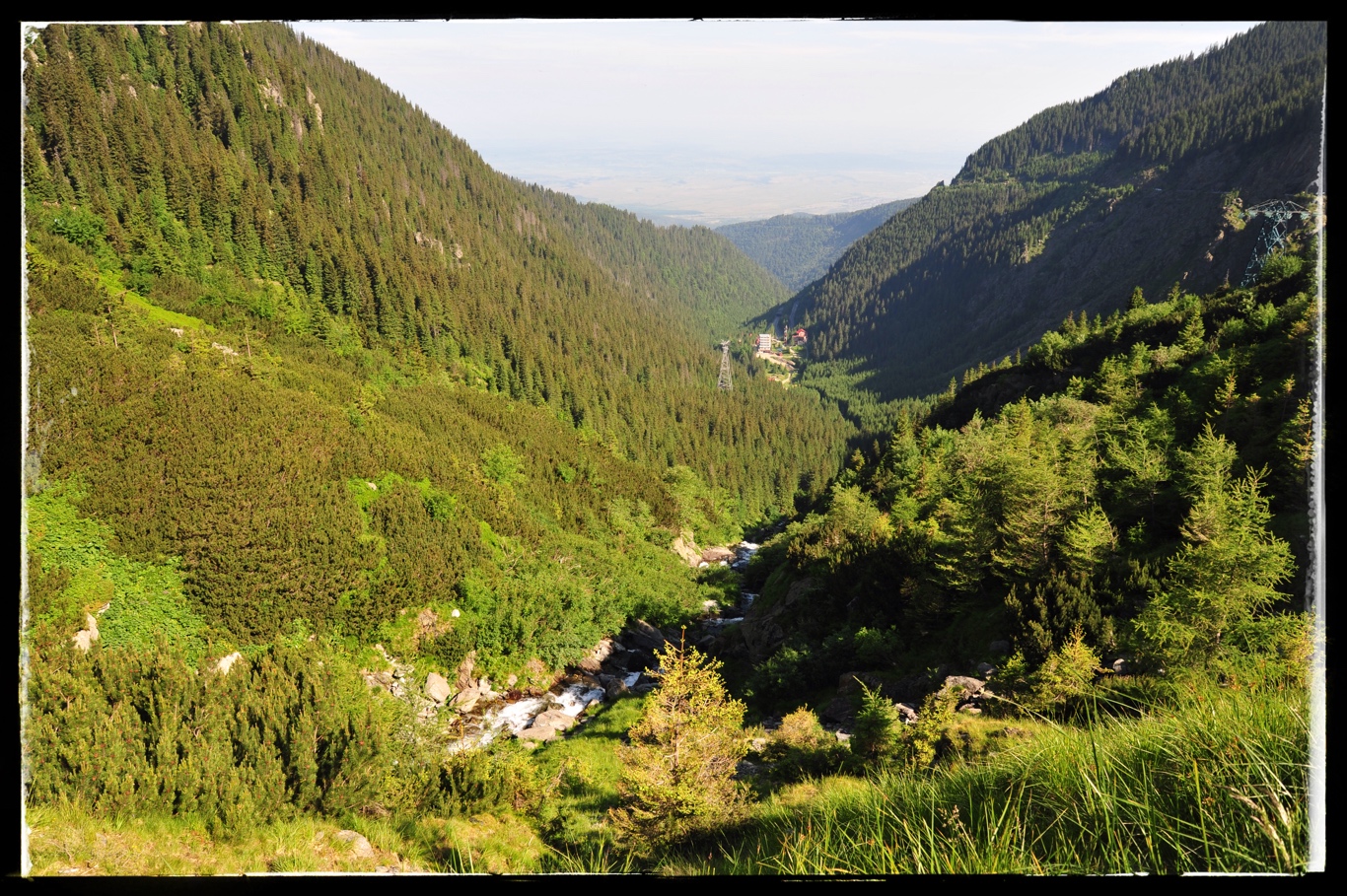 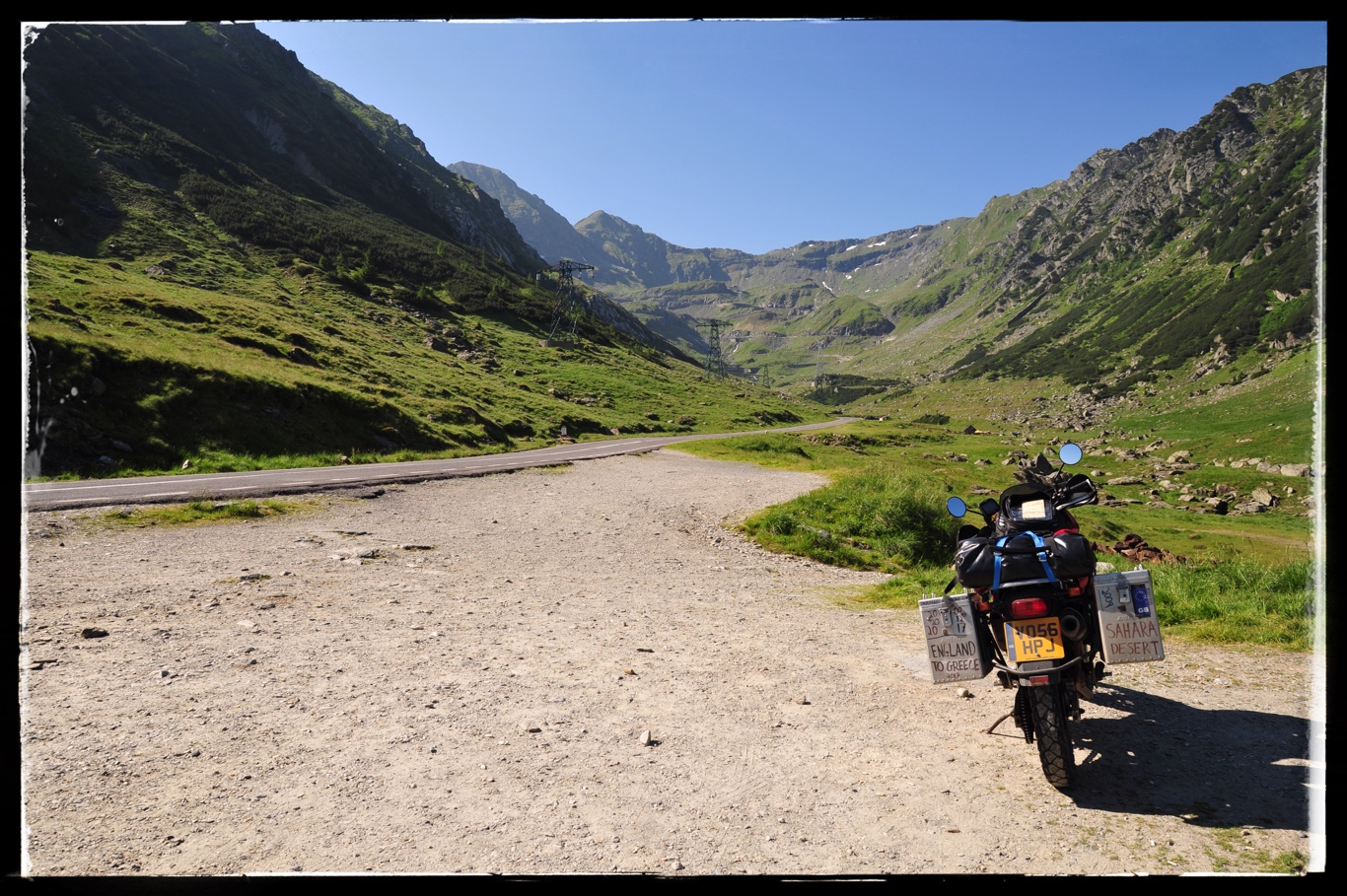 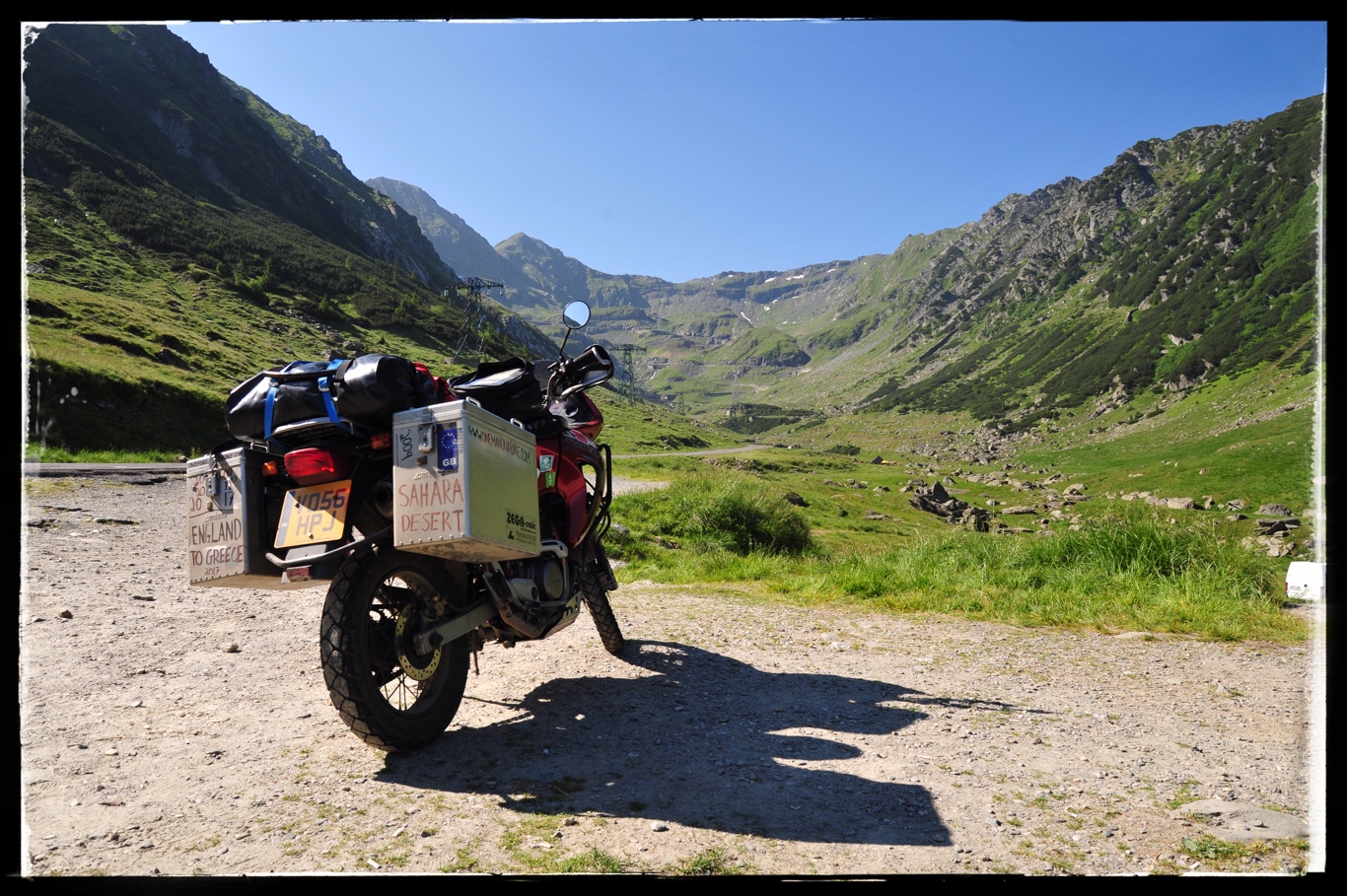 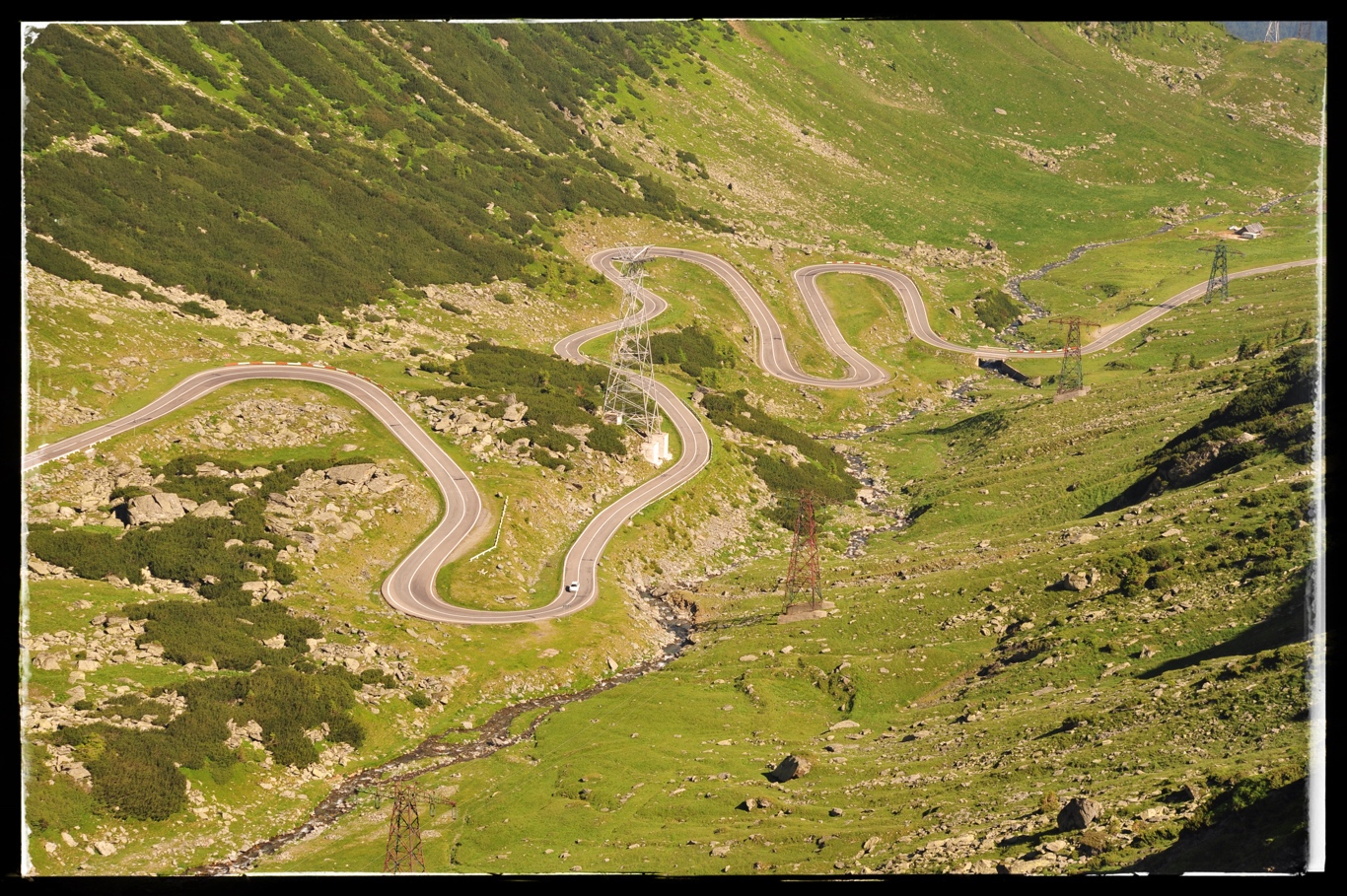 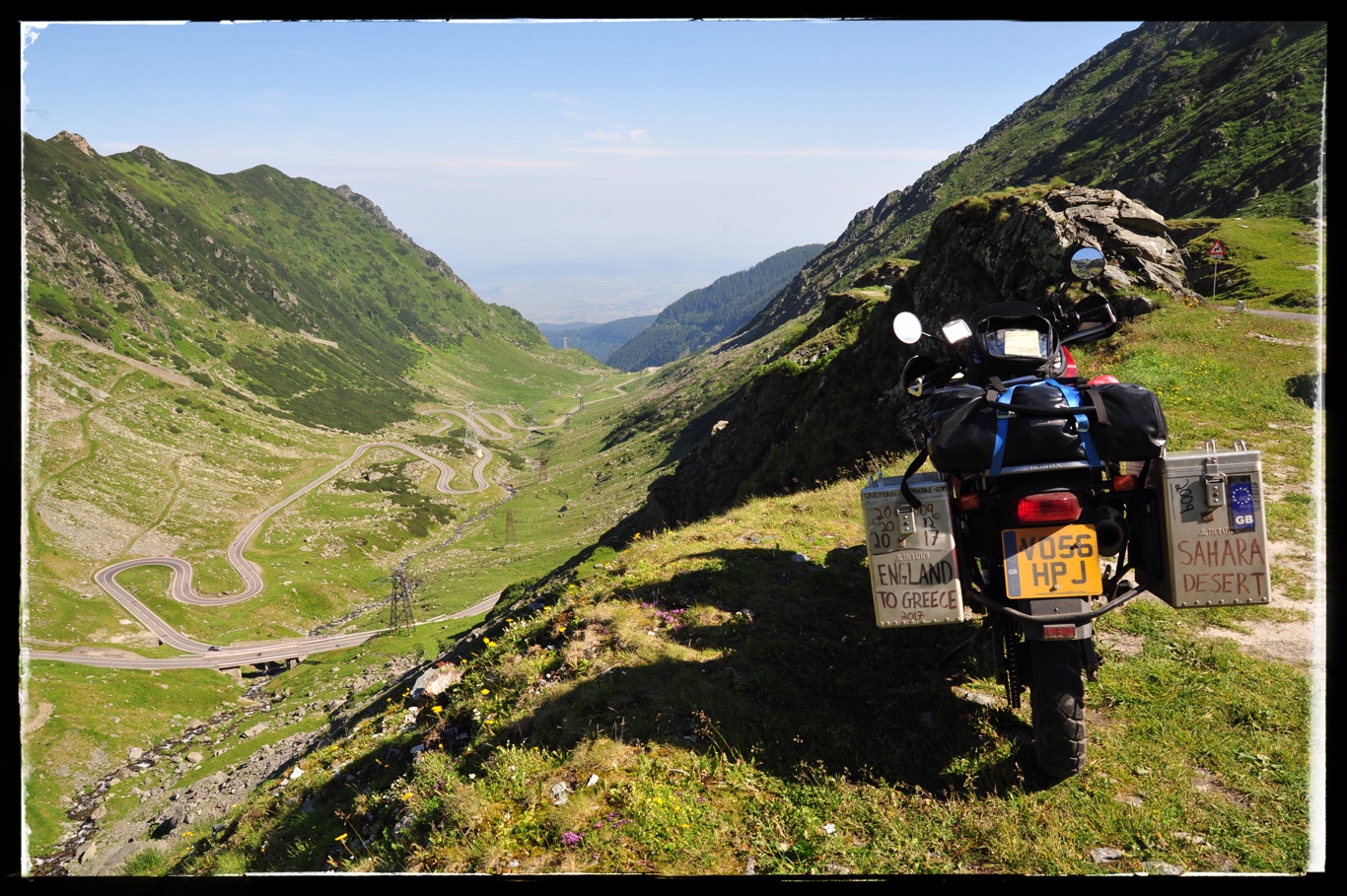 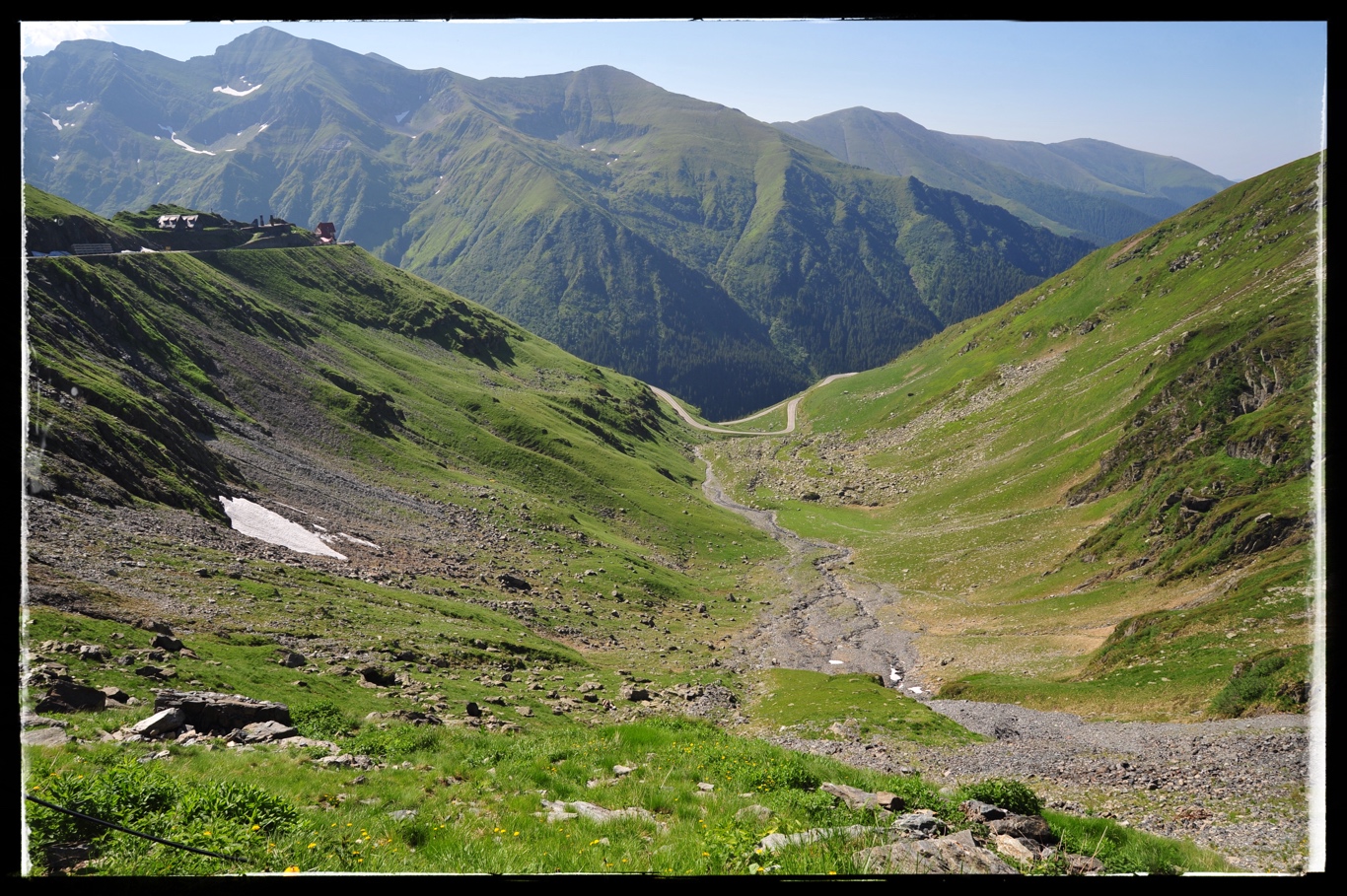 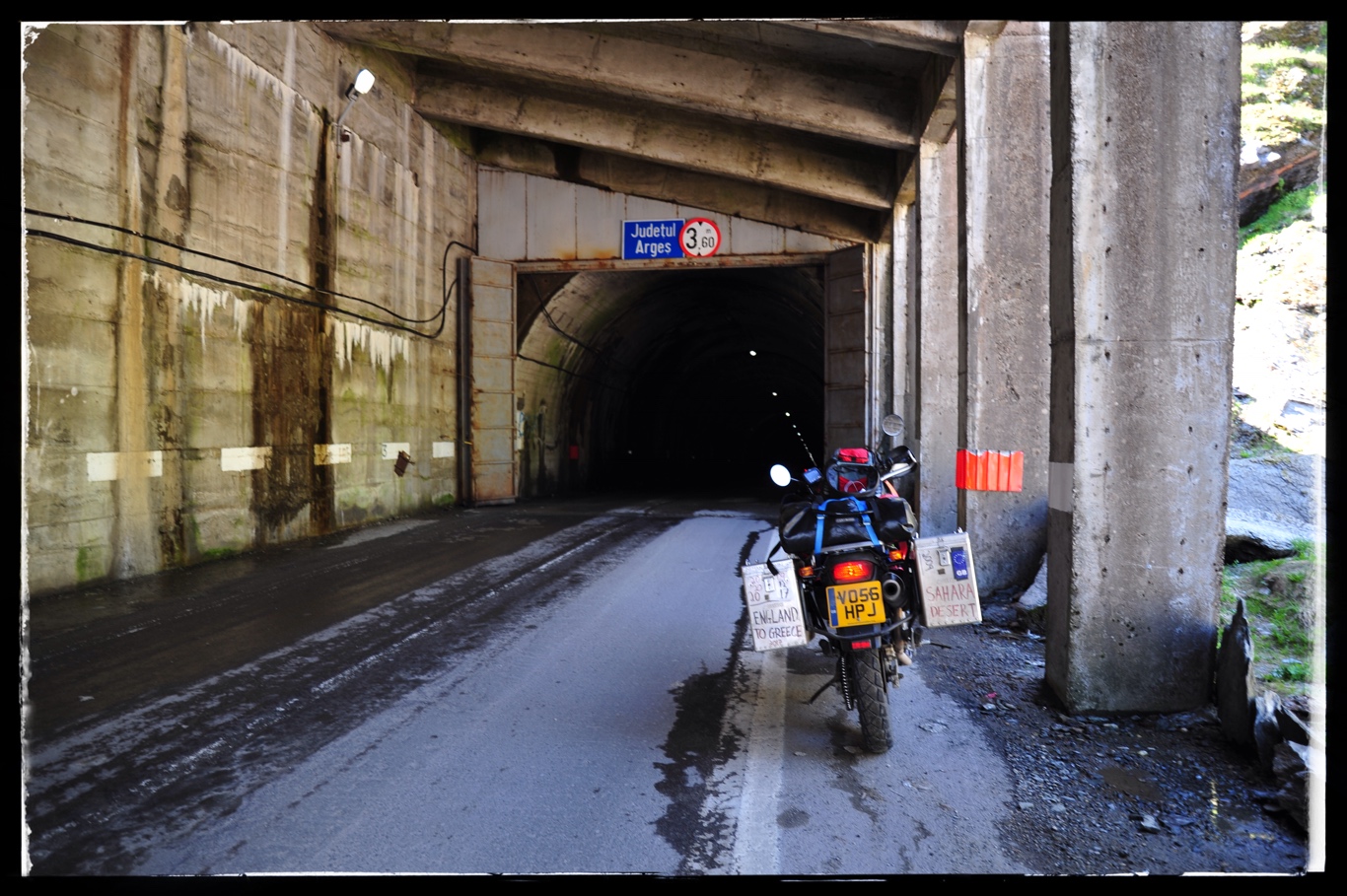 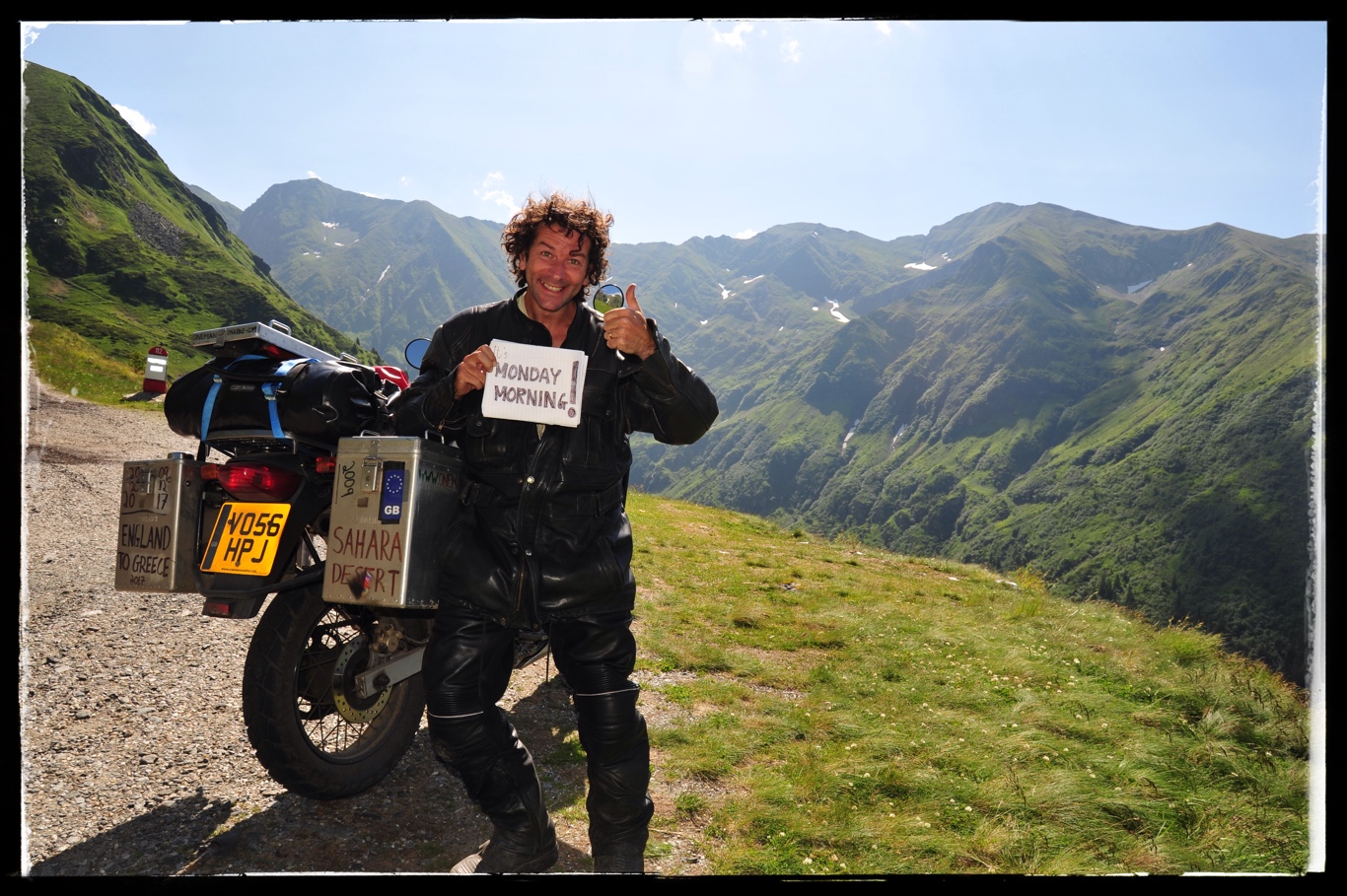 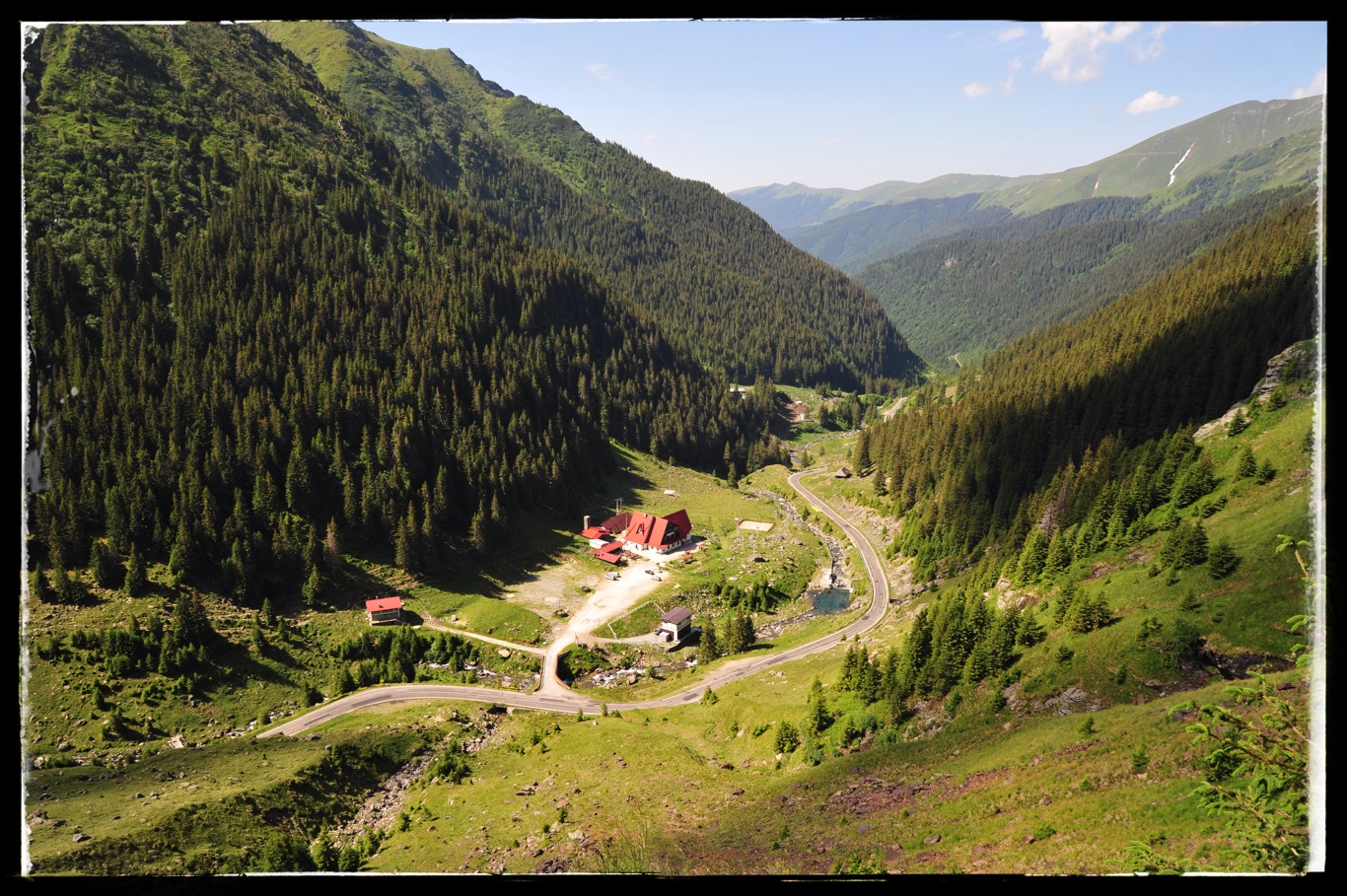 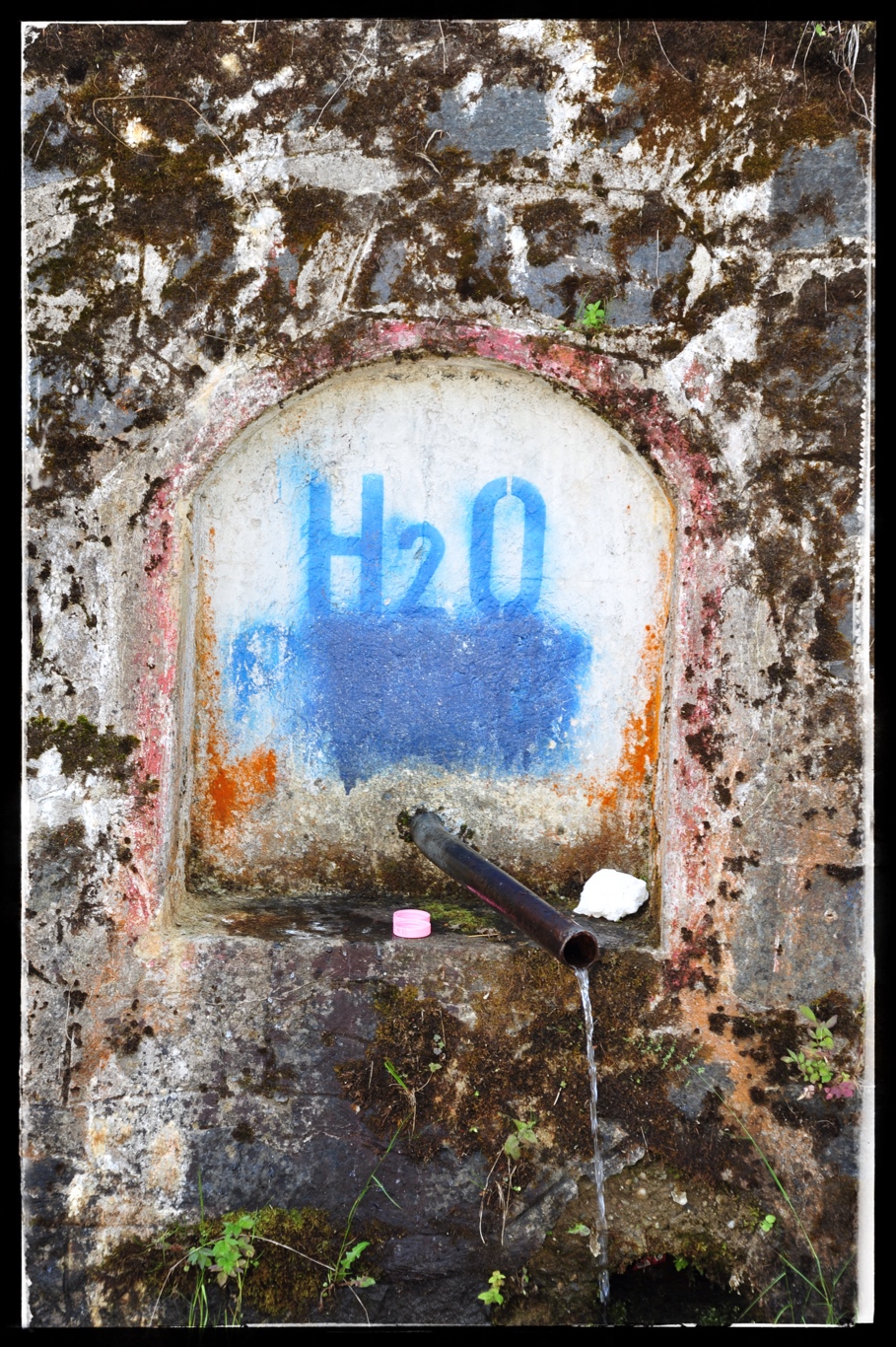 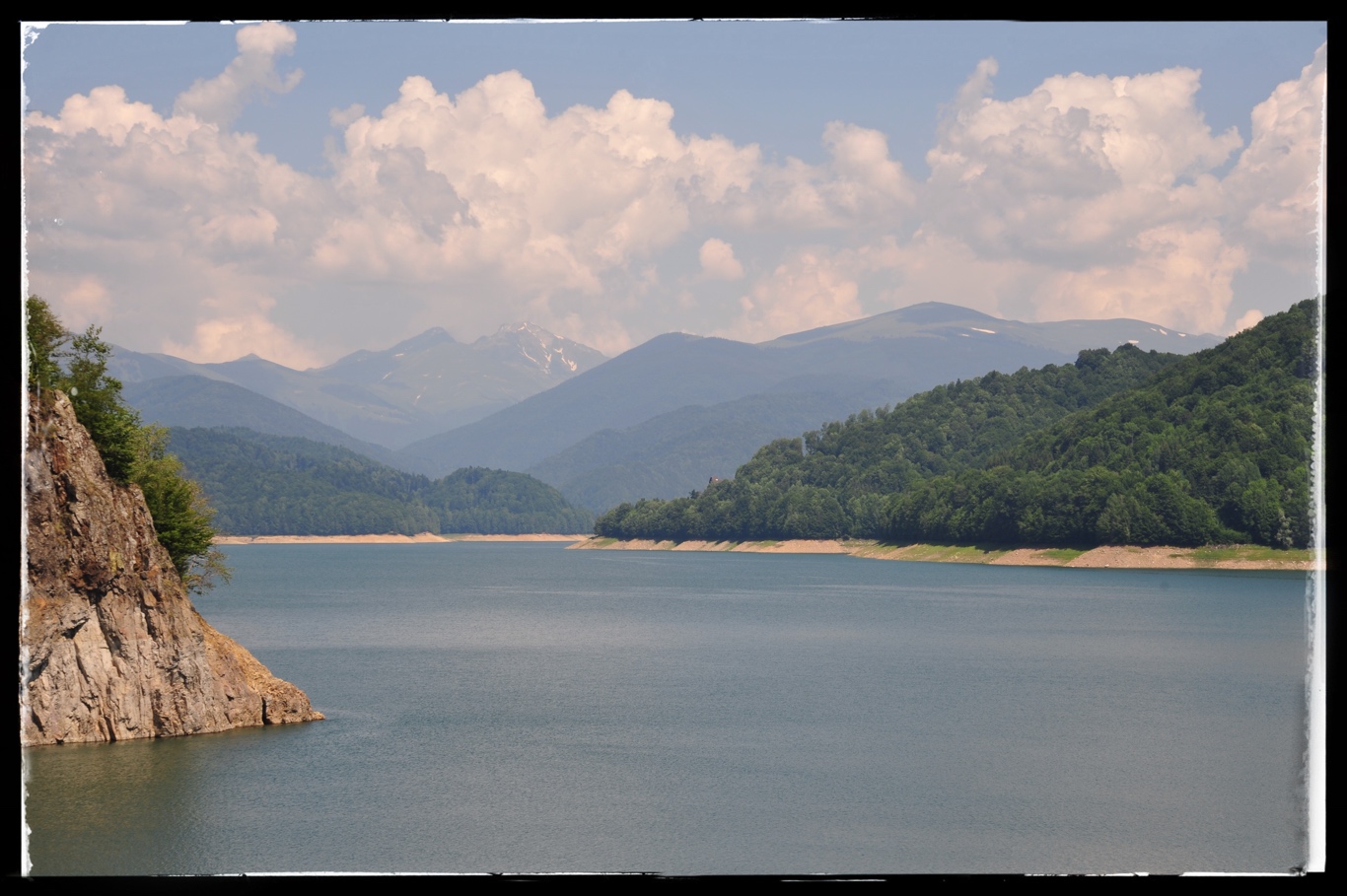